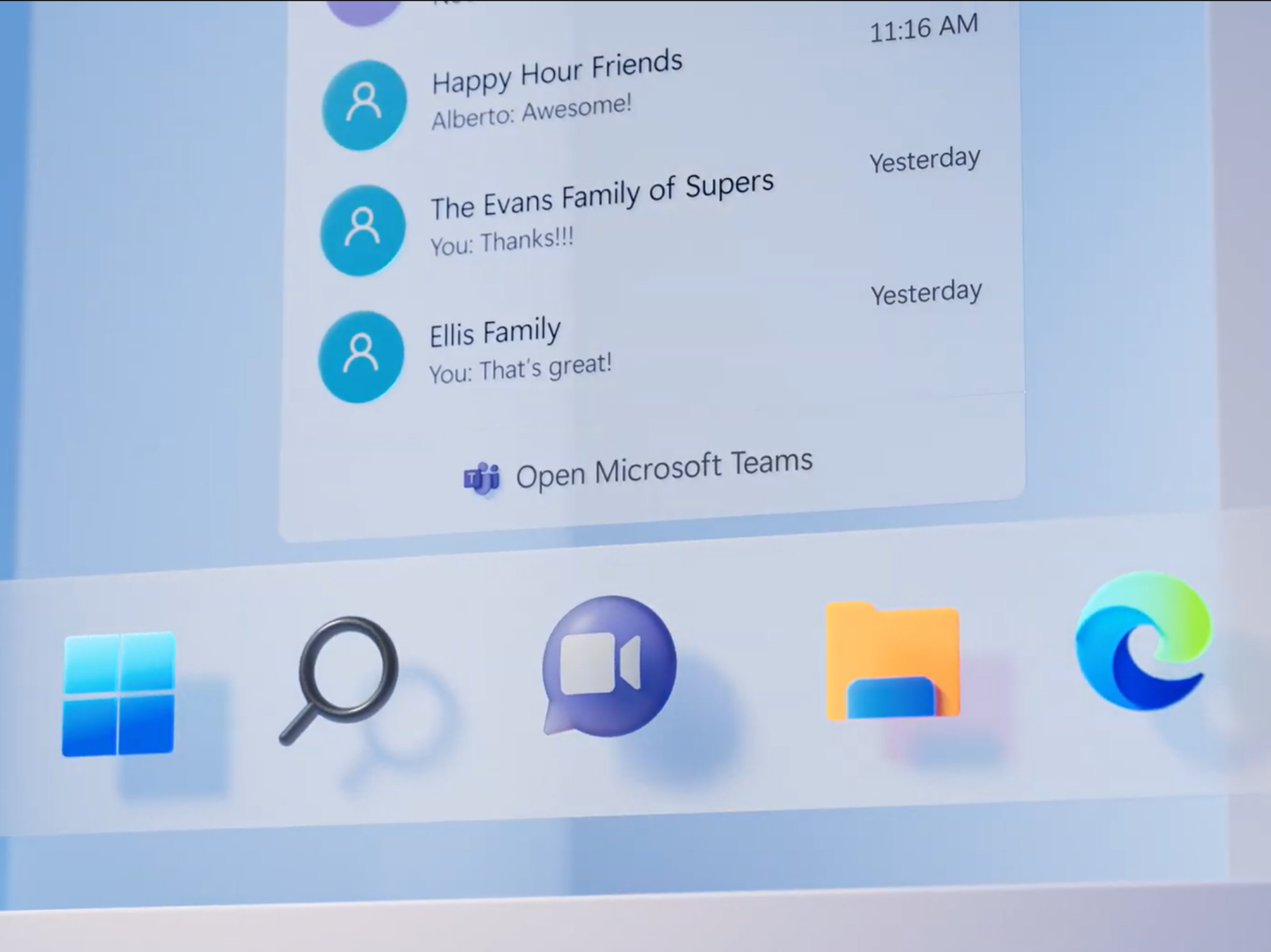 Microsoft is rolling out the first preview of its Chat taskbar flyout for Microsoft Teams to Windows 11 Insiders on the Dev channel.

Microsoft is rolling this out in stages, in the first stage you’ll be able to “sign in, add contacts, and connect via individual and group chats.” Over next few weeks, the company will enable audio and video calling, meetings, screen sharing and more. All you have to do is be on the Windows 11 Insider Dev Channel, if you are already on the latest Windows 11 Insider Dev Channel build then all you need to do is reboot to enable the new app. Not all Insiders will get this enabled right away so don’t fret.

During the Windows 11 unveiling Microsoft showed of a new purple video icon featured on the taskbar. Microsoft calls this app ‘Chat’ and it is powered by Microsoft Teams. The Chat app features the ability to quickly launch your recent conversations, share images, documents, chat and video call easily.

The Chat app features a prominent Meet Now button which starts a video call where you can invite anyone even if they don’t have a Microsoft account. You can also text via SMS to iPhone and Android phones too. Chat seemingly replaces Skype on Windows 11 as the all-in-one communication platform as Skype isn’t installed by default in Windows 11. Don’t worry though, Skype lives on inside of Teams, much of its underlying tech is what powers Microsoft Teams and the new Chat app.