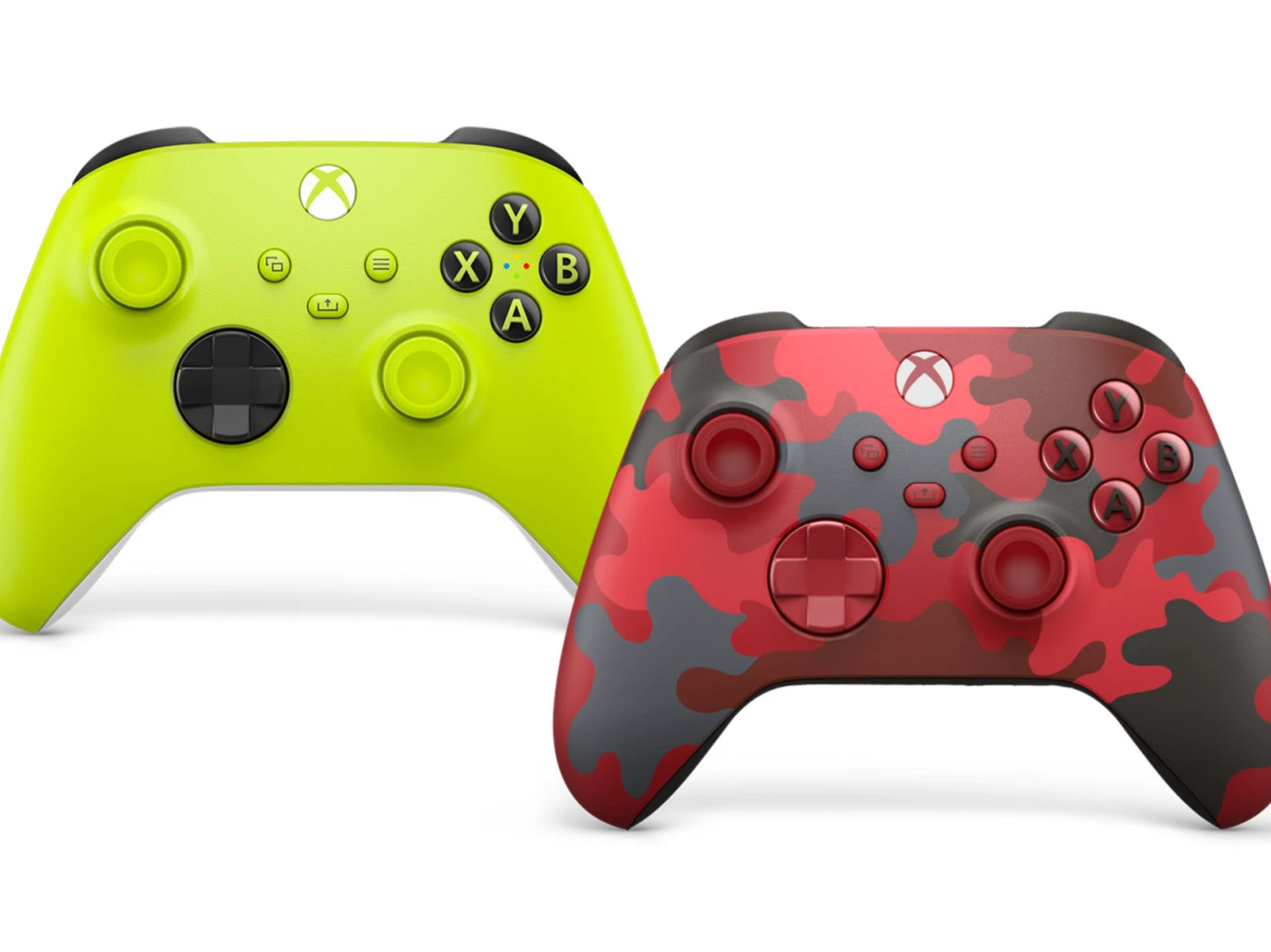 Microsoft’s efforts to become more sustainable across the Xbox product lifecycle, now applies to Xbox Wireless Controllers. With the new Electric Volt and Daystrike Camo Special Edition controllers, the company is incorporating post-consumer recycled (PCR) resins for the first time in any Xbox hardware. Both controllers will contain a portion of resins made from recycled materials like automotive headlight covers, plastic water jugs and CDs. The company expects no compromises from these recycled materials either, as their testing shows the materials provide the same controller durability or performance gamers have come to expect.

Inspired by the energy and vibrance often found in athletic apparel and sneaker design, the Xbox Wireless Controller – Electric Volt is the newest color in the current generation of Xbox controllers. Electric Volt builds on the same, striking color theme of Shock Blue and Pulse Red but takes it up a notch with a high-energy, yellow resin not yet seen on Xbox hardware. The high-vis yellow top case punches hard against the matte black hybrid D-pad while the white back case adds even more dimension to the design. Textured grip on the bumpers, triggers, and back case help provide greater control through every gaming session. The new Xbox Wireless Controller – Electric Volt will be available for $64.99 USD beginning April 27 in most Xbox markets worldwide and can be purchased at select retailers, including Microsoft Store.

To celebrate our two new controller designs, Xbox Gear Shop chose Electric Volt and Daystrike Camo as the color inspiration for the first release in the new Xbox Icon Collection, a series of limited-run gear inspired by iconic elements of the brand. The premium, everyday apparel is designed for you to rep your love for all things Xbox in comfort and style. The Electric Volt and Daystrike Camo-inspired apparel will be available in unisex sizes at Xbox Gear Shop beginning April 21. Xbox Gear Shop ships internationally to most countries from the U.S., but as quantities will be limited, be sure to lock yours in before they’re gone for good.