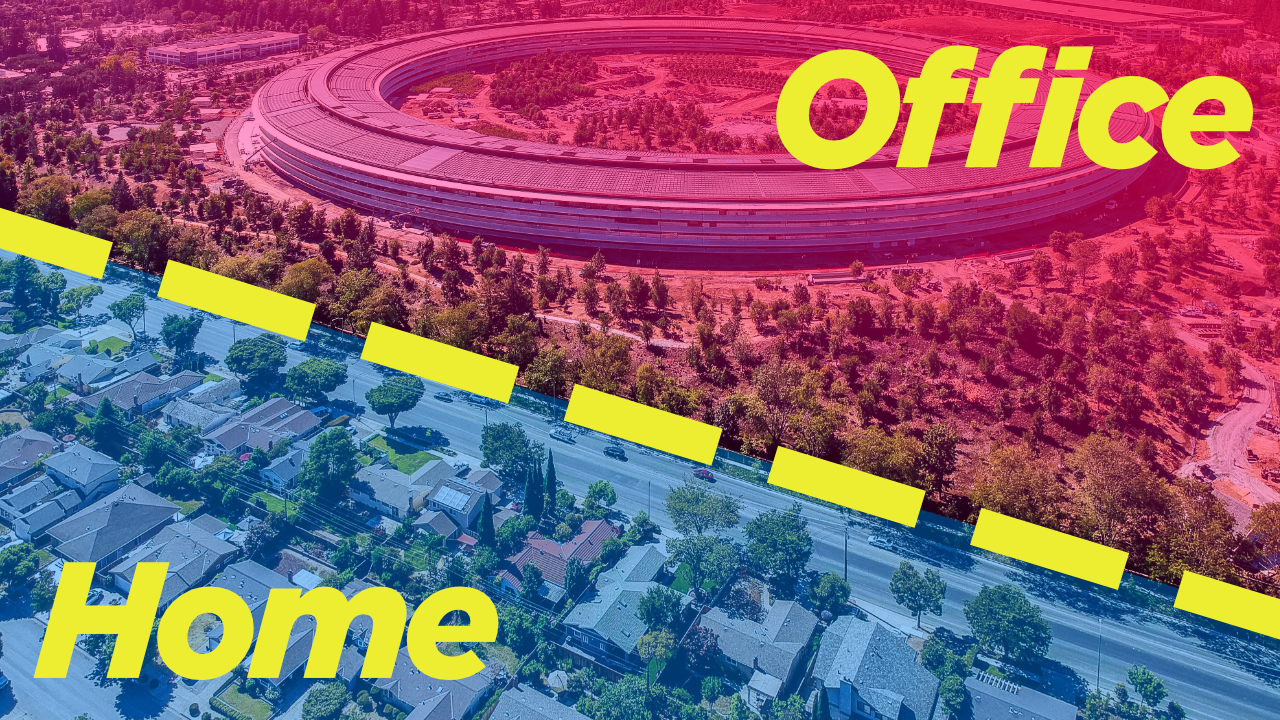 Apple’s plan to require its employees to return to the office is being met with resistance once again in an apparent fight for the future of what knowledge work will look like going into the rest of the 2020’s.

According to Forbes “Employees want access to corporate resources anytime, anywhere, whether on a company-owned device or BYOD. Enterprises aim to build borderless offices worldwide to improve productivity and responsiveness. Thus, data has begun to live life on the edge—residing in the cloud and increasing risk of data leakage, compromise and theft.”

Forbes went on to say “Combine the proliferation of cloud apps with operating systems such as Windows 10, macOS, and Google Chrome OS that are now acting similarly to their cousins more commonly associated with “mobile”, and you quickly realize that the way work gets done is forever changing.”

Although Apple employees are required to return to the office on September 5th, Apple Together is pushing back according to a report by the Financial Times “

Apple employees are pushing back against the iPhone maker’s call for workers to return to the office next month, arguing that they have shown they can perform “exceptional work during two-plus years of flexible arrangements. Apple Together […] began circulating a petition internally on Sunday, demanding “location flexible work.”

The group believes that employees are both happier and more productive becuase of the greater flexibility enjoyed during the last two years. The groups reasons range from having more quiet, uninterrupted time to devote to concentrated work. The group also cites having more energy and enthusiasm for work without a two-hour round-trip commute that many employees have to endure for the privilege of working at Apple.

Apple Together criticizes the executive team’s point about “the serendipity that comes from bumping into colleagues,” onsite in the office. This argument is countered with “We don’t have just one office, we have many. And often, our functional organizations have their own office buildings, in which employees from other orgs cannot work. This siloed structure is part of our culture. It doesn’t take luck to overcome the communication silos and make cross-functional connections that are vital for Apple to function, it takes intentionality.”

Another point Apple’s executive team has tried to make is the “benefits of in-person collaboration; the kind of creative process that high bandwidth communication of being in the same room, not limited by technology, enables.” Apple Together counters this argument with “But for many of us, this is not something we need every week, often not even every month, definitely not every day. The Hybrid Working Pilot is one of the most inefficient ways to enable everyone to be in one room, should the need arise every now and then.”

Additionally, Apple Together has said that many workers find that working in an office with an open office floor plan inhibits the “deep focus” for “extended amounts of time” required for their “creativity” and excellence in their work product. Working “remotely” over the last two years has made reaching out to team members in other countries much easier. “This enabled a kind of international collaboration that we didn’t see before, where especially colleagues from “far away” locations could finally contribute as well as people in our major offices and no longer felt like second-class participants in meetings.”

Apple’s Hybrid plan requires employees to be in the office Monday, Tuesday and Thursday with Wednesday and Friday designated as work-from-home (WFH) days. Some orgs within Apple need to be in the office more than just three days per week. Appel Together hass made the point that many Retail roles could easily be done remotely and these roles get lumped into those who need to be on the retail floor. They go on to describe how Apple Care works are 100 percent WFH, but other employees carrying out similar tasks have to be in the office, but neither of these groups have the “flexibility” to choose the office or home for work.

Apple Together has said they are not demanding that “everyone be forced to work from home,” just that within their own teams they decide what kind of arrangement best works for each team member. As for Apple’s claim that exceptions are approved on a “case-by-case basis,” the author says that they have seen whole departments “where not a single exception was approved during the last year despite several people having been approved for remote work in the years before” 2020 and 2021 where working from home became mandatory, amounting to a step backward in so called “flexibility” for many teams at the Trillion Dollar Goliath.

Apple Together has also argued that “we can’t believe we need to spell this out, but commuting to the office, without an actual need to be there, is a huge waste of time as well as both mental and physical resources.” The author is making a solid point here, then goes on to drive the point home with “Many of us spend several hours every day commuting to and from the office, only to be in an environment where we can do our work less well or be on a video call anyway, because we need to work with a colleague in an office on the other side of the city, country, or planet.”

For many of us who have worked from home over the last two years, we discovered that we all of a sudden had more hours in each day. “Someone who spends 8 hours a day working for Apple from home, for example, but who has a one hour one-way commute to the office only gets 6 productive hours a day, without investing more of their private time, the author added.”

Additionally, the organization has said “the average time getting to work is about 20% of a work day. Is everyone being in the office all the time really worth it? If so, how about you pay us for that additional time investment?”

Finally, the author makes the strongest argument yet, that Apple’s Hybrid Working Pilot is bad for the company’s employees, products and “ultimately” Apple’s customers. “We tell all of our customers how great our products are for remote work, yet, we ourselves, cannot use them to work remotely?”

“How can we expect our customers to take that seriously? How can we understand what problems of remote work need solving in our products, if we don’t live it?”

Today’s workers are demanding more flexibility than ever, so with Apple’s current inflexibility, how does it expect to attract the best talent from around the world to work in Cupertino? Not to mention the pilot would force current employees who live in areas with a lower cost of living to accept a lower standard of living in order to live near the office.

Apple Together has even quoted non-other than Apple co-founder Steve Jobs himself “it doesn’t make sense to hire smart people and then tell them what to do. We hire smart people so they can tell us what to do.” The organization asks to be respected as the smart people the company hired, to get out of the way and that there is no one size fits all solution that lets individuals who do their best work differently. The war over returning to the office is still being waged all across the country, while not all employees are writing open letters and petitions, they are still exercising their freedom to choose how they work. Some are choosing not to take an onsite job and instead opting to forgo career advancement in favor of remote roles and the work-life flexibility it delivers.