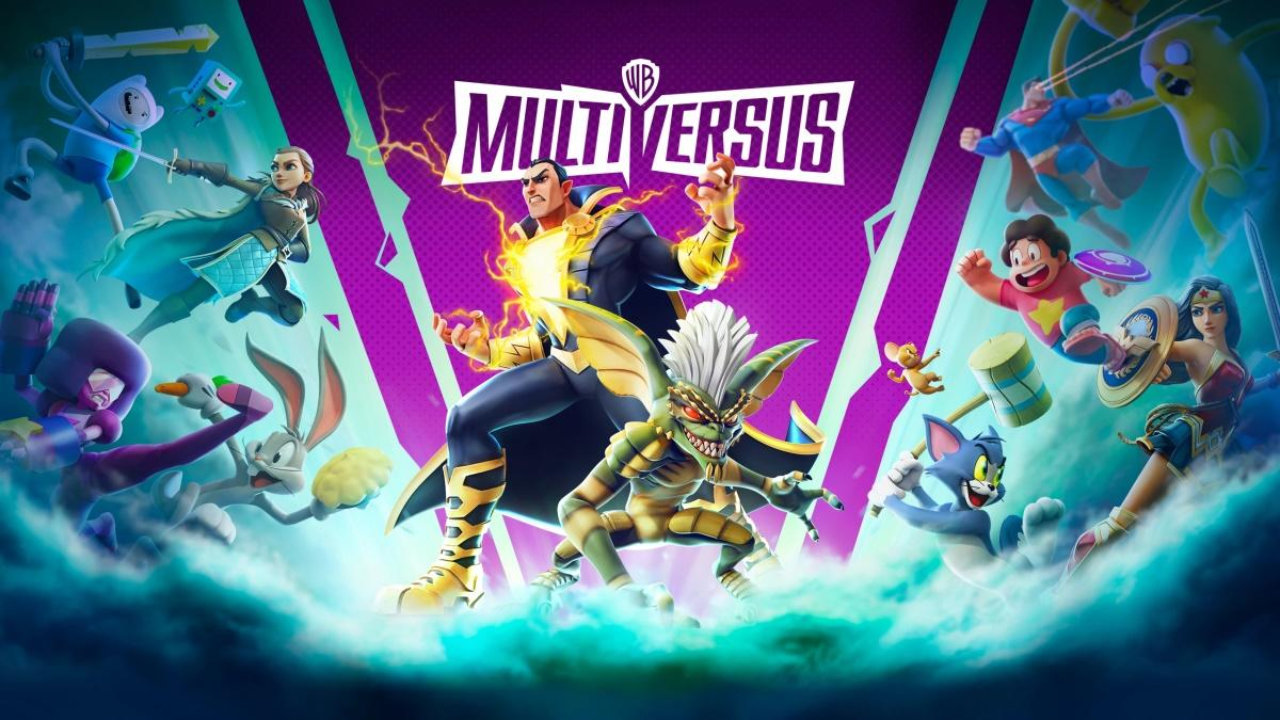 Multiversus Season 1 is now live. Eager players are in for a surprise, Player First Games and Warner Bros. revealed that Black Adam from the DC Universe and Stripe from Gremlins are arriving in game just in time for season 1. If that wasn’t enough, Morty from Rick and Morty is coming August 23rd.

As for Morty, we know he will be a bruiser class character which was unexpected and a little disappointing. We have six bruiser class characters in the game already so it would have been nicer to see him as more of a support class, as for rick I do not know if it was confirmed yet, but I believe he will be a mage class with two different outfits, Power Armor outfit and Pickle Rick.

If you logged into the game today, you will be met with a new loading screen showing off the other two new characters coming. Starting off with the bigger of the two and most likely a tank class character Black Adam. Black Adam will probably have lighting-based attacks that will make the hard-hitting tank feel quicker. Black Adam will have an alternative skin, one based on a rock version of the character.

The other character kind of took me by surprise and I have no idea what type of class he could be and he also might just be the smallest character we will get in the game, he’s an oldie but still a goodie, Stripe from the Gremlins movie. I just hope that in the start and at the end of the match he will turn into that cute little puff ball they normally are before you get them wet. If I had to guess what his class would be, I would have to guess he would be another brawler or an assassin class.

They don’t have any of these characters out yet quite but what they do have out right know is their Season One Battle Pass and this time with 50 rewards. instead of the last Battle Pass only having 15 while it was in beta. As for the other hotly anticipated character, Morty was supposed to be here at the start of Season 1, but only Rick and Morty themed profile pictures currently exist. I guess we will just have to wait to see, now if you will excuse me, I am off to try and get all characters leveled up to get that maxed character badge… have a good day.