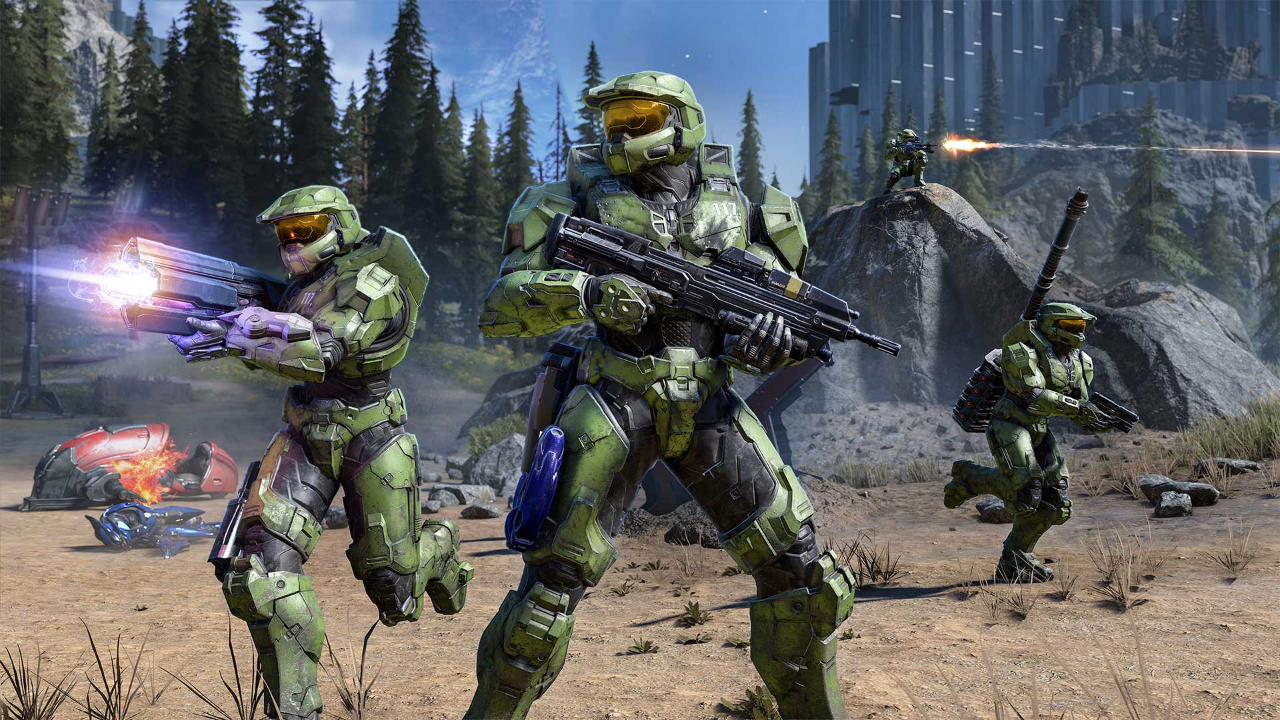 Halo Infinite’s co-op campaign is just around the corner with about a month to go, 343 will start inviting a select few in the Halo Insider program to start testing network co-op campaign. Ask anyone you know who plays Halo and they’ll tell you this should have been in the game from the start.

Halo developer 343 Industries’ Issac Bender who serves as Principal Software Engineering Lead and John Mulkey who serves as Lead World Designer talked about their memories playing older Halo co-op campaigns which adds some credibility to their roles and their insights. Bender and Mulkey explained how campaign progress, weapon unlocks, skulls and achievements will be shared equally with your fireteam.

Next, Bender and Mulkey talked about how they are managing AWOL players and how much breathing room they will offer. 343i has established what is called “Area-Of-Operations” (AOO), with an inner “warning radius” (800 feet) and an outer “kill radius” (1000 feet). Which sounds fine so long as it gives the players some wiggle room while they drive separate vehicles, something me and a few friends have planned to do for a very long time.

For the different collectibles in the game like armor cores, weapons and skulls. Each fireteam member will get credit for finding items, even if your team member found it. If you want each member of your fireteam to upgrade different items then totally go for it. This will allow for some pretty cool combos even earlier in the game.

Alongside all this content coming to Halo Infinite, re-playable campaign missions are almost here. Yes, you heard right, even though that should have also been in the game since day one. Halo Infinite missions are locations in a much larger open world. 343i will be utilizing the Tac-Map as the gateway to interacting with individual missions. In both solo and co-op play, you can open your Tac-Map, highlight a completed mission, and then choose Replay. You will then be prompted to select the difficulty and be offered to activate any Skulls you or your fireteam have collected. Additionally, any upgrades you may already have will carry over, nearly making the campaign an entirely new experience.

If all that weren’t enough, there will also be new achievements to be found in the game for both solo and for co-op. Network Campaign co-op is set to release in August but 343i will be flighting builds to Halo Insiders the week of July 11th. If you haven’t signed up for the Halo Insider program, follow our how-to guide here.