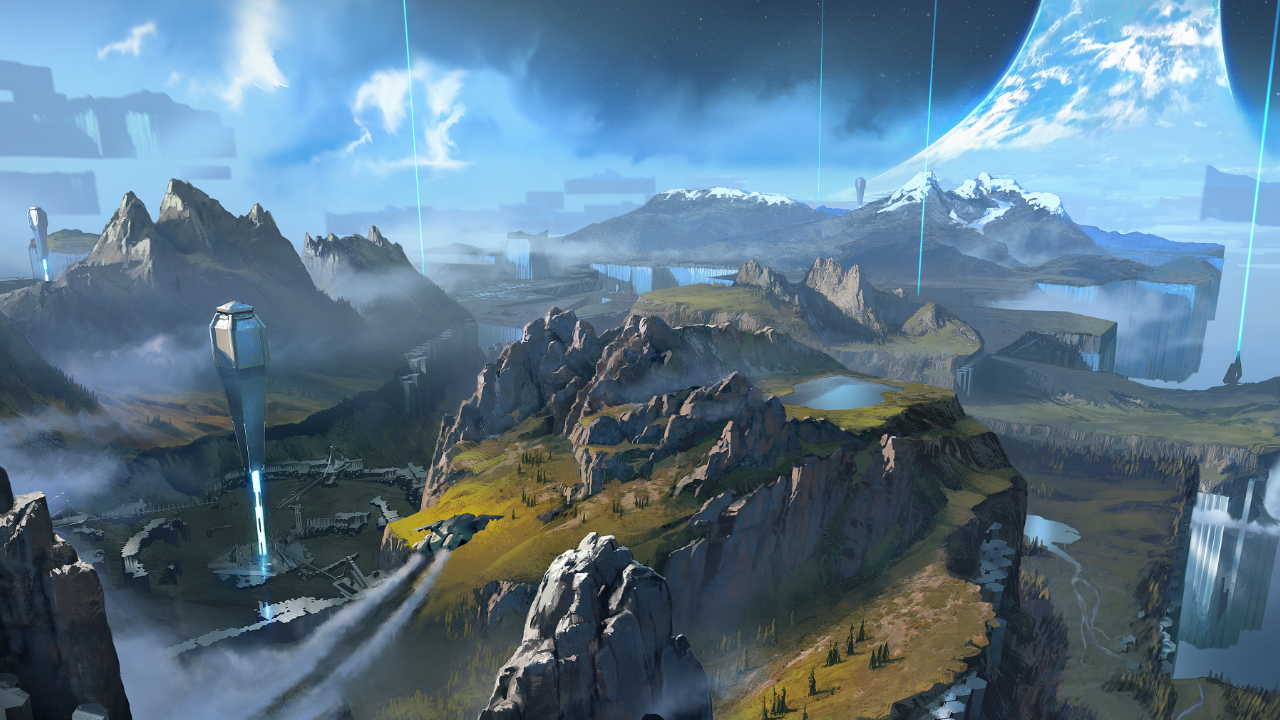 There has been some big news going around about the future of Halo Infinite, now I am not too sure if any of this will be set in stone, for now it all should be taken with a grain of salt but nonetheless we will be talking about it here.

Starting off, a brand-new FX artist has joined the halo team and what he said in his tweet is quite illuminating. Forest Baker recently tweeted that he has joined and is excited to take the lead for the new future campaign. He stated he will be pushing the FX to its next level and that he will be leading a team from the ‘beginning.’ With that said you should note that production on this DLC has not even begun yet so you may not see it realized for quite a while.

Next, according to the video, the Halo community was able to decompile the game files and found evidence pointing to the rumored Battle Royale game mode. The video points out that there will be free-for-all, duo, trios and squads and won’t be live all at the same time. The experience we be similar to PUBG or Fortnite where you will load into a loading screen, transition to a ship, then drop down on the map in drop pods like an ODST with one main difference. The drop pods can be directed to a specific location automatically by selecting points-of-interest on the map, some of which will be location-based objectives like points, unlock event tiers and obtain upgraded equipment.

The video goes on to say that in the code they have found evidence of objectives similar to contracts in Call of Duty: Warzone and capture and control, supply run and oddball types of modes. Completing these objectives will give you access to keys, which the video says might be called containment keys where you will need to find four of them to get access to high tier loot. 343 Industries may be designing it this way to keep players from camping, move around the map and engage rival players.

The player count will be sixty players. They have tried for one hundred, but it was just too much stress on the equipment so it is 60 for now. Only a few people have gotten access to the files and shared it with the rest of the world, hence why I said take it with a grain of salt.

One of the number one thing that stood out while hearing about how the Battle Royale would work. According to the video, we will be able to upgrade our weapons other than that it was just talk about how it will be similar to Fortnite and Call of Duty Battle Royale. That map will be really big with lots of different biomes from sandy to snowy. It also mentions that radar will be completely gone and there may be some kind of backpack, maybe used for inventory or jet pack.

Vehicles oh man the vehicles, I am excited to talk about this part, the vehicles are going to be the Warthog, Mongoose, and the Razorback, not at all that exciting I know but I did not mention the flying vehicle that will be in this.

You all wanted it including myself and without further ado I would like to say that the Falcon from Halo Reach with be making its return and boy oh boy it will be awesome flying around in one of those bad boys again. I hope this gives you some idea on what 343 has planned…. even if it’s going to take forever to get here.

How to get started with Apple Arcade on your iPhone, iPad, iPod Touch, Apple TV or Mac today
Loading Comments...