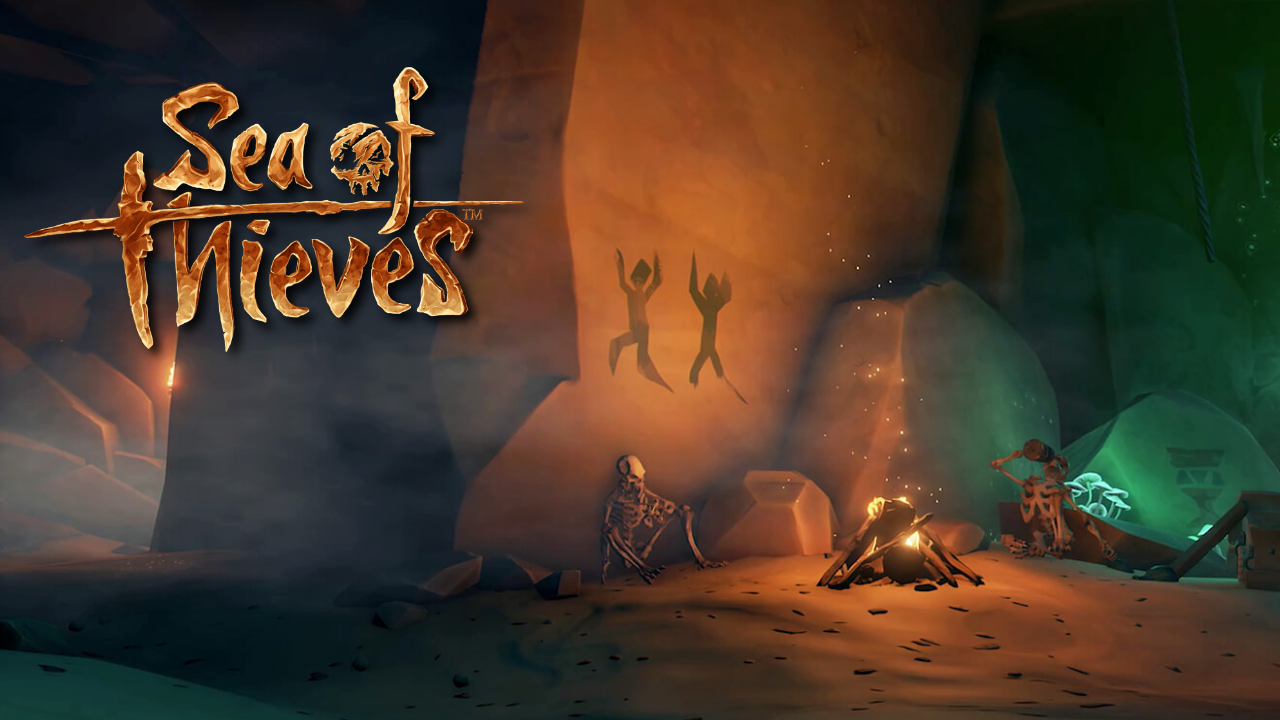 Rrr shiver me timbers my ladies and gents, new changes be coming to the Sea of Thieves in the form of a new Mysteries layer to the game. Starting next, players of Sea of Thieves will have new secrets to find. But not all of thieves’ secrets will be in the game, it will be everywhere you look involving Sea of Thieves so be on the lookout for other places like the main website, over on Twitch or even the video below for clues and hints.

When it comes to secrets and mysteries, Rare previously used the world to keep players guessing, whether that’s foreshadowing upcoming content with mysterious structures building up over time or using the smallest changes in island dressing to inspire the imaginations of players and encourage speculation. The biggest difference with Mysteries contrasted with what Rare has done previously is that they can progress dynamically, rather than being triggered by game updates. Players can expect numerous unfolding stages within a Mystery, with progression resulting from what they’ve discovered and the stage that the community has collectively reached.

Frankly, this is a game-changer in terms of the types of storytelling we can achieve with Mysteries, with genuine player surprises, twists and turns potentially happening at any time. Rare now considers Seasons, Adventures and now Mysteries as the cornerstones of the evolving Sea of Thieves world, with a connected sense of lore unfolding across all three elements. While Seasons and Adventures are designed to provide new experiences for as many players as possible, Mysteries will be a little different.

Through a combination of in-game puzzle-solving and elements discovered on other Sea of Thieves channels beyond the core game, Mysteries are designed to engage the efforts of the whole community to unravel. Rare is excited to see how players engage with the first Mystery and is eager to learn how to improve what we do with this exciting new element of Sea of Thieves.

Now, this may all sound rather mysterious, and you’d expect me to discuss what this first Mystery is all about. However, that would take away the magic of uncovering it yourself. All I shall mention is that like many secrets on the seas, nothing is ever quite as it seems, and the truth is often stranger than you expect. Be alert for unusual sights on your Voyages and watch Sea of Thieves’ social channels as the first Mystery begins to unfold later this week.

The first mystery will be a classic murder mystery, shared Christopher Davies, Sr. Designer at Rare, with the head of community teasing that some clues will be quite “obscure” while others will be quite “obvious.” Mysteries will live alongside Adventures, Seasons and Tall Tales in the game. Make sure to have a keen eye both in and out of the game and good luck to you all.