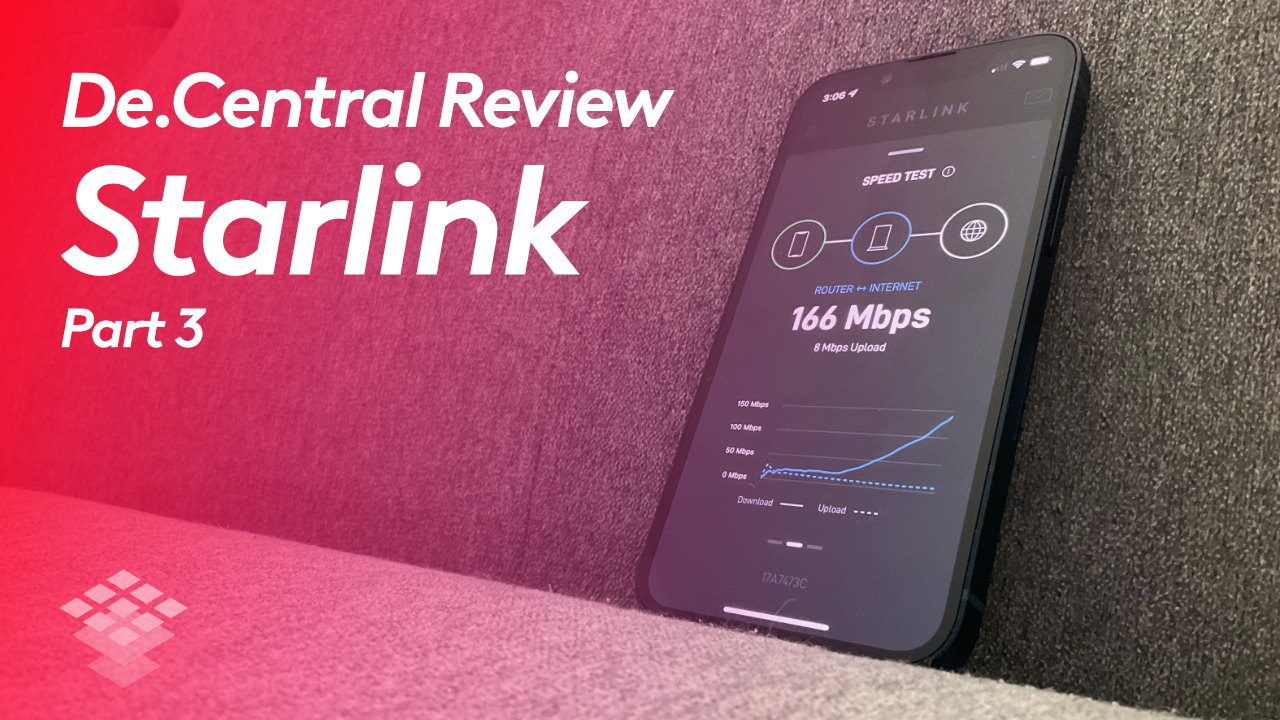 Starlink is SpaceX’s constellation of its own low orbit satellites that it uses to connect users all over the globe in remote and sparsely populated regions that normally lack connectivity, speed and availability of competing providers. What makes Starlink different, however, is if you live in a remote and beautiful location with only one or two ISP’s, slow speeds and high costs, the Starlink system from SpaceX gives you the freedom to live where you want, while being connected at a reasonable cost.

While some people like to live in bustling cities and sprawling suburbs with access to multiple ISPs and 500mpbs+ speeds, others prefer to live and work in beautiful, remote and quiet places and with that remoteness comes fewer choices to stay connected. Enter Starlink’s $110 per month service charge and 100-200mbps speeds and eventually offering an even faster 500mbps tier, enabling people to live and work wherever they want.

“Users can expect to see download speeds between 100 Mb/s and 200 Mb/s and latency as low as 20ms in most locations.”

After four speed tests, our download speed numbers were coming back anywhere between 96mbps and 166mbps. On average the results are inline with the claimed 100-200mbps claimed speeds which is much faster than other options for this location.

These speed tests test the maximum connection speed between our iPhone and the Starlink Router.

Based on the data collected from the Starlink app, we are getting consistent and reliable speeds and while it might not quite reach the claimed 200mbps max, the service consistently achieves over 100mbps in our testing. In examining the Network Statistics of the Starlink service we see very drops of the service and an overall consistent connection. For anyone still on the fence about ordering Starlink, hopefully Part 1, Part 2 and Part 3 of this three-part De.Central Review series helps you understand how to choose, install and setup Starlink internet. Furthermore, hopefully it illuminates the speeds and reliability you can expect from the service.