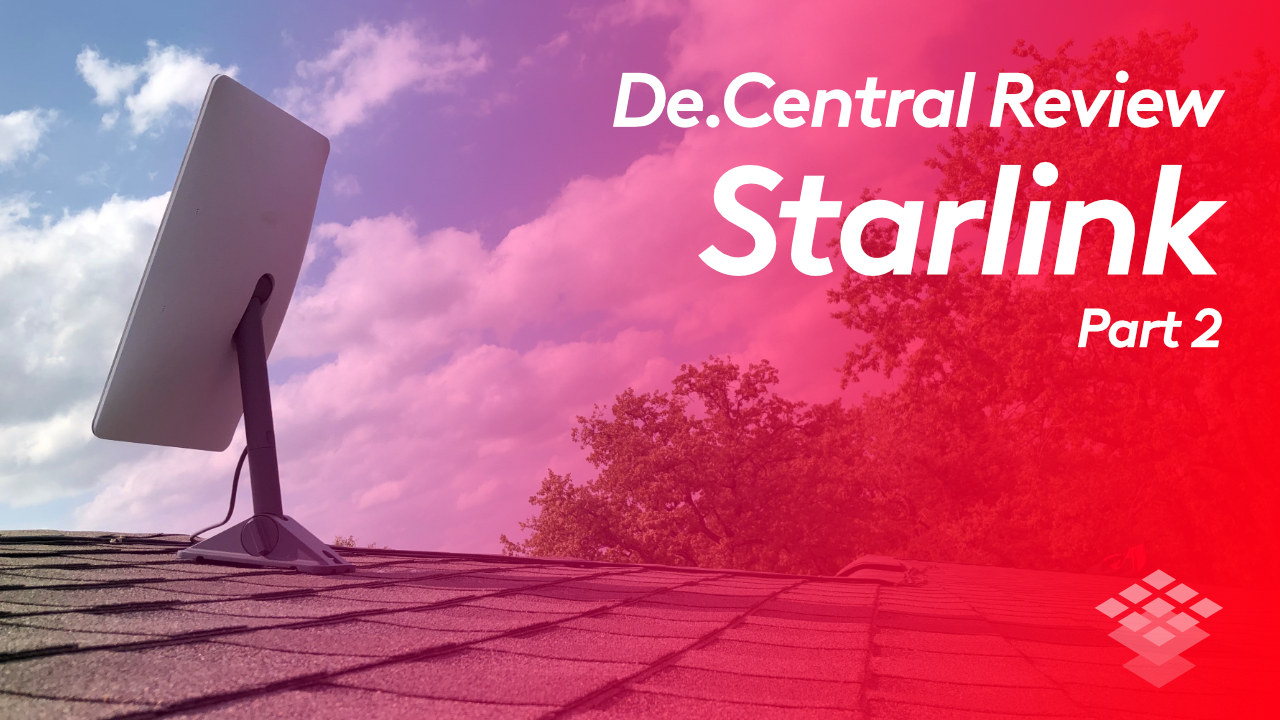 Starlink is SpaceX’s constellation of its own low orbit satellites that it uses to connect users all over the globe in remote and sparsely populated regions that normally lack connectivity, speed and availability of competing providers. That makes SpaceX an internet service provider (ISP) much like Xfinity, CenturyLink, Verizon, T-Mobile and so on. What makes Starlink different, however, is if you live in a remote and beautiful location with only one or two ISP’s, slow speeds and high costs, the Starlink system from SpaceX gives you the freedom to live where you want, while being connected at a reasonable cost.

While some people like to live in bustling cities and sprawling suburbs with access to multiple ISPs and 500mpbs+ speeds, others prefer to live and work in beautiful, remote and quiet places and with that remoteness comes fewer choices to stay connected. Enter Starlink’s $100 per month service charge and 100-200mbps speeds and eventually offering an even faster 500mbps tier, enabling people to live and work wherever they want.

We received our Pivot Mount and the Ethernet Adapter within a few days of one another but a month after we received the Starlink kit despite having ordered them the day our shipment of the Starlink kit was confirmed. The Pivot mount is designed for mounting the dish on a slanted roof, where you will be drilling into your roof. In the Pivot Mount kit, Starlink provides detailed instructions, long bolts, screw in cable routing, sealing tape, a carrying bag and the mount. The ethernet adapter was actually a lot smaller than we initially thought it was and completely necessary for our network setup at our house.

Our networking setup requires a weatherproof Outdoor Networking Box which will house the Starlink Router and Ethernet Adapter. The networking box also features a hole on the lid that enables locking of the box for security.

To start, you’ll want to identify a location on your roof with the help of the Starlink app (iPhone or Android). We climbed up on our roof, found a good location that left some slack in the provided Starlink Cable and checked the sky with the app for a clear view without obstructions.

Next, I used our impact driver to drive our bolts into our pilot holes to secure the mount to the roof. Then I used the knob on the side to position the stem of the mount within 5 degrees of vertical, as per the instructions.

Homekit enables adding more protection to your home accessories by controlling which services and devices they communicate with on your home Wi-Fi network and over the internet. I used three Linksys Velop (AC2200) which are Homekit compatible and provides simultaneous Tri-Band Wi-Fi.

My main Linksys Velop router plugs directly into my ethernet port on my wall with the provided ethernet cable and power cable. The other two ‘Nodes’ only need to be powered from their AC adapter and act to provide Wi-Fi throughout the corners of my home. Next we will set up our Mesh Network with Homekit.

Setting up the Velop routers for Homekit is simple:

With the steps above we have Starlink internet setup and running. In part three of our Starlink De.Central Review we will review the speed and reliability of the system.