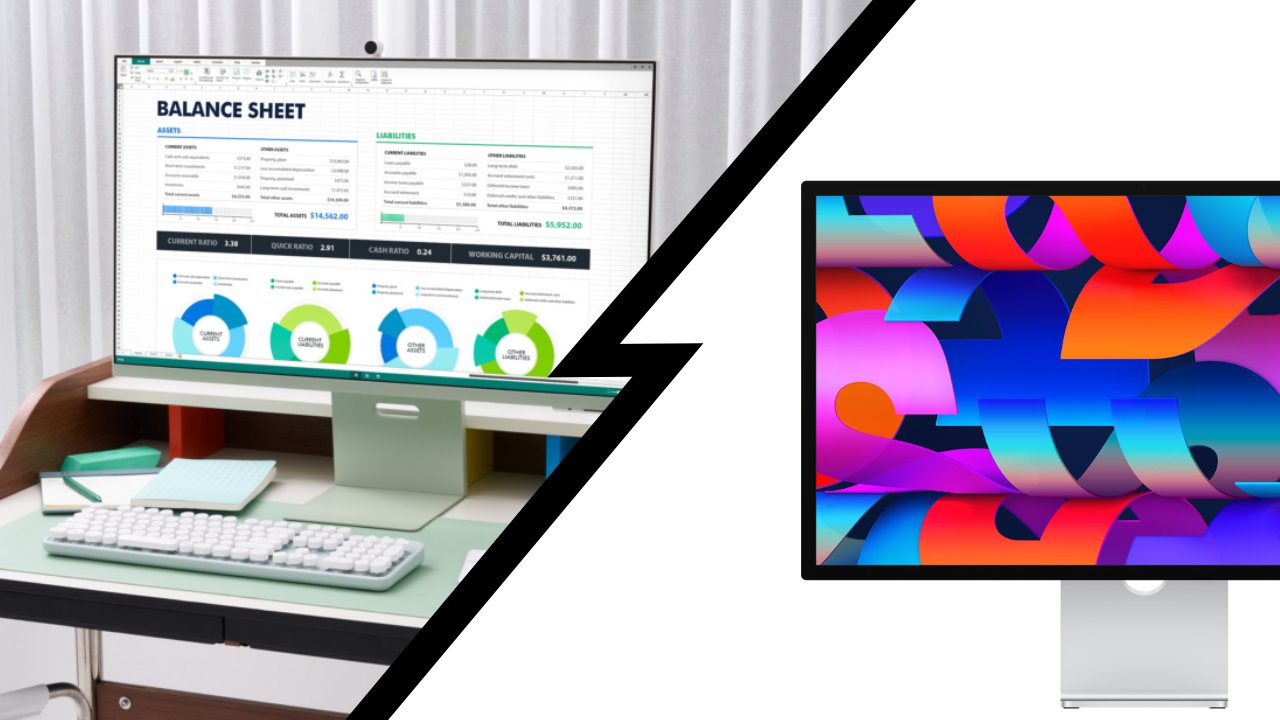 Today Samsung announced the latest addition to its Smart Monitor series, the M8 in what appears to feature an iMac-like design, four colors and a high-quality 32-inch UHD display. With so many poor reviews coming out for Apple’s new Studio Display citing its high price tag and low quality, is Samsung’s M8 the better overall value?

Originally launched in November 2020, Samsung’s Smart Monitor blurred the lines between computer displays and TV’s more than ever before with the display running Samsung’s smart TV operating system Tizen. The design is decidedly Apple-inspired to put it kindly and a complete rip off if we are being real.

“We aspired to create a product capable of matching the lifestyles of all kinds of people and preferences, The M8’s color palette composed of four different colors was inspired by the theme ‘Shades of Nature’. Gazing at the clear blue sky on a bright sunny day, recharging in the lush green forest, or finally bathing in the glow of a sunset,” he added.”

The quote is actually quite silly when you read it, loaded with utter nonsense. Companies look to fashion and color trends to decide colors, not to mention barrowing if not lifting entirely the color pallet from Apple’s iMac. Beyond the design and colors, the features actually really shine. Perhaps just a result of the thin bezels and design sensibilities of Kim’s design team, Samsung made privacy centric and quite innovative choice for the SlimFit Camera. Magnetically attachable, the SlimFit Camera attaches to the display without the need for unsightly wires and features Face Tracking and Auto Zoom that automatically detects and focuses on a person’s face much like Apple’s center stage which Samsung is clearly lifting from Apple.

It also features Far Field Voice microphones for voice commands in use with assistants such as Bixby and Alexa. The optional Always On Voice function can be enabled to display conversation information on screen even when the display itself is turned off. Do you think Samsung employees ever ask themselves if they would enable such a feature in their own home before adding it to their products?

In what seems to be lifted from Apple’s True Tone feature, the M8 features “adaptive picture technology, enhancing viewer comfort by automatically adjusting display brightness and color temperature.” One thing the M8 has over Apple’s display is the inclusion of a height adjustable stand.

Additionally, the M8 features a wide array of connectivity like USB-C, Display mirroring with DLNA or AirPlay 2. Because the display runs Tizen it also has access to Samsung’s Smart Hub app using the companies SmartThings system that enables control of a myriad of smart devices via the onscreen controls. It also comes with a TV remote.

So, is Samsung’s M8 a better overall value than Apple’s Studio Display? Let’s compare them side-by-side to find out.

Samsung’s M8 display gives you a larger canvas, with lower resolution, a privacy friendly detachable webcam, a tilt and height adjustable stand, support for three non-Apple voice assistants, four colors choices all for only $700. Ultimately this comparison table will be something you will need to look at and come to your own conclusion about. Some folks live to have an all-Apple setup, so the extra $900 is worth it to them to have the Studio Display but for others, they would rather save that $900 and go with Samsung’s M8, at least now hopefully the differences between the two are clear.