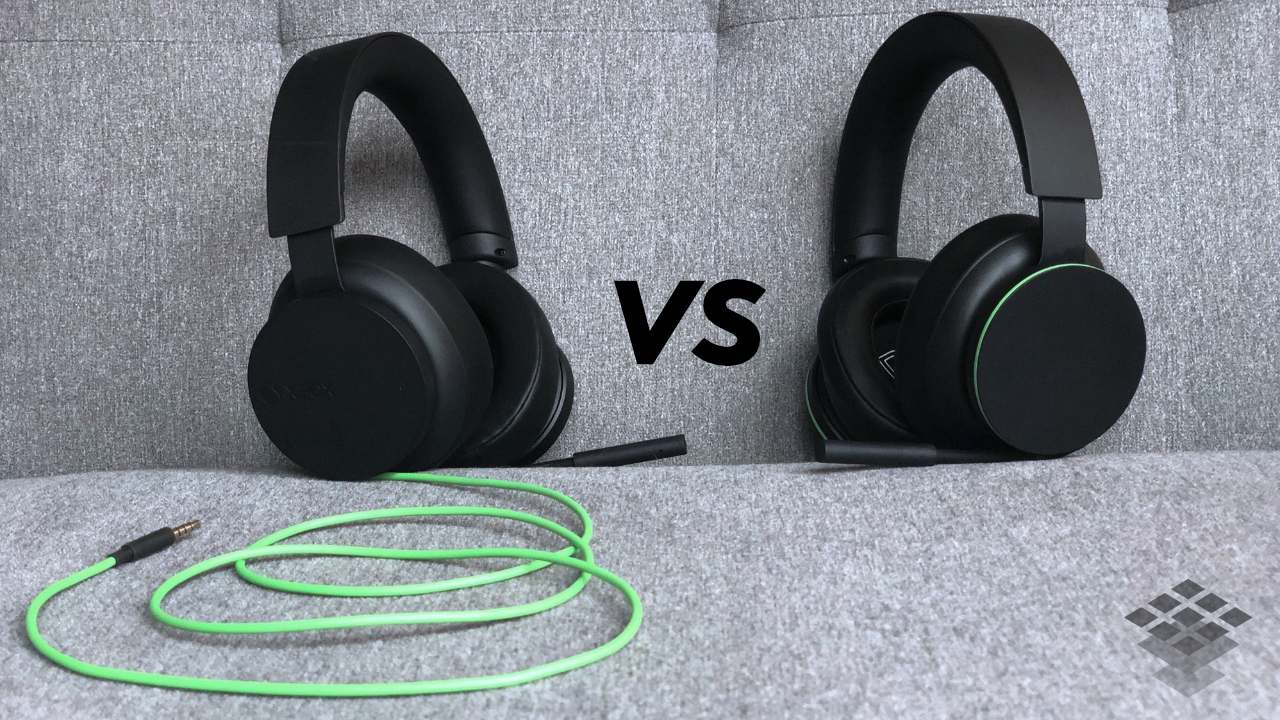 Microsoft’s latest Xbox headsets offer a lot of value to gamers in the form of a Wired headset at a lower price point and a Wireless headset on the higher end. We have been testing these headsets back-to-back for some time now and we’re here to help you choose the right headset for you.

At only $74.99, Microsoft’s Xbox Stereo Headset which supports high-fidelity spatial sound technologies including Windows Sonic, Dolby Atmos, and DTS Headphone:X for realism and audio precision that fully surrounds you. Additionally, it features great chat quality and connects directly to the Xbox Wireless Controller through the 3.5mm audio jack without the need for charging the headset. Just like the wireless version, the wired headset features on-ear controls for volume and for privacy a mic mute slider switch. Another often overlooked benefit of the wired version is that there is no internal battery to charge and results in a lighter weight headset at only 10 ounces vs the Wireless version coming in at 11 ounces.

Microsoft’s $129 Xbox Wireless Headset, offers a wire-free experience with rotating earcup dials that provide an intuitive way to change volume like the wired version but with the additional function of the other earcup to adjust the game/chat balance. Additionally, the adjustable boom features dual mics instead of a single mic like on the wired version. While the Xbox Stereo Headset features a distinct green cable, the Wireless model features thin green halo on each earcup dial. On the boom mic side, you will find a green power button that instantly connects to your Xbox or PC. On the opposite earcup you will find a USB-C connector for charging the headset with the included USB-C cable.

On advantage the wireless model has over the wired model is the mute button vs the mute switch on the wired model. The Xbox Wireless Headset features a simple mute button that is easy to find and activate when on your head. Since it is a button, you can mute your mic faster since finding it and pushing the button is a much easier actuation than finding the button and sliding the switch over.

Each headset essentially features the same plush polyurethane leather wrapped foam cushioning for comfort during extended and intense gameplay. Both headsets do trap heat inside the earcups and during intense gameplay you may feel a bit warm. One thing that becomes apparent during extended use with the Wireless Headset is that when your headset needs charging, there is no way to just plug it into your controller to extend gameplay. The simple addition of a headphone jack on the Wireless Headset would be a welcome upgrade for version two. Along with adding a headphone jack, a removeable boom mic would have made this headset perfect. The Xbox Stereo Headset on the other hand simply just works, plug it into your controller and play. The only drawback is you do drain your controller’s battery faster this way. So, which one is better? If you can afford it, the Wireless Headset’s additional features make for a near perfect gaming headset. If your budget is tight and/or you are buying one of these as a gift then I would recommend the Xbox Stereo Headset, its low price and simply operation make it a great bet.