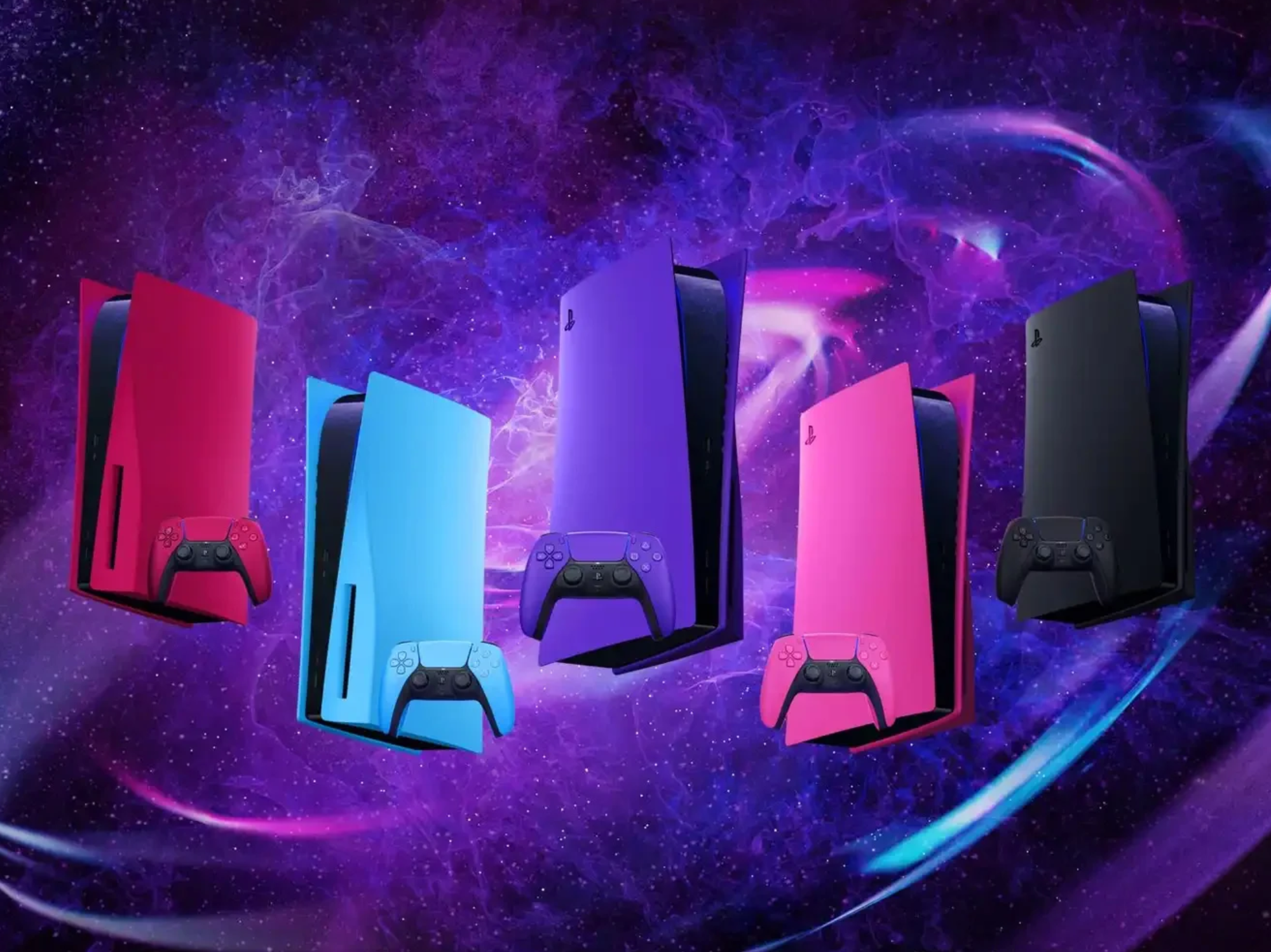 Sony is now making the move to sell its own color console covers after suing DBrand for attempting to sell matte black covers last year, which resulted in DBrand having to alter the design to something less-desirable. Sony is not only announcing 5 color options available, two of which Sony currently already makes controllers in, but the company is selling three new colors.

Along with the previously released Cosmic Red and Midnight Black DualSense wireless controllers alongside the White model that comes with the console, a new Nova Pink, Starlight Blue and Galactic Purple are being announced.