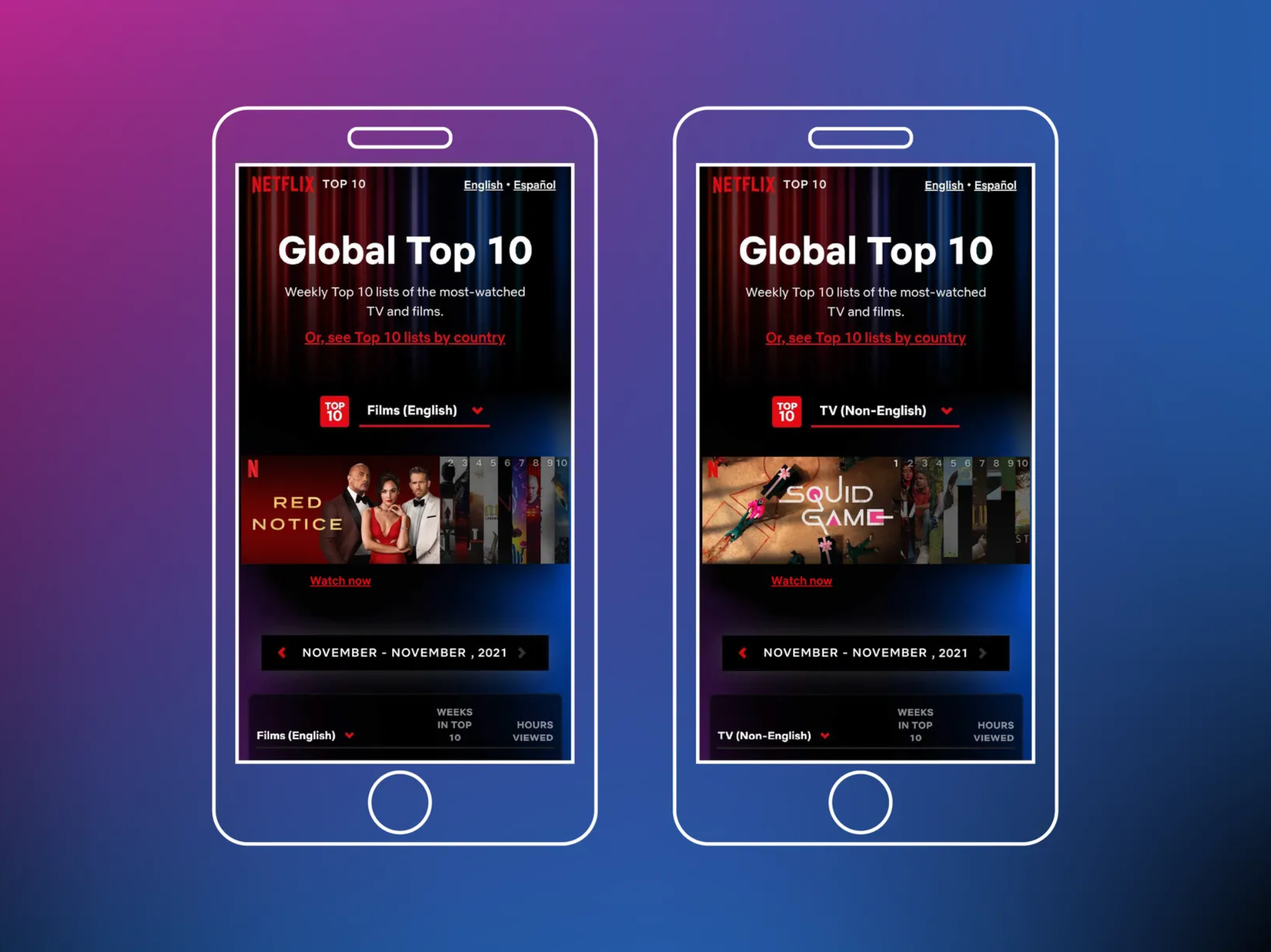 Netflix is riding high after its debut of Red Notice, with its star-studded cast and immense popularity and now the streaming giant is launching a dedicated site to tracking its Top 10 titles over time.

The new Top 10 Hub will update weekly on Tuesday with a list of its top films and shows in these categories Films (English), Films (Non-English), TV (English), and TV (Non-English). Each list will track the success of Netflix’s content Monday through Sunday, with updated numbers being published every Tuesday.

Sign up & never miss out on the latest news
Related Topics:NetflixStreaming Video