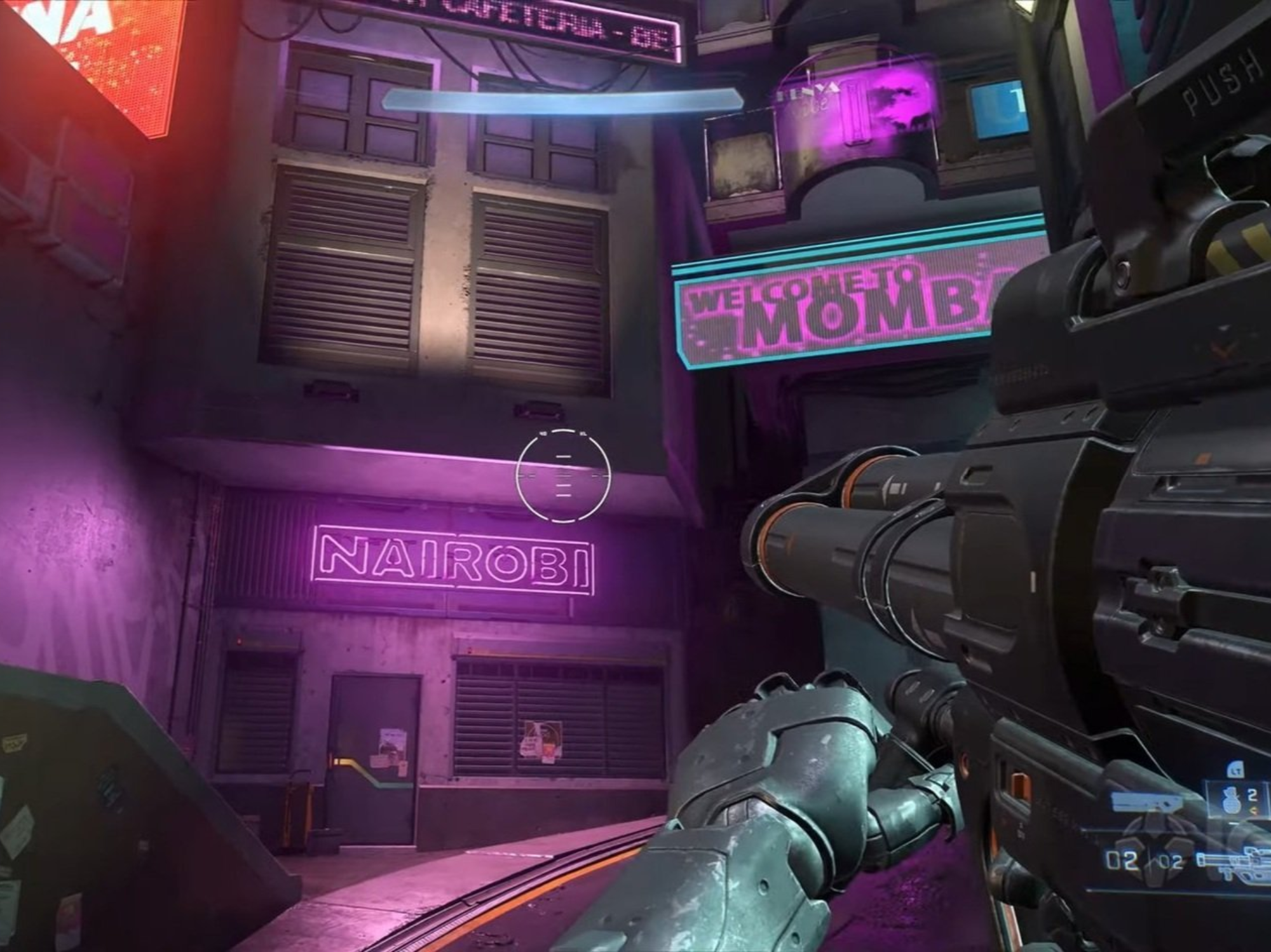 Halo Infinite’s multiplayer tech previews may be over, but new multiplayer maps are continuing to be revealed by 343 Industries and IGN in a new report. The new map being revealed is called Streets, a new asymmetrical battleground set in the streets of Mombasa at night, Lead Level Designer Cayle Geroge explains.

Compared to the other known multiplayer maps, Streets is the only one set at night. The map features many subtle artistic touches like an arcade cabinet that features a NIDI version of the Halo Theme, glass railings that you can break through and shortlines.

343i also revealed two new maps called ‘Deadlock’ and ‘High Power’ that is said to feel very classic Halo with High Power started life as a test gym, that was so popular with developers that they made it into a real map.