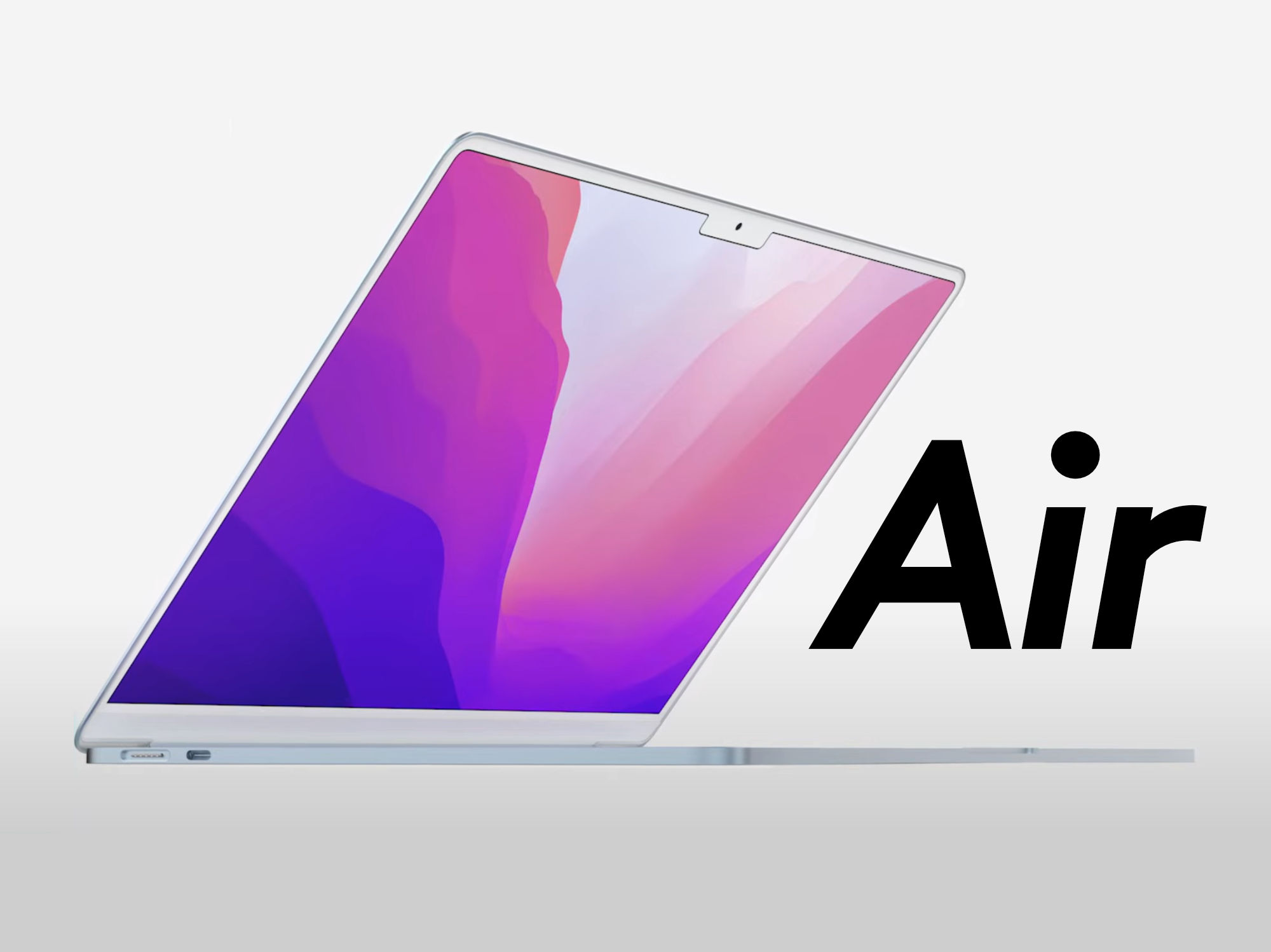 Apple may have just launched the new 14 and 16-inch MacBook Pro amid swirling rumors about its design, but there have also been rumors swirling about a new design for MacBook Air as well. Now, a leaker with a great track record is sharing some new details about the upcoming MacBook Air.

According to @dylandkt on Twitter, the upcoming MacBook Air will feature MagSafe, a 1080p webcam, USB-C ports, a 30W power adapter and will feature a fanless design. As if those details weren’t enough the leaker says it will feature colors similar to the latest M1-powered iMac and the display bezel will be white and feature full sized function keys. The leaker also says the current naming candidate for this laptop is simply ‘MacBook’ and will be powered by an Apple’s unannounced M2 chip.

Given past information in conjunction with more current info, many renders have surface of supposed MacBook Air designs featuring some new design details based on recent leaks. Perhaps the most disturbing part of the new renders is the inclusion of the notch that Apple added to the MacBook Pro.

The renders featured on 9to5Mac seems to be a mashup of renders by Jon Prosser and the new MacBook Pro Apple just released. The concepts are rather pleasing, but the notch paired with the white display bezels are an unfortunate design choice.