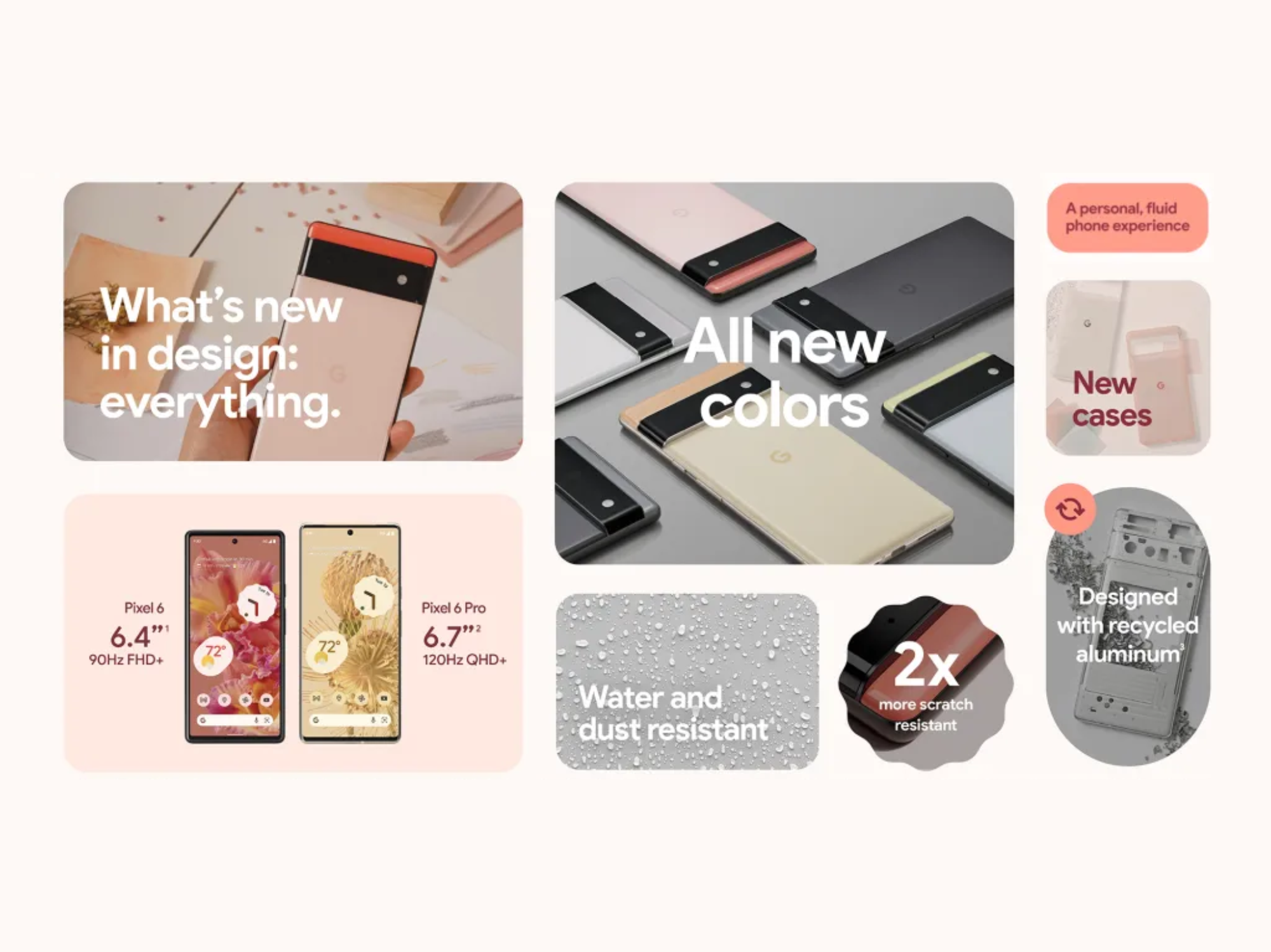 Google has officially announced that its Pixel 6 series, powered by its own in-house chip called Tensor, Android 12 is now available for older Pixel phones, Pixel Pass, Pixel Stand and so much more. Check out the latest Pixel 6 news below.

All about Google’s Pixel 6 series

Tensor is the company’s first system-on-a-chip-technology marking a major achievement from a massive investment in capital and the right people. Google will have to have much better Pixel sales numbers to support that massive investment however. Accompanying the new Google-designed Tensor chip is a wild new design for the Pixel 6 and Pixel 6 Pro, making a dramatic splash in the market in an attempt to wrestle Android Marketshare away from Samsung. Despite the Tensor-powered Pixel 6 announcement, Google will launch the Pixel 5a this month powered by a Qualcomm Snapdragon chip.

Tensor is about more than just traditional computing power, it will focus on advanced AI and ML (Artificial Intelligence and Machine Learning) to “unlock specific experiences for Pixel users.”

The official Pixel 6 cases in three distinct colors including: Stormy Sky, Light Rain, and Cotton Candy. The Pixel 6 Pro official cases are available in four colors including: Stormy Sky, Light Frost, Soft Sage, and Golden Glow. The cases are now 100% waterproof and feature a tall enough case that it protects the display glass. All the cases are up for pre-order on the Google Store starting $29.

Google’s newest Pixel Stand can now charge up to 23W and now the design features active cooling. For the standard Pixel 6, the Pixel Stand charges at a slower 21W and 23W for Pixel 6 Pro and an even slower 15W for non-Pixel phones. Additionally, Pixel Stand includes features like a Google Meet experience specific to the stand and the stand will turn the fan speed at night. Pixel Stand will be available for $79, but won’t be available right away.