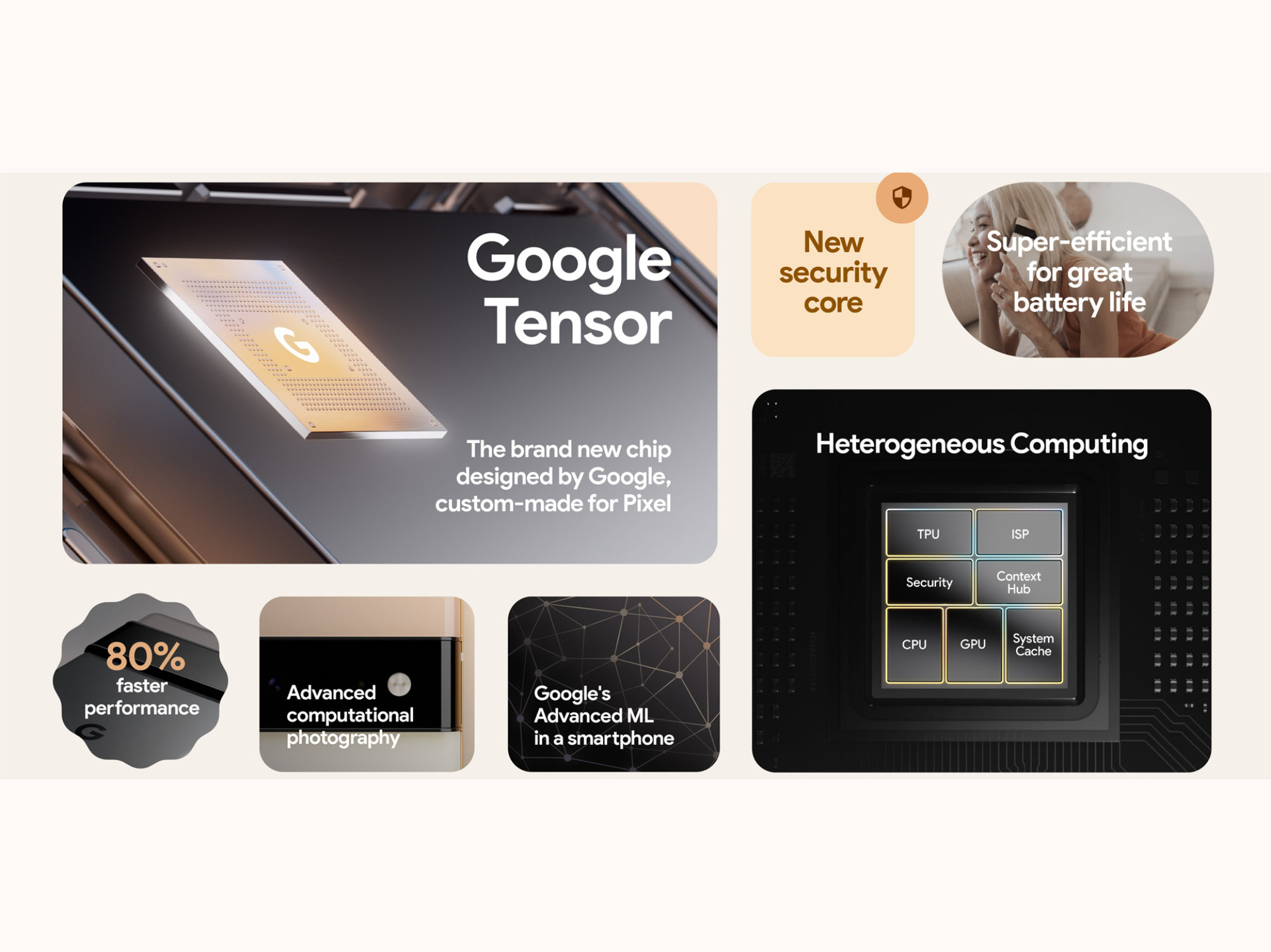 Google has officially announced that its Pixel 6 series, powered by its own in-house chip called Tensor. Let’s examine all the additonal information we learn about Google’s new in-house chip.

Tensor is the company’s first system-on-a-chip-technology marking a major achievement from a massive investment in capital and the right people. Google will have to have much better Pixel sales numbers to support that massive investment however. Accompanying the new Google-designed Tensor chip is a wild new design for the Pixel 6 and Pixel 6 Pro, making a dramatic splash in the market in an attempt to wrestle Android Marketshare away from Samsung.

During the presentation Google even admitted that Tensor may not win benchmarks, but it will unlock new and important experiences. It is clear that Tensor won’t be the fastest processor available but maybe Tensor will deliver the experience new and exisiting Pixel fans will love.