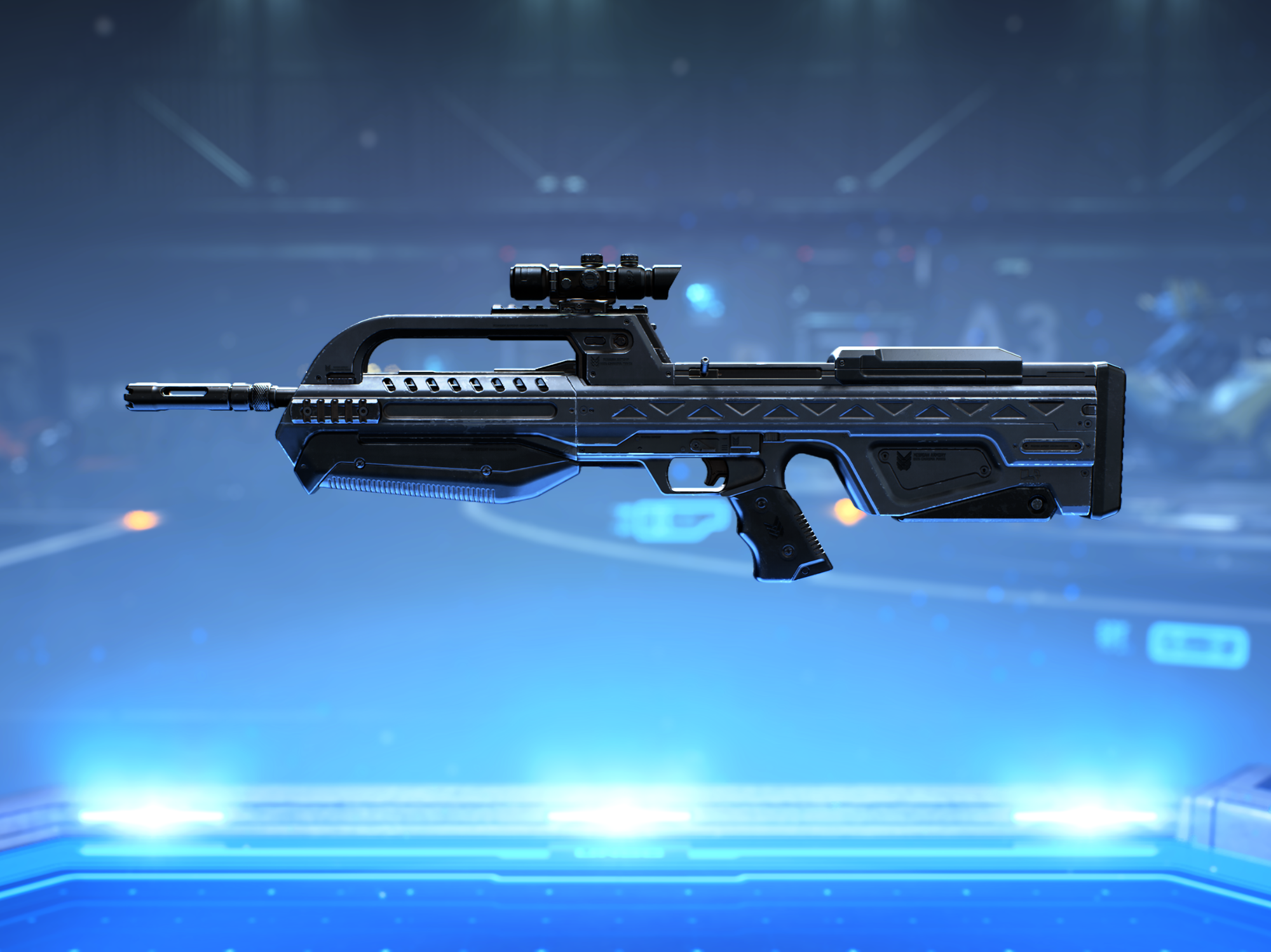 In a number of interviews, 343 industries revealed first that instead of the classic Magnum being the starting utility weapon, the BR75 Battle Rifle serve as the starting utility weapon “For us, the BR75 is the definitive version of that iconic weapon.” 343i said a lot of playtests went into the choice to make the BR75 the starting weapon for ranked/competitive play. As for the secondary weapon, 343i felt that if players had a full inventory off spawn then they may not need to scavenge for weapons on the map. So that means the BR75 will be your only weapon in ranked/competitive gameplay until you pick up additional weapons.

343i was intent of “bringing the Halo 3 equipment-type gameplay into the modern era” that “compliments, enhances and respects the competitive legacy” since there was a lack of equipment in the Halo 3 competitive scene. 343i used an example of this by detailing how they tuned the Repulsor “For example, the Repulsor used to cause quite a bit more damage when a target collided with map geometry like walls and pieces of cover. It was definitely a lot of fun to get Pancakes and win fights, but it ended up devaluing the gun skill of the player using it as it was far more consistent to launch a player into a wall than land a precise burst. Working closely with CIT (Competitive Insights Team), we tuned down the values to a level that didn’t compromise the base TTK (Time-To-Kill) of an enemy, but still allowed for fun Pancakes and outplays through skillful timing that we’ve seen plenty of in the most recent flight.”

343i says that feedback “received from competitive Halo 5 players in regards to Grenade Hitmarkers” is why they removed them. “Grenades are a part of the “golden triangle” and grenade skill is one of the 3 major pieces when it comes to exceling in Halo. Grenade Hitmarkers added a layer to Grenades that made them that much more powerful than before, and that was the ability to “fish” for enemies. This ability had cascading effects on the entire game where you could throw a grenade, get a hitmarker, know where the enemy is and that they only have half shields, and thus is an easy kill. In my opinion, the even more negative effect being when you make a really good sneaky play to stay alive and get hit by a pretty random feeling grenade all but ending your sneaky play. This is one of those changes that opens up more room for movement.”

Motion Trackers is going to be removed from Ranked Arena and competitive settings because 343i wanted players to “earn competitive information” rather than “fish for information” using grenade hitmarkers.” Skills are earned in Halo Infinite “Each interaction is simple on its own, but layer that with a whole match of players all scavenging different items with their own interactions and you have a massive amount of depth and possibilities that even we don’t know the limits of. These interactions are crucial because they are not only what makes Halo feel like Halo, but what creates the skill gap that drives the competitive side of the game. The mastery and utilization of all those interactions in-game is what will define the top teams, creating advantages and outplays that will be talked about for years to come.”

How do we “quantify all of the things that go into “why” a player is great, but I’m going to try my best. I think Halo Infinite is a return to form in a lot of ways with a little bit more emphasis on positioning skill, acquiring tools on the map, teamwork, and having great aim than Halo 5’s heavy emphasis on movement. These will always inevitably shift, but in my opinion the skillset currently does a great job of keeping all of them fairly balanced.”

The 343i team felt that Halo 5’s Strongholds mode had “a lot of competitive depth and offered fun experience that leveraged Halo gameplay quite well.” One thing among other elements 343i worked on was making scoring, and contesting more visible to players, improving Strongholds mode gameplay in Halo Infinite.