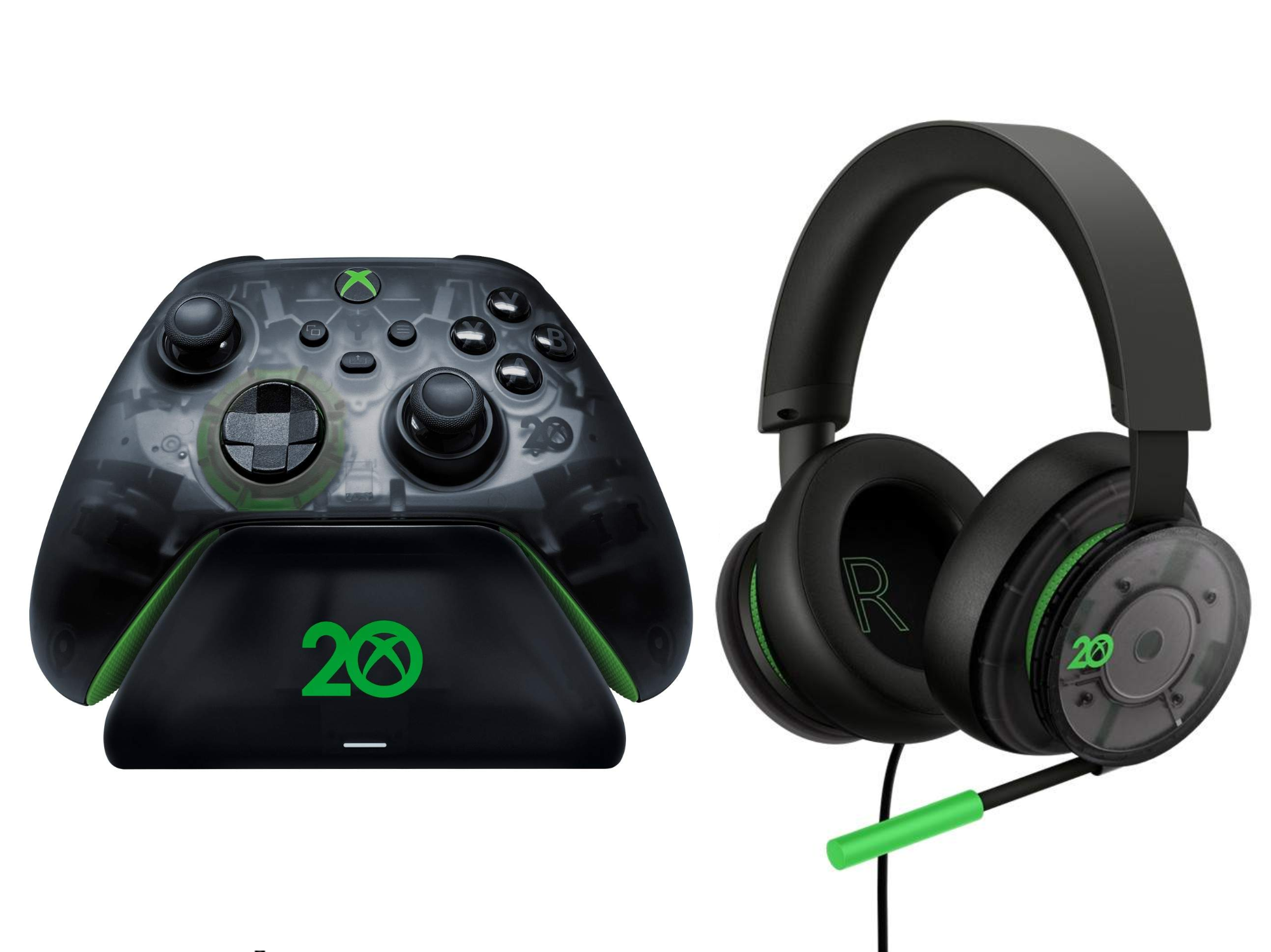 Microsoft is launching a 20th Anniversary Xbox Wireless Controller along with a Stereo Headset with translucent black plastic and green accents, preorders are live now and they will be available November 15th, which would make its launch day exactly 20 years since the original Xbox launched to the day.

The controller’s translucent plastic is a call back to the original console’s Xbox debug kits. Green accents are applied to the Xbox home button and grips. Microsoft describes the controller “Sleek and sentimental – all in one package.

The 20th Anniversary Special Edition controller is a fresh spin on the translucent green of the original Xbox Debug kit. The body of the controller features a translucent black finish with silver internals so you can see every detail. The nostalgic, green Xbox button brings us back to the first green Xbox logo. The iconic color can also be found on the back grips and around the hybrid D-pad.”

All of the internal components are silver which makes them easier to see through the translucent plastic. Microsoft also announced that if you buy the controller, you will get the dynamic background in the video below installed on your Xbox Series X|S.

Built upon Microsoft’s new Xbox Stereo Headset, this 20th Anniversary Special Edition features a translucent black body with silver internals so you can see what brings this headset to life. Green accents on the boom mic, inside and outside of the earcups. The left disc is marked with the 20th Anniversary logo in their iconic green and the right dial has our Xbox logo imprinted.

When you connect this controller to your Xbox Series X|S console, you will unlock an exclusive 20th Anniversary dynamic background.