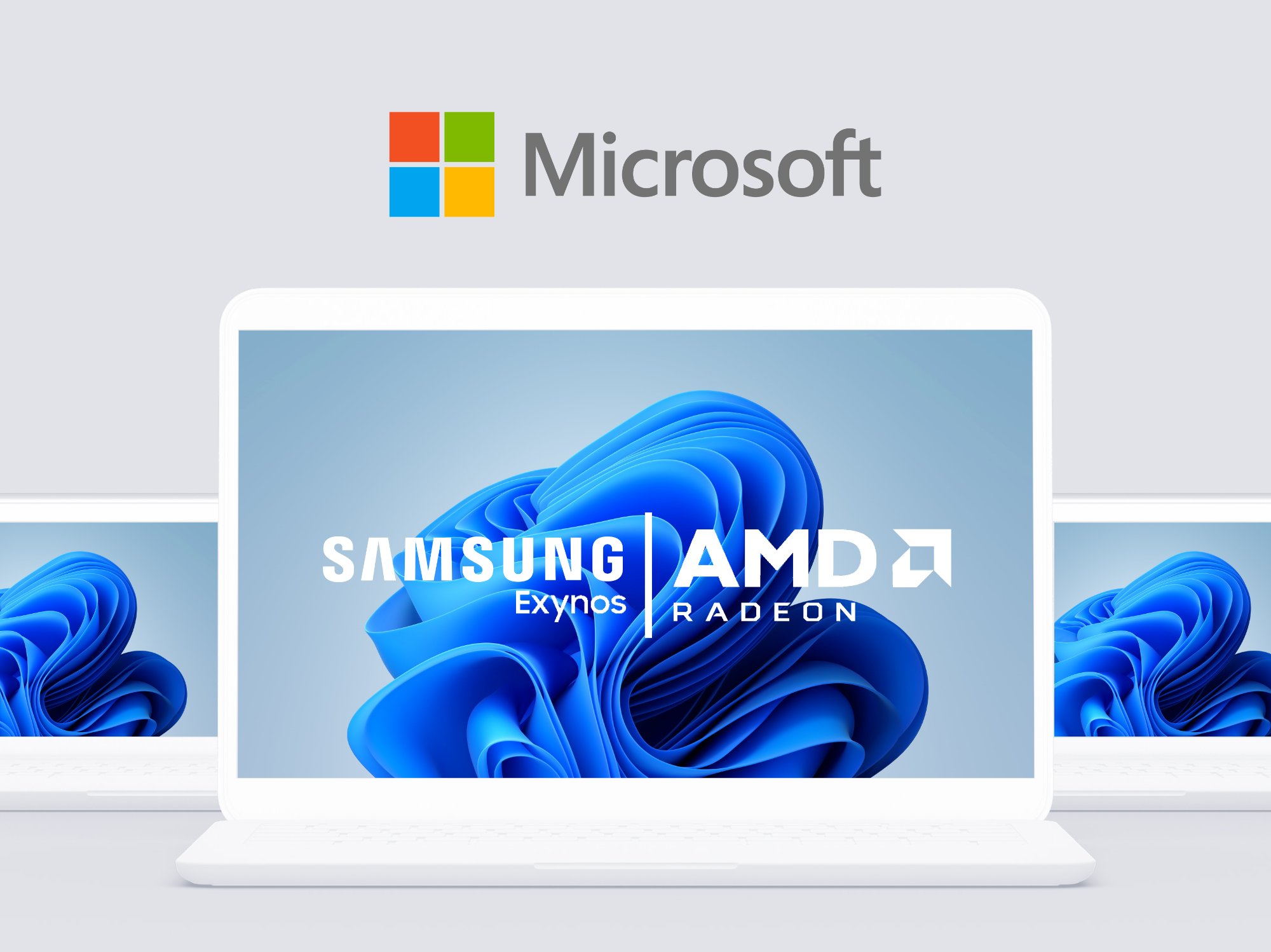 Microsoft is reportedly involved with the Samsung and AMD effort to build Exynos chips with AMD Radeon GPUs for a future Surface device according to leaker FrontTron.

Samsung has designed and manufactured their own ARM chips called Exynos and shipped non-US bound phones with them for a long time now. We have previously reported on Samsung partnering with AMD on mobile GPU tech for future Exynos chips. Dr. Inyup Kang, President of Samsung’s System LSI Business confirmed that Samsung was working with AMD to produce “next generation mobile GPU” that will be launched “in the next flagship product.” While there weren’t any additional details given our report from last year sheds some light on the Samsung and AMD combined performance. It isn’t clear what product will see the combined technologies.

The leaker FrontTron goes on to say that “target performance is less than a GTX1050 but higher than a Qualcomm chip with a 4WGP, 8CU GPU. Release date has been delayed due to process line change. Initial goal was to launch this year. It’s a processor for laptops based on Cortex X1. Not a modem integrated chip. 5G Exynos modem equipped separately.”

FrontTron continued with “This chip is not limited to Surface only. Microsoft is just one of the collaboration partners. Other companies that are using/planning to use the chip is unknown.”

All of this information lines up nicely with our previous reporting on Samsung and AMD partnering on future a Exynos + Radeon chip designed not only for Galaxy S22 but ARM PCs as well.

An Exynos-powered Windows PC would be the first of its kind, thus far all ARM PCs are powered by Qualcomm Snapdragon chips. We could see a new Exynos chip power future Surface, Galaxy Book and other PC’s and offer an alternative to traditional Intel powered chips. It’s about time Windows 10 on ARM gained another ARM chip to run on.