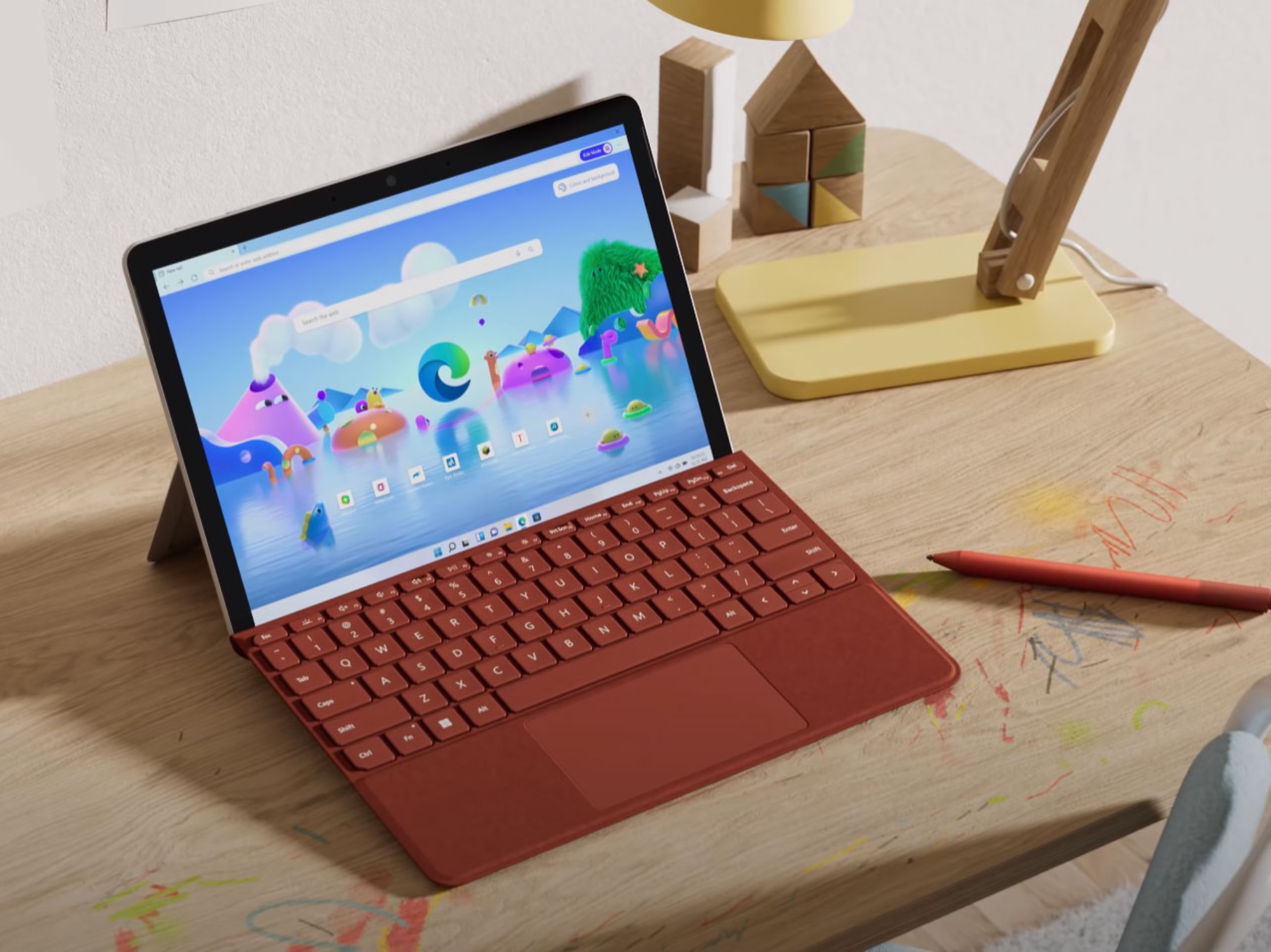 Surface Go is perhaps one of the most fun Surface devices to use, it is small, lightweight and perfect for media consumption like iPad devices are. The one thing holding it back however is its CPU. Nearly a year ago now, we heard rumors of Surface Go X being unveiled last year, but the economies of some states were suppressed by the lockdowns, so like Surface Neo Microsoft may have decided to delay its release.

The performance and efficiency that comes with Arm CPUs like Snapdragon 7c Gen2 are profound and perfect for light computing tasks where most of the time you are in the browser or watching videos on YouTube, Netflix, Amazon Prime Video. Snapdragon 7c devices from OEMs like the Samsung Galaxy Book Go start at $349 for a traditional laptop, just imagine what just a tablet could cost, $329? Now that Windows 11 features x64 legacy app emulation, there is really no reason not to bring Snapdragon 7c or a custom variant to Surface Go.

Perhaps the new ARM Cortex-A78C chip, purpose built for the next-generation of ARM-powered PCs with support for up to 8 big CPU core clusters for a more “homogenous multi big core computing” could be the answer Microsoft is waiting for. With the inclusion of 8 Big CPU Cores, the ARM Cortex-A78C will be compatible with the new Mali-G78 GPU. The A78C is specifically designed to offer eight cores worth of “big” CPU performance, with either 256KB or 512KB of L2 cache per-core and up to 8MB of L3 cache for all the CPUs to share. L1 cache size could be 32KBor 64KB for each of the instruction and data caches. The L3 cache reportedly supports up to 60GB/s of sustained bandwidth. This should directly translate to increased performance.