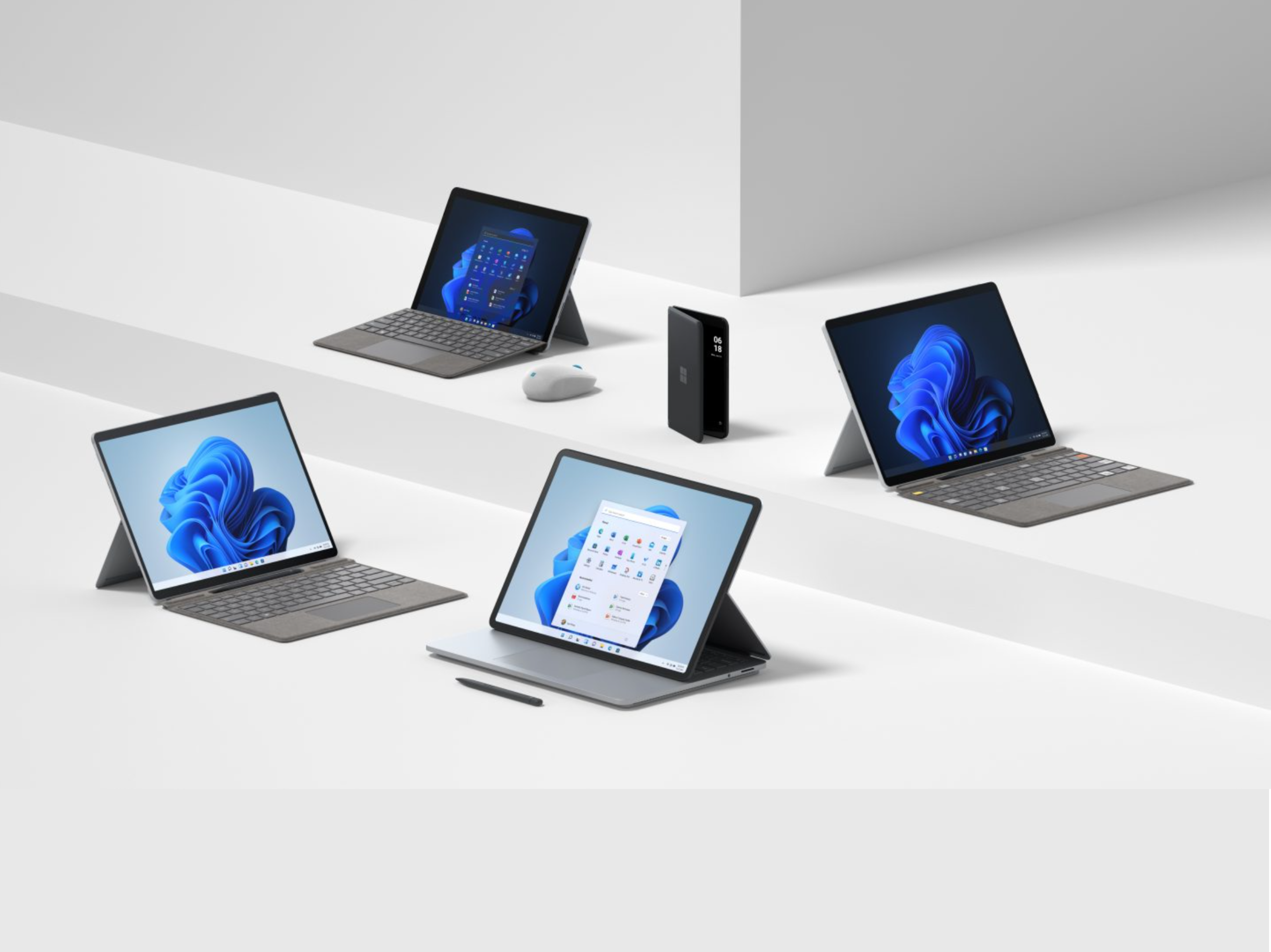 Both devices were released 3-years apart and share the same chassis design, the same thick display bezels but each generation comes with newer Intel CPUs. So, three years down the road now, Microsoft has finally delivered the Surface Pro 8 everyone has been waiting for.

Surface Duo 2 will feature the Snapdragon 888, at least 8GB of RAM and possibly up to 12GB, more storage options, 5G and slightly small bezels within the existing chassis. It will feature a large triple camera module on its back which will improve the camera performance, but keep the device from fully closing.

The Surface Laptop 4 is more of a high-powered MacBook Air and the Surface Book 3 is more of a low powered Dell XPS. The design of the current Surface Book 3 currently has too many constraints that do not allow for a higher power and frankly a much hotter CPU inside of the detachable tablet that serves as the display for the device. Last year we made the case that Surface Book 4 should be completely reimagined and shortly after an Industrial Designer delivered with a concept that combined the Surface Pro and Surface Laptop into one innovative pro-level laptop design that had the internet screaming at their screens “take my money now.”

Ryan Smalley, a Designer from Seattle created the perfect re-design for Surface Book 4 last year. This is the guy that introduced the famous Surface Note concept from a few years ago, that was posted all over the web years before the Surface Duo was unveiled. Back in August, Smalley posted an update to his original Surface Book 4 design that is decidedly more Surface Laptop looking. Well today, Microsoft unveiled Surface Laptop Studio which looks like a clear clone of Smalley’s design.

The Surface Book 4 design favors the laptop over the detachable tablet while still enabling digital sketching. This would enable Microsoft to get a 45W Intel Core i7 processor in there for sure. The appearance is still very Surface looking, combining the base of the current Surface Laptop and the display only connected by the Surface Pro-like kickstand. Will we see this design for Surface Book 4 this fall? Many other industry journalists seem to think so.

Surface Pro X is not only Microsoft’s ARM-platform flagship but it is also Microsoft’s flagship for the Windows 11 on Arm platform. Unfortunately, the second-generation Surface Pro X was not that exciting, a slightly overclocked SQ1 that was named SQ2, the addition of the Platinum finish and additional keyboard colors and no 5G connectivity was all we really got.

Today at Microsoft’s fall hardware event, the company quietly released some optional updates to both the SQ1 and SQ2 powered Surface Pro X. Now, you can buy Surface Pro X in either Black or Platinum with SQ1 or SQ2 and with or without 4G LTE. Yes, that’s right, there is finally a Wi-Fi only model available, just like how Apple sells its iPad Pro models. The new base price of Surface Pro X is $899. Microsoft also announced that Windows 11 comes with 32- and 64-bit legacy app emulation right out of the box.

What Surface devices are you most excited about for Microsoft’s Surface hardware event tomorrow? Let us know in the comments below.