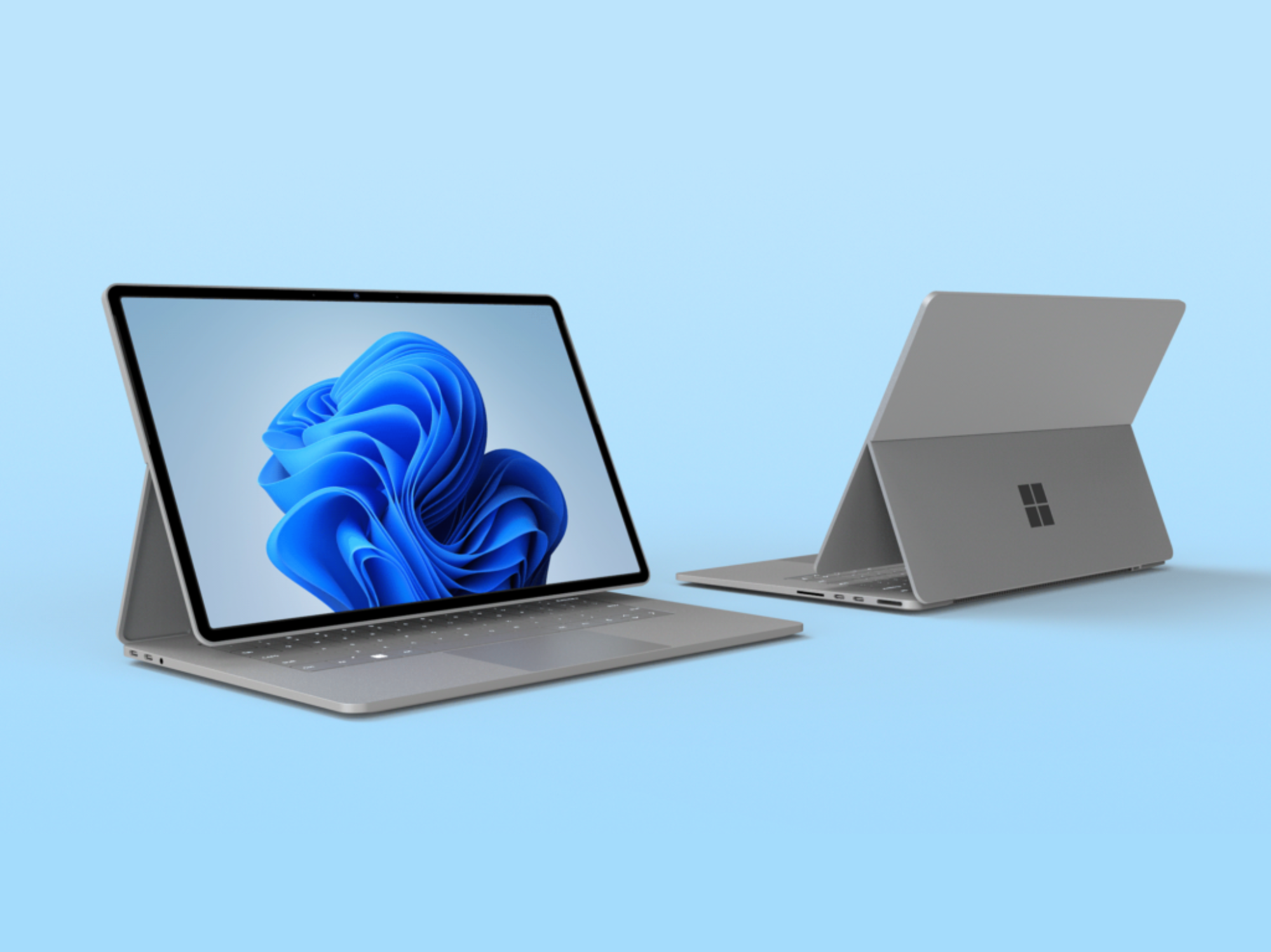 Microsoft fall Surface event set for tomorrow September 22nd at 11am ET will see the company reveal the major refresh of the Surface Pro 8 while the SQ3-powered Surface Pro X, Surface Go 3 will only see internal upgrades. Surface Duo 2 will see some welcomed improvements and the all-new Surface Book 4 will see an all-new design. The wild card devices will be an SQ3-powered Surface Laptop, Surface Neo, the long-overdue Surface Studio 3 and maybe a Surface Go X. Check out our roundup below.

The leak alleges Surface Pro X-style, 13-inch PixelSense display with 120Hz refresh rate, two thunderbolt ports and removeable SSDs. The Surface Pro X and Surface Pro 8 will differ externally in one major way, venting. Only one Surface Pro configuration utilizes a fan, the Intel Core i7. Both the Core i3 and i5 variants are fanless but still may need the vent to vent its heat. So, while the image is definitely a Surface Pro X most of the specs may be true. The only spec with a giant-sized question mark over it is Thunderbolt. Microsoft has cited Thunderbolt as a security risk in the past and unless that has actually changed, we don’t expect Microsoft to support it.

When Apple launched their M1-powered MacBook Air and MacBook Pro, they virtually decimated their competition with the sheer performance the M1 chips produced. Both Microsoft and Qualcomm want to go toe-to-toe with Apple’s M1 by launching a true M1 MacBook Killer. Qualcomm’s upcoming Snapdragon 8cx Gen3 might be what we needed all along. Recent benchmarks point to a big improvement for Windows on Arm but not exactly the M1 MacBook Killer we are waiting for. One thing is for sure though, the ARMs Race is heating up.

Surface Duo 2 will feature the Snapdragon 888, at least 8GB of RAM and possibly up to 12GB, more storage options, 5G and slightly small bezels within the existing chassis. It will feature a large triple camera module on its back which will improve the camera performance, but keep the device from fully closing. Below is a concept by Jonas Deahnert based on recently leaked photos.

Surface Go is perhaps one of the most fun Surface devices to use, it is small, lightweight and perfect for media consumption like iPad devices are. The one thing holding it back however is its CPU. Nearly a year ago now, we heard rumors of Surface Go X being unveiled last year, but the economies of some states were suppressed by the lockdowns, so like Surface Neo Microsoft may have decided to delay its release. The performance and efficiency that comes with Arm CPUs like Snapdragon 7c Gen 2 are profound and perfect for light computing tasks where most of the time you are in the browser or watching videos on YouTube, Netflix, Amazon Prime Video. Snapdragon 7c devices from OEMs like the Samsung Galaxy Book Go start at $349 for a traditional laptop, just imagine what just a tablet could cost, $329? Now that Windows 11 features x64 legacy app emulation, there is really no reason not to bring Snapdragon 7c or a custom variant to Surface Go.

The Surface Laptop 4 is more of a high-powered MacBook Air and the Surface Book 3 is more of a low powered Dell XPS. The design of the current Surface Book 3 currently has too many constraints that do not allow for a higher power and frankly a much hotter CPU inside of the detachable tablet that serves as the display for the device. Last year we made the case that Surface Book 4 should be completely reimagined and shortly after an Industrial Designer delivered with a concept that combined the Surface Pro and Surface Laptop into one innovative pro-level laptop design that had the internet screaming at their screens “take my money now.”

Ryan Smalley, a Designer from Seattle created the perfect re-design for Surface Book 4 last year. This is the guy that introduced the famous Surface Note concept from a few years ago, that was posted all over the web years before the Surface Duo was unveiled. Back in August, Smalley posted an update to his original Surface Book 4 design that is decidedly more Surface Laptop looking. We think the big reveal will feature it in laptop mode first and then will pop forward into studio mode.

The Surface Book 4 design favors the laptop over the detachable tablet while still enabling digital sketching. This would enable Microsoft to get a 45W Intel Core i7 processor in there for sure. The appearance is still very Surface looking, combining the base of the current Surface Laptop and the display only connected by the Surface Pro-like kickstand. Will we see this design for Surface Book 4 this fall? Many other industry journalists seem to think so.

What Surface devices are you most excited about for Microsoft’s Surface hardware event tomorrow? Let us know in the comments below.