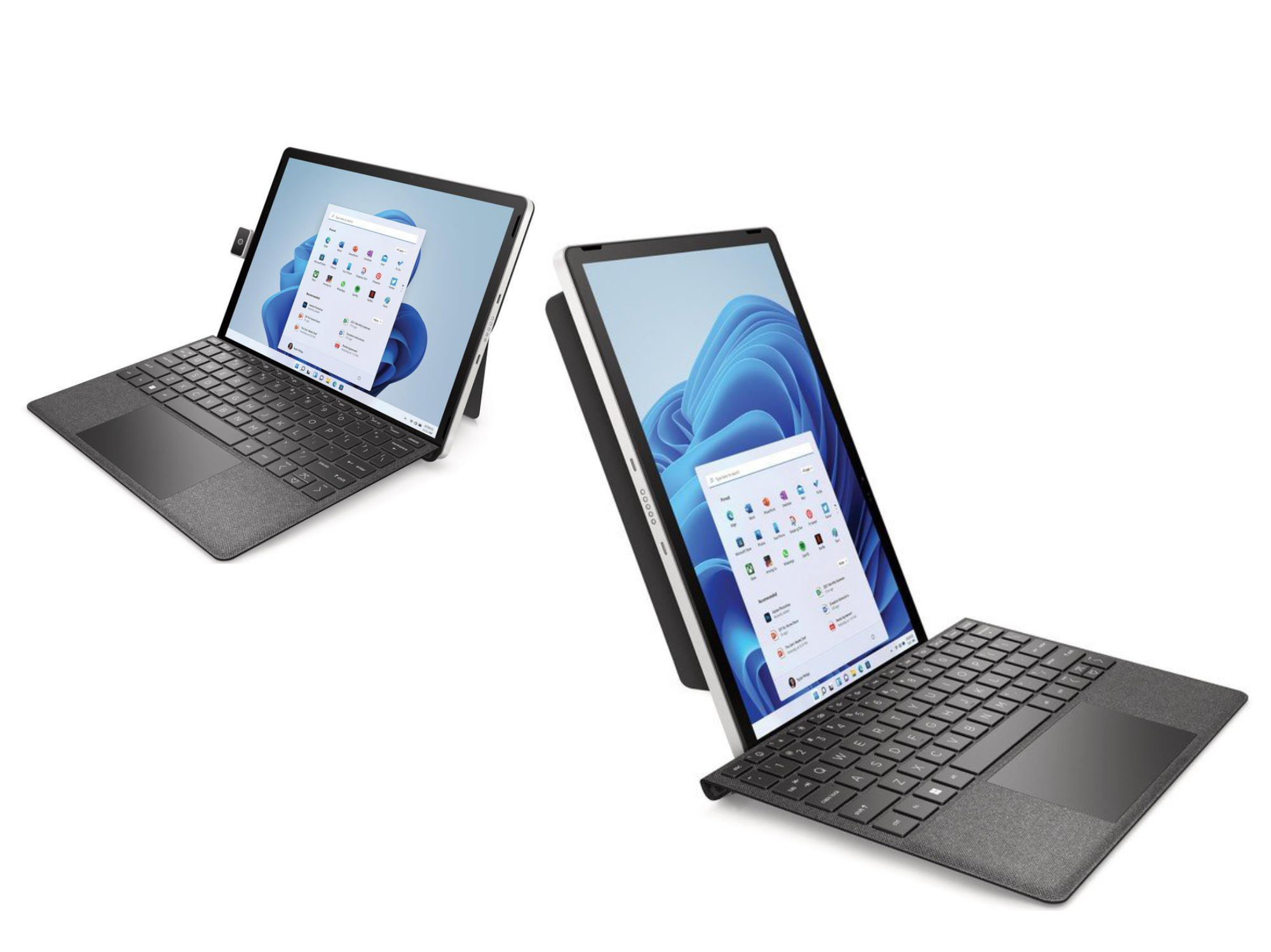 HP has announced new Windows 11 PC today in all kinds of form factors like All-in-One’s, laptops and tablets.

HP announced an all-new 16-inch Spectre x360 laptop that features a 16-inch (3072 x 1920) display with a 16:10 aspect ratio, a 5MP front facing camera with 1080p video resolution and some AI features like what HP calls Autoframe that lets the camera follow you for those all-important video calls. Another welcome feature is presence detection so when you leave your desk your PC will automatically lock and perhaps my favorite feature, it can tell if someone else is looking over your shoulder and will blue the display and obscure the content for security.

HP’s new 14-inch laptop may look like an ordinary budget laptop but internally it is powered by a Qualcomm Snapdragon 7C Gen 2 CPU and an Adreno 618 GPU, 8GB of RAM and 128GB of eMMC storage. There is no word on pricing yet but it may end up in a similar range to Samsung’s Galaxy Book Go.

HP’s Surface Go competitor has a cool trick up its sleeve, it can rotate and stand up and connect to the folio keyboard in portrait mode via an extra connection on the side of the tablet. HP’s 11-inch tablet features the world’s first rotating camera and the first 13MP front camera in a Windows tablet. It also features a 2K (2160 x 1440) display powered by an Intel Pentium Silver N6000 CPU and 4GB of RAM. It will be available in December for $599 that comes with a keyboard and a $499 model that doesn’t.

Sign up & never miss out on the latest news
Related Topics:HPWindows 11