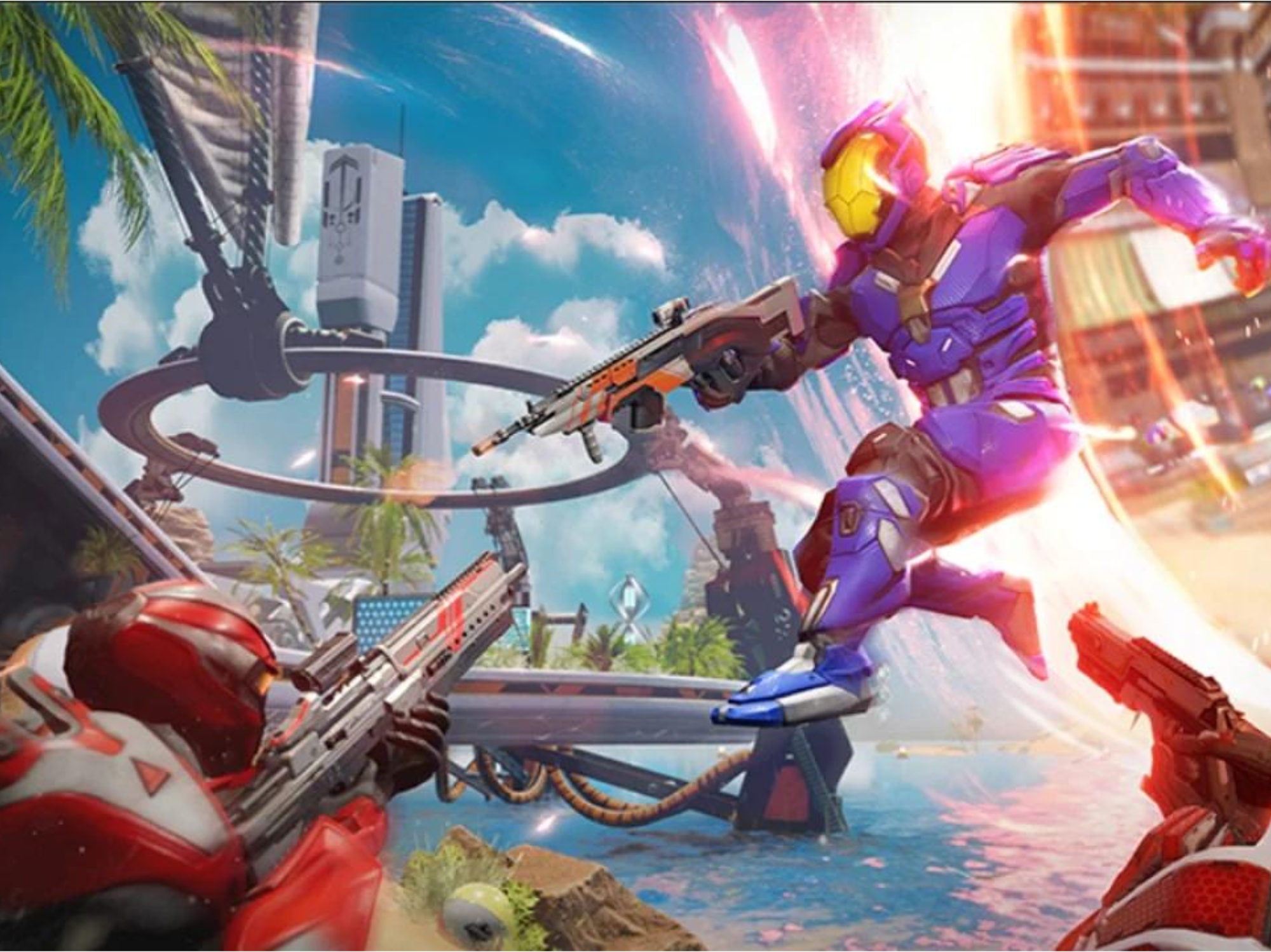 Nearly a month ago Halo Insiders dropped into the first Halo Infinite technical preview, battled increasingly harder bots and then for a short time on the last night, we got to fight other Spartans. Those 4-days of Halo Infinite bliss have ended an in the month since 343 Industries ended the first multiplayer technical preview, another game has been filling the void left by the highly anticipated Xbox game, Splitgate.

Everyday players are not playing Halo Infinite, they are going to be discovering and playing Splitgate. Splitgate is a multiplayer shooter like Halo that also features player-controlled portals. This free-to-play shooter takes the FPS genre further with Portal-like mechanics, delivering multi-dimensional combat. Imagine Halo red vs blue multiplayer combined with Portal, yes that’s right both the mechanics of Halo and Portal in one game, yes it exists and you can play for free right now on Xbox and PlayStation. Game modes like Team Deathermatch, King of the Hill, Domination, VIP, Team Oddball, Team Swat, Team Shotty Snipers and Gun Game make for hours of classic FPS fun that mixes the best of Halo and Portal into one very strong and entertaining FPS.

Splitgate’s maps are large and multi-dimensional, with plenty of creative opportunities to create Portals and get the drop on opponents. While the FPS mechanics are familiar, you are going to have to be creative with your kill strategies on the fly, using misdirection, strategically placed portals to either surprise your opponent or fake them out. The weapons will be familiar with Halo-like Railguns, Snipers, Assault Rifles and Shotguns dealing out Doom-like carnage.

Splitgate developer 1047 Games has been struggling to keep up with demand and enable enough server capacity for the ever-growing userbase. It’s clear that the game is popular not only with first time players but the game keeps them coming back for more. Every week that goes buy and 343i hasn’t launch its second technical preview for Halo Infinite, is 7-days players will be playing Splitgate instead and that’s bad news for Halo Infinite.