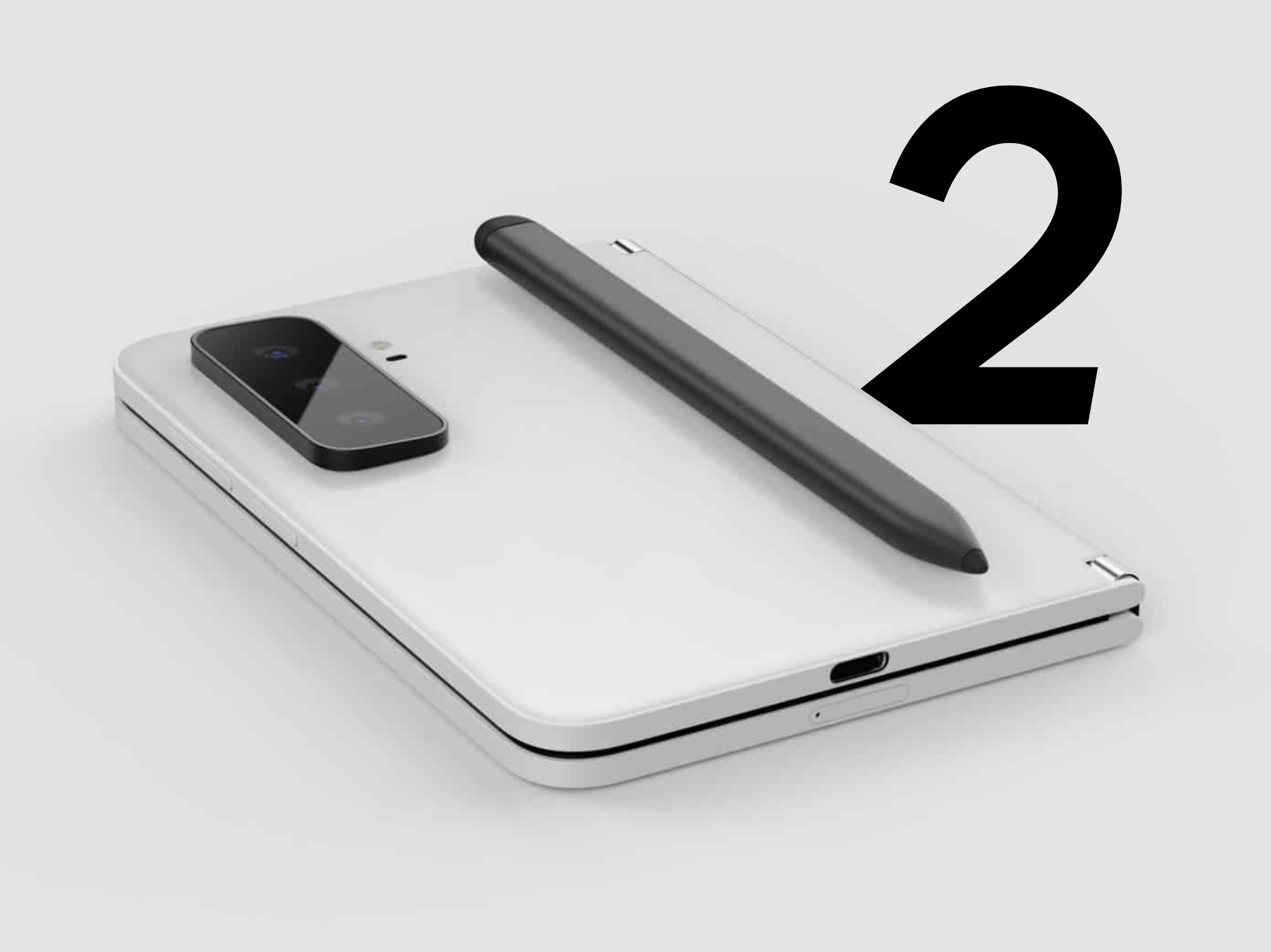 Not long after photos of the Surface Duo 2 leaked, Industrial Designer Jonas Deahnert has given the device the sexy renders it deserved, via a report from Windows United. Deahnert has made many Windows phone concepts in the past as you can see on his Behance profile, and his latest Surface Duo 2 renders are as beautiful as ever. But now Surface Duo 2 has been benchmarked which is a hallmark of an impending release, benchmarks also give us a look under the hood as well.

Today’s news confirms suspicions that Microsoft’s 2nd-gen Surface Duo would ship with a Snapdragon 888 and 8GB of RAM which is a great upgrade over the Snapdragon 855 and 6GB of RAM found in the first-generation Surface Duo. The Geekbench scores reveal a single-core score of 1091 and a multi-core score of 3517 which matches other Snapdragon 888-powered devices currently available. Another detail revealed by the benchmark is that the Surface Duo 2 is running Android 11.

Based on past Surface Hardware events, we won’t likely see Surface Duo 2, Surface Book 4 or any other new Surface Hardware until October or November, but these new renders aim to mitigate the one glaring issue that the leaked photos of Surface Duo 2’s camera bump made obvious, the fact that it will no longer be able to close when in its phone posture.

The biggest feature addition to Surface Duo 2 is the triple camera and subsequent camera bump, but that also has design consequences for this device that can fold both displays shut and open so that both displays are exposed, one on the front and the back. The design was likely inspired by the well-known Surface Note concept that solved all of the design issues except one, making room for a high-powered camera. The designer of the Surface Note concept says that his Lumia 950Xl was the inspiration for the size of the Surface Note, so making the folded device no thicker than the thickest part of a Lumia 950XL, which was 8.1mm. That means that the thickness of the unfolded device would have to be a little more than 4mm. It is perhaps that initial choice to make the folded device no more than 8.1mm that forced the design to be so thin and thus have a large camera bump on Surface Duo 2 that will not allow the device to fully close back on itself.

It wasn’t clear from the leaked photos how the camera bump would fold into the phone posture and if that gap would look like. Deahnert has a potential solution it would seem. What isn’t clear though, did this come from the device photos, is this Deahnert’s solution and would it affect the camera having slanted cover glass? Since the selfie camera is no longer pulling double duty as the main camera, there is no longer a need for a flash on the display side of the device.

Based on past photo of Panos Panay holding a black Surface Duo prototype, we are hoping Microsoft actually makes Surface Duo 2 available in Black this Otime around. Any of our readers looking forward to Surface Duo 2 this fall? Let us know in the comments below.