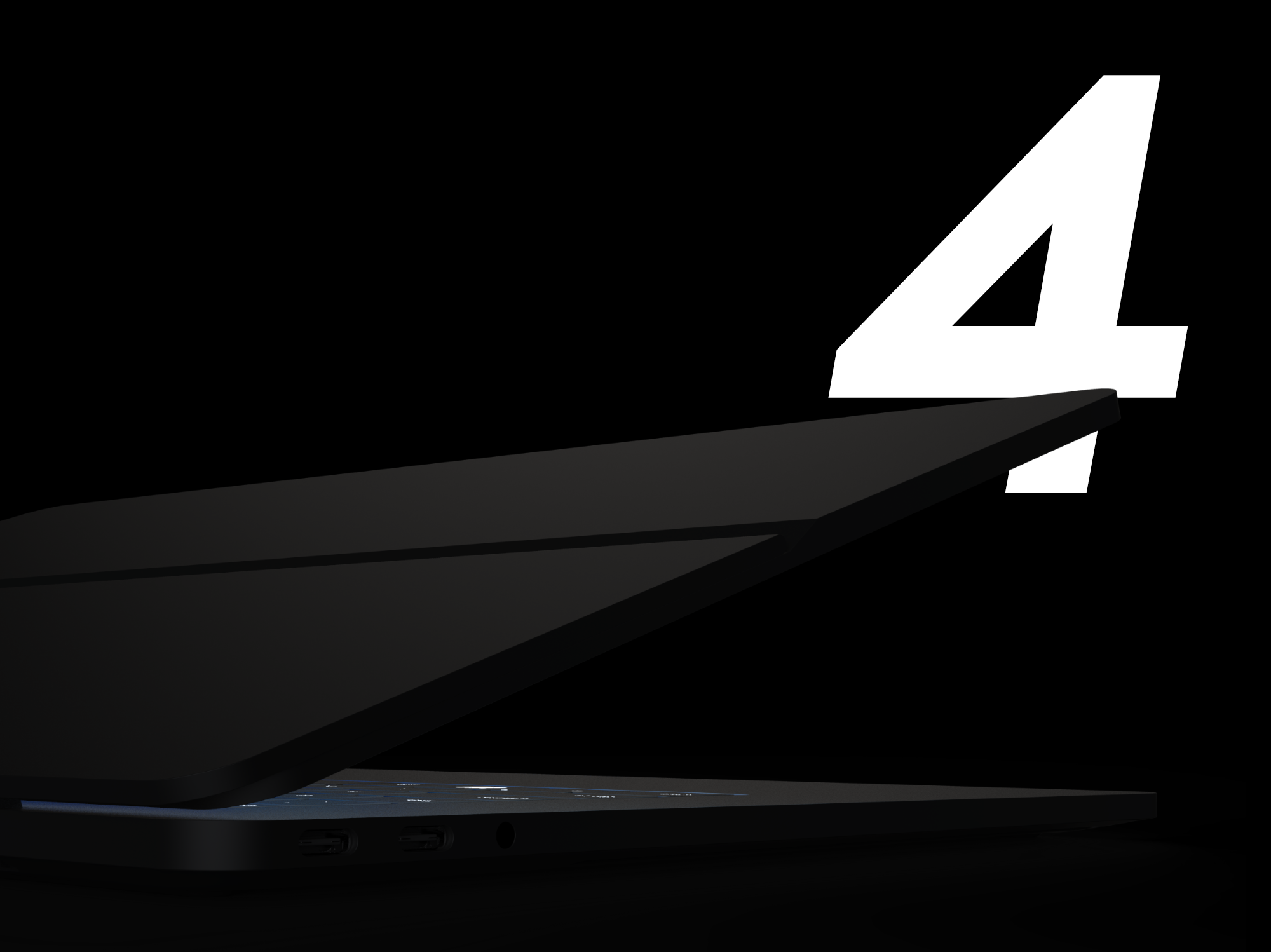 The current Surface Laptop 4 or Surface Book 3 do not live up to the Pro-level performance of its competitors like Dell’s XPS series or Apple’s current Intel-powered 16-inch MacBook Pro and others. Recently, WindowsUnited unearthed new patent drawings by Microsoft (below) depicting a 2in1 laptop similar to the Surface Book 4 concept we have covered in the past. Today. The design studio that created the original Surface Book 4 concept is back with a teaser of a new laptop with a faint Microsoft logo on the lower back of the display lid with the tweet only saying “Coming soon.” Since we don’t know what kind of Surface device is in the teaser image, for now we are just going to call it Surface Book 4.

The design of the current Surface Book 3 currently has too many constraints that do not allow for a higher power and frankly a much hotter CPU inside of the detachable tablet that serves as the display for the device. Last year we made the case that Surface Book 4 should be completely reimagined and shortly after a Designer delivered with a concept that combined the Surface Pro and Surface Laptop into one innovative pro-level laptop design that had the internet screaming at their screens “take my money now.”

Ryan Smalley, a Designer from Seattle created the perfect re-design for Surface Book 4 last year. This is the guy that introduced the famous Surface Note concept from a few years ago, that was posted all over the web years before the Surface Duo was unveiled. With a design like Surface Book 4 and Surface Note why hasn’t Microsoft hired this guy to design future Surface devices?

The Surface Book 4 design favors the laptop over the detachable tablet while still enabling digital sketching. This would enable Microsoft to get a 45W Intel Core i7 processor in there for sure. The appearance is still very Surface looking, combining the base of the current Surface Book and a Surface Pro as the display only connected by the kickstand. Unfortunately, the patent drawings show a mess of unnecessary mechanical arms built-in. Will we see this design for Surface Book 4 this fall? Unless Microsoft has hired the designer of this concept than likely not, unless Microsoft is trying to steal this guy’s design. Come on Microsoft, what are you waiting for? We want this design now please, hire the designer of this concept already and get to work.