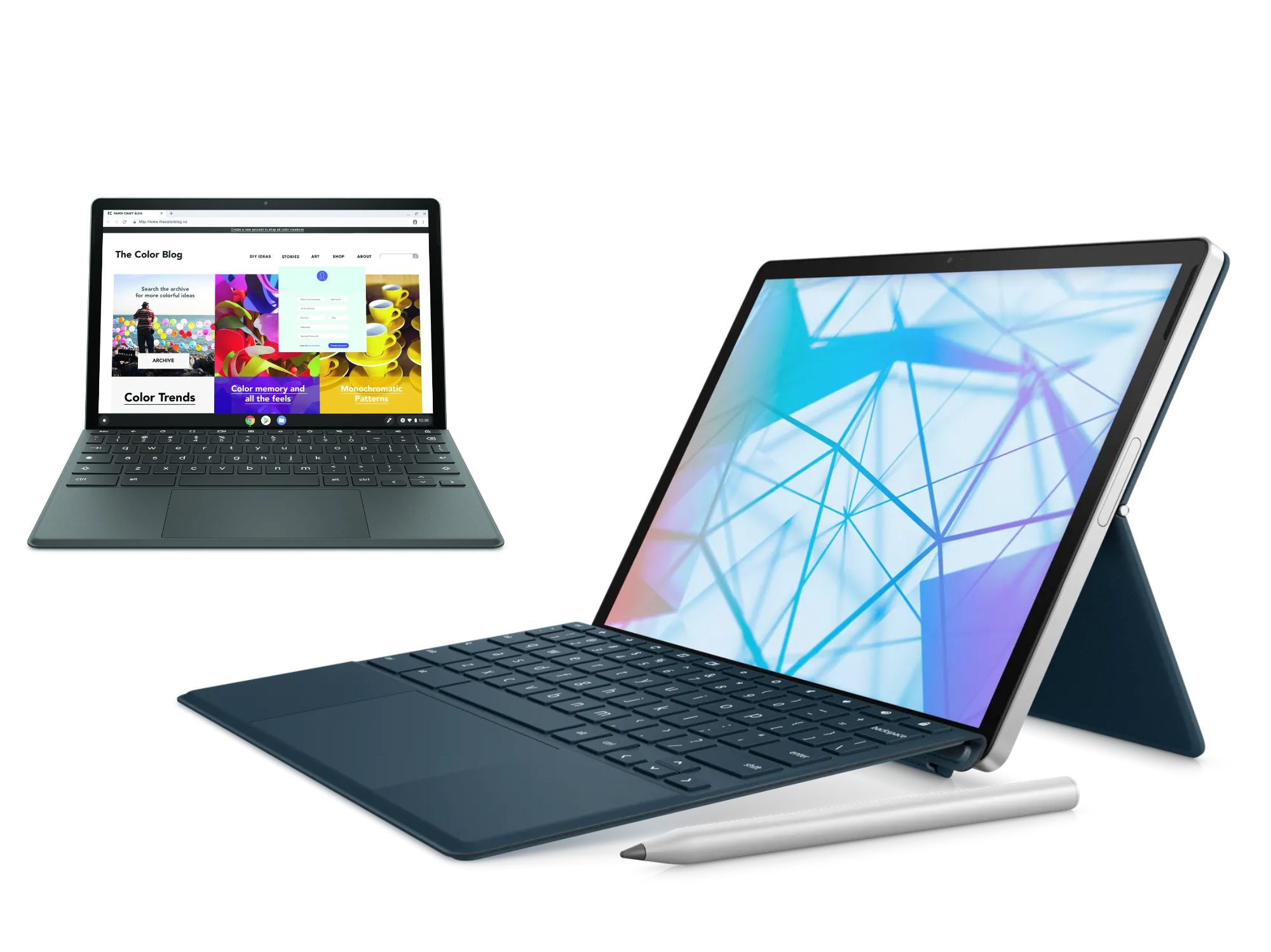 HP today announced a Chrome OS All-in-One desktop, an ARM-powered 2in1 and a new ‘Works with Chromebook’ certified USB-C Monitor. HP’s new Chromebook x2 is HP’s new Snapdragon 7c-powered 2in1 that includes LTE, a detachable keyboard and kickstand in a compact 11″ tablet chassis.

“The Chromebook x2 11 is the first device of its kind, demonstrating the breakthrough computing experiences made possible through the collaboration between Qualcomm, HP, and Google, and we are proud to enable this innovative design”

HP’s new detachable tablet is powered by Qualcomm’s 1st-gen Snapdragon 7c, is powered by Chrome OS (as the product name implies), it can be used as a standard tablet because the included magnetic kickstand and separate keyboard can be removed. Users can optionally opt for 4G LTE for staying connected on the go and HP says the device will last up to 11 hours between charges.

Similar to Microsoft’s Surface brand, HP’s Chromebook x2 11 features a 3:2 aspect ratio and 2160 x 1440p resolution. The tablet features two USB-C ports for charging and data along with a microSD card slot for expanding storage. HP includes a fingerprint scanner into the power button for authentication. Powering the audio experience is two speakers but no 3.5mm audio jack. Above the display is a 5-megapixel camera for video calls, with an 8-megapixel camera on the rear for tablet photography or document scanning.