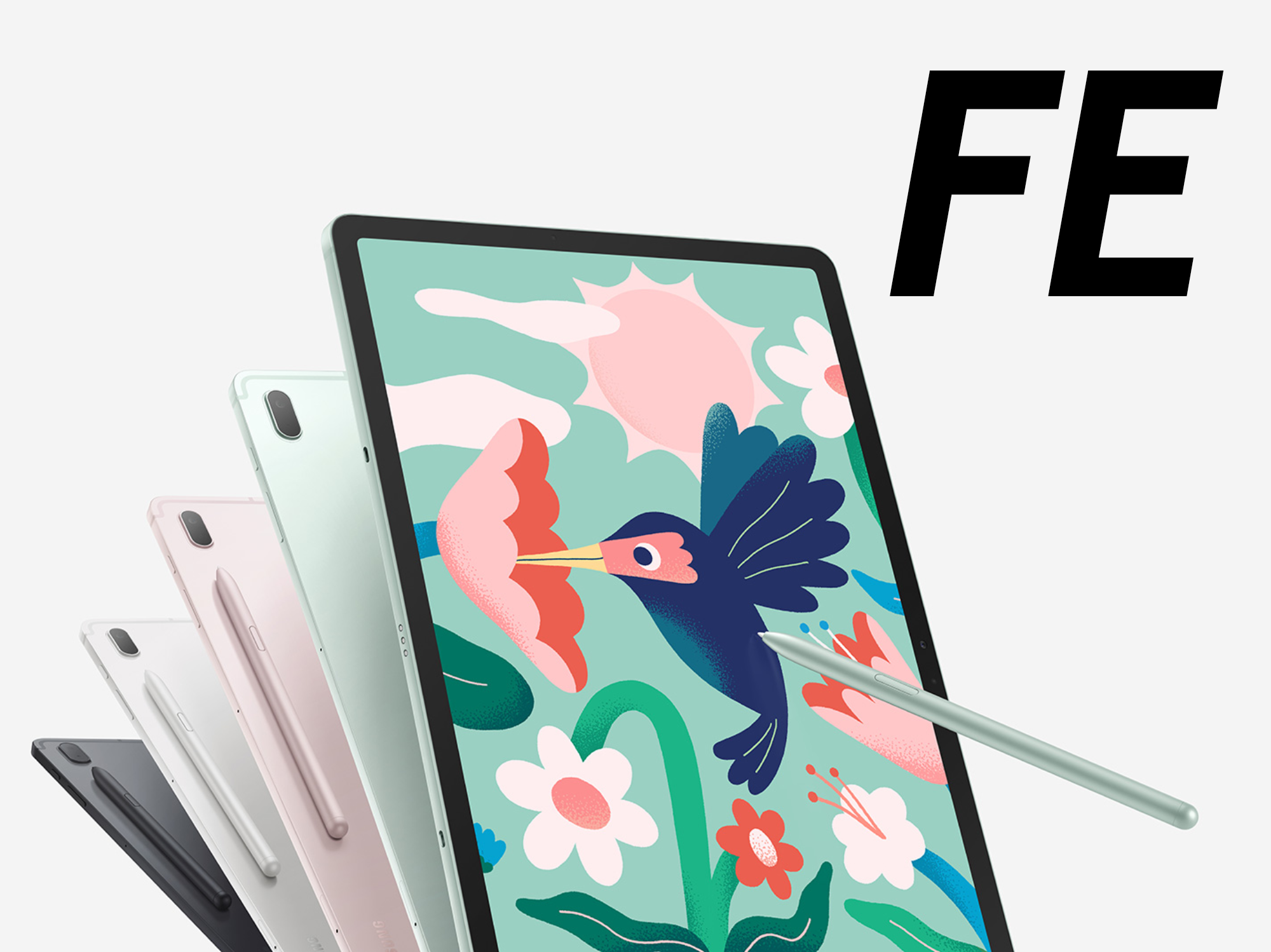 Samsung’s impressive Galaxy Tab S7 now has a new variant for the fans, Galaxy Tab S7 FE. According to a recent report this variant was actually supposed to called Galaxy Tab S7+ Lite, a name that actually fits better and is more descriptive of how this Galaxy Tab is different from the current Galaxy Tab S7+ model. This tablet model launched in Europe and a few other markets first, but now is making its way stateside, with pre-orders opening up today.

Like the Galaxy Tab S7+, this tablet comes with a 12.4-inch 2560×1600 (WQXGA) display, but this display is LCD instead with a lower refresh rate of 60Hz. The S7 FE is powered by Qualcomm Snapdragon 750G, 4GB + 64GB of Storage or 6GB + 128GB of Storage with storage expansion via a Micro SD card with support for up to 1TB. For cellular support the tablet features optional 5G, which means you can also get a less expensive Wi-Fi only version. On the back is an 8 mega-pixel camera and on the front is a 5 mega-pixel camera, but unlike the iPad Pro, this front facing camera is made for the landscape orientation, perfect for video calls. Samsung claims that the tablet will last 12 hours on LTE with no info given for 5G, so presumably it is much lower.

Optionally you can buy an S Pen for drawing and note taking duties. Was with most large Galaxy Tab devices, it comes with Samsung Dex, which is a desktop-like UI that turns it from an entertainment device into one built for productivity.

Pre-orders are now open for both the Wi-Fi and 5G models. The Wi-Fi models start at $529.99, will be available in September with the 5G models from T-Mobile, AT&T, Verizon, US Cellular and other retailers in the coming days starting at $669. Those who act fast and pre-order early can get an instant $80 credit that can be used to purchase accessories.