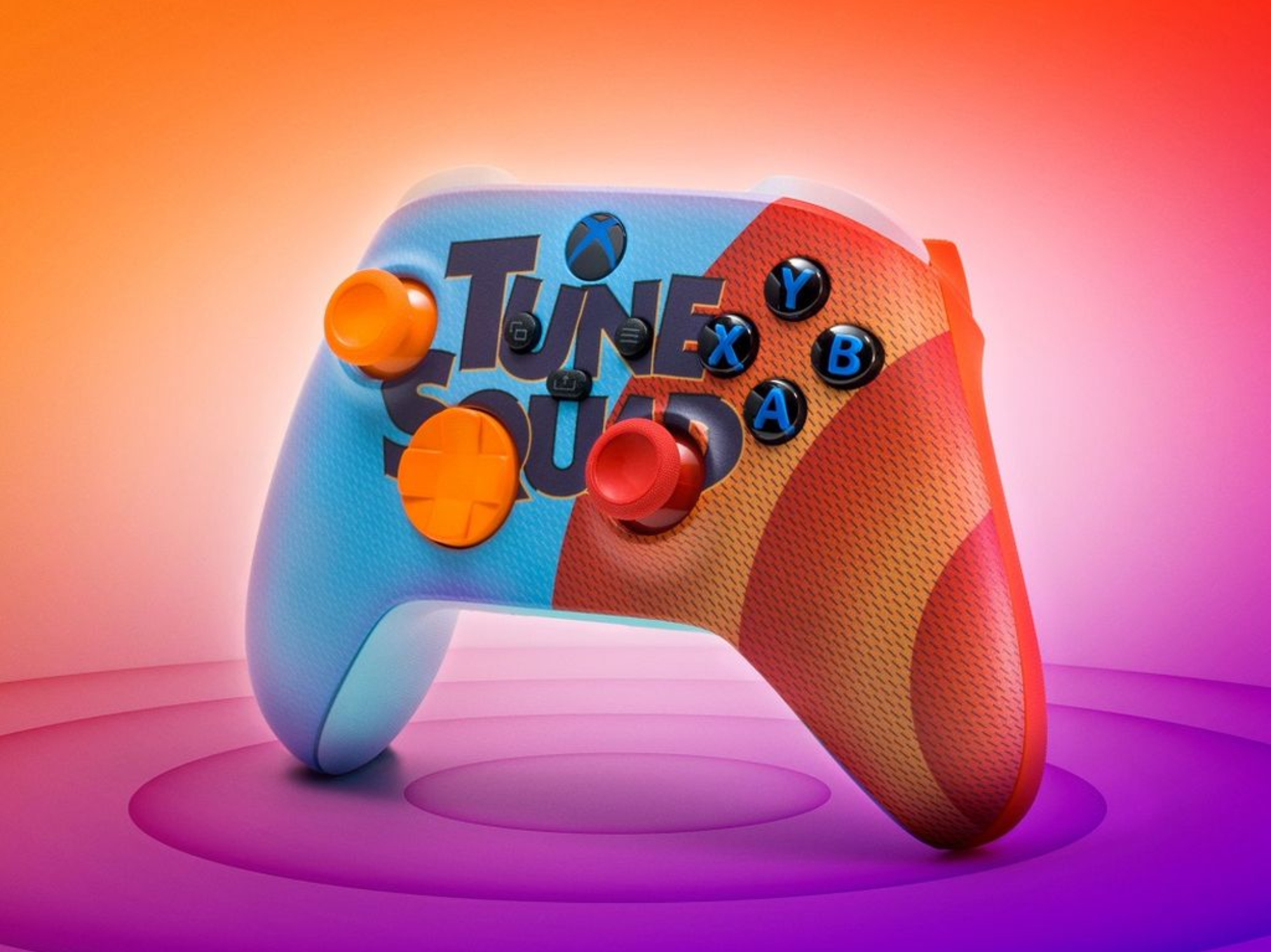 Xbox and Warner Bros. are releasing a new Xbox Game coming to Xbox Game Pass on day one and three new Space Jam-themed Xbox Wireless Controllers. “The game is inspired by the upcoming live action/animated feature film with deep reverence for the lively characters in Space Jam: A New Legacy and appreciation of the Tune Squad’s pop culture influence, all while reminiscent of classic arcade games of the 1990s,” says Sarah Bond CVP Game Creator Experience & Ecosystem.

In celebration of the film and upcoming game, an Xbox Wireless Controller inspired by Space Jam: A New Legacy. – Tune Squad: Become a member of the Squad and channel your inner Tune with this awesome controller, featuring one of Bug Bunny’s favorite colors – Carrot Orange.

The plot of the game starts with a rogue artificial intelligence named Al G. Rhythm has trapped our heroes inside the Warner Bros. server, with little chance of escape. The Tune Squad must fight their way through a virtual army of Al G.’s creation while also searching for four pieces of “Legacy Code” that will allow them access to the nefarious villain’s secret location.

Al G. has sent two members of the Goon Squad – The Brow and White Mamba – to stop the Tune Squad in their tracks. Fortunately, our heroes have access to a variety of moves, including a special basketball, and some rather unique Space Jam cards, to help them out. The game is launching globally on July 1 exclusively into Xbox Game Pass Ultimate Perks for a limited time.