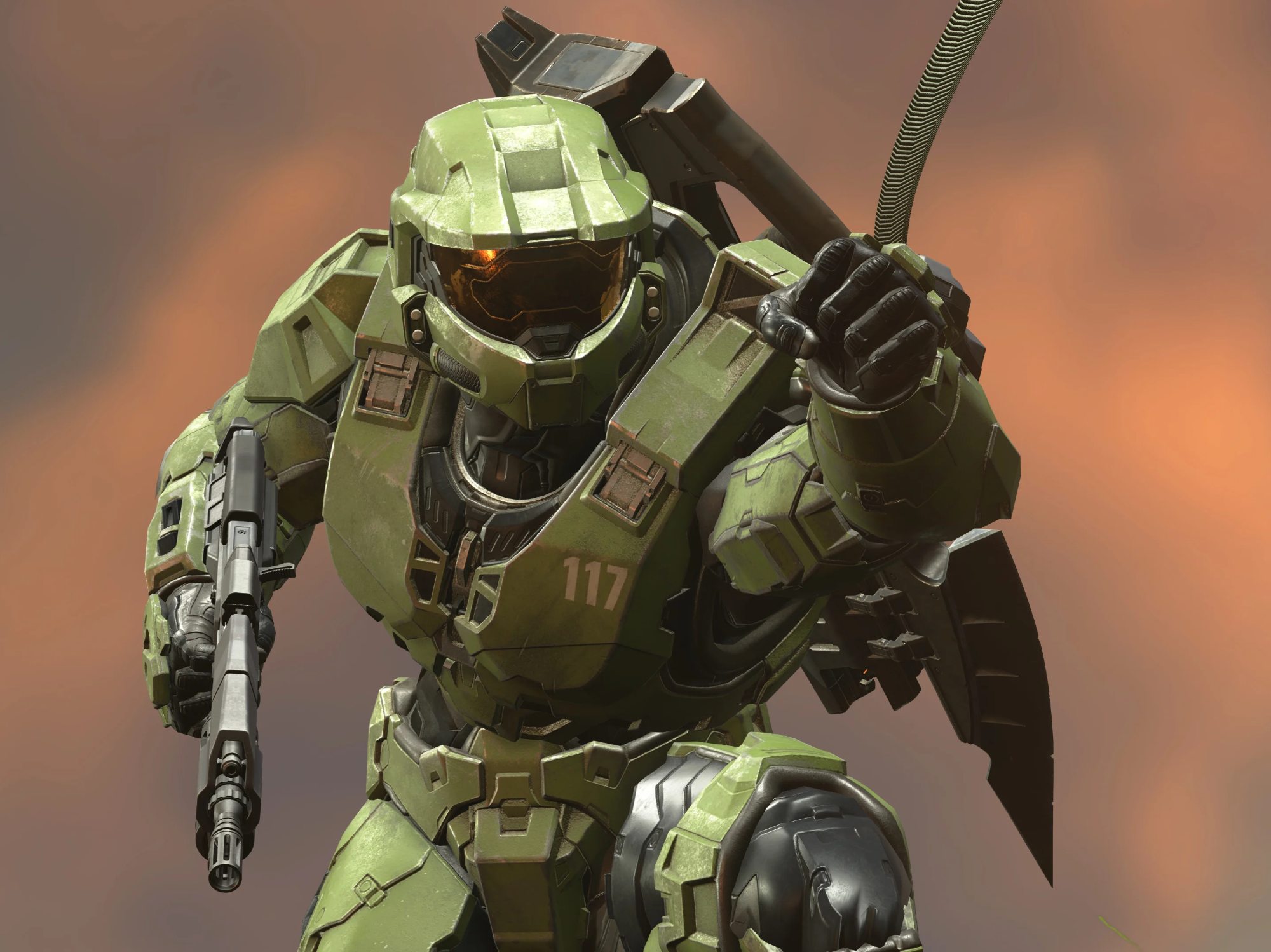 Halo Infinite’s first technical preview flight is near its end and after the brief stint of 4v4 slayer Insiders and we are again slaying Spartan-difficulty bots until 10am PT tomorrow morning.

Have you been missing the long absent Halo 3 equipment, well then you will be excited to hear that they made their comeback in the first technical preview of Halo Infinite. Halo Insiders have already gotten the chance to try out the equipment in multiplayer matches against AI bots and briefly against other players. The equipment works fantastically and will help give players a competitive edge with practice. To help give you the edge we have a list of all the different equipment items and some ideas on how they could be used.

The Grappleshot is a piece of wrist-mounted UNSC equipment, which fires a grappling hook that can attach to a surface and pull its user towards it, allowing for easier traversal of their environment. John-117 made use of a grapple-shot with his MJOLNIR Powered Assault Armor [GEN3], in May 2560

No one could have guessed that having an item as simple and a grappling hook on your arm could change up the entire flow of gameplay. Being arguably the most powerful item, the player can use, the grapple shot will speed up the flow of gameplay like the titan fall franchise you will be able to zip and swing your way across the map, kind of like spider-Man if you will. And as expected you can all use it to grapple an any number of things from other equipment to guns it will all be pulled towards the player. Except other players and vehicle, you will grapple to them instead of pulling it to you. One flaw with using this item is that you may be an easy target to get gunned down by the enemy so you will have to take precaution and think of different strategies while you zip around the map, and if you ever need to get out of the grapple animation you can just cancel it at any time. Allowing the player to say pull them self’s towards and enemy and them cancel out just at the right time bring you in close to melee or maybe even shotgun them down if you find one to use. Unfortunately, the Grappleshot is like any other powerup,

The drop wall is a piece of equipment similar in operation to the deployable cover and drop shield. When deployed, the drop wall projects a large energy shield which protects its user from enemy fire in combat, while still permitting the user to shoot through it.

Need to lock down an area or what if you are in the open area with out cover and you’re under fire. Then look no further then the Drop-Wall. It not the bubble shield but its close enough to it if you ask me. When you drop the shield there will be this grid pattern throughout the entire wall, so instead of the entire shield wall breaking at once when it’s shot at tom any times it will only break off the section of square that was shot. This will allow the players to use the shield more effectively giving them spots to shoot through. For example, you could place this wall down and then shoot out one of the squares giving the player a hole to peak and shoot through. Just be careful and try not to stand in front of any open squares unless you are returning fire.

The Threat Sensor, or Threat Detector, is a piece of equipment compatible with the MJOLNIR (GEN3) armor. When deployed, the Threat Sensor emits a periodic pulse in its surrounding area and highlights enemies on the user’s heads-up display.

The threat sensor will give the player the ability to see any enemy through walls and objects in a short range area. You will see the enemy characters in full, but they will be painted red to help the player see their movement easier. This equipment will be especially useful when your and your team are posted up on a spot and you can then see when the enemy will be making their attack. Or if you’re in an area with a lot of rooms and cover you can equip it and then run through making your assault seeing any and or all the enemy players in your way.

The Repulsor is a piece of equipment compatible with the MJOLNIR (GEN3) armor. When deployed, the Repulsor projects an energy shield in front of its user to deflect projectiles.

The Repulsor is of the more unique equipment to come to Halo as it will have two uses. The first one is rather powerful allowing the player to block and then stop small explosions and small arms fire and deflected it right back at them making for a strong counter move. This equipment is especially useful against those pesky plasma pistoles allowing the player to just shoot it right back at the enemy. If helping you throw stuff back at your enemies isn’t cutting it then the second use will be more up your ally. Combining the Repulsor with a jump it will give you a nice boost allowing the player to make a jump they other wise couldn’t make before. Making it significantly easier to escape any pursuing enemies. Not only that it can help you reach vantage points to make a surprise attack from or even post up for a nice sniping position.

This equipment really needs no introduction since it’s been in every single game to date. Giving you added shielding, the Overshield enables you to take on multiple enemies at once, but it has one major weakness. It weakens when hit with a shot from a Plasma Pistole and will be destroyed instantly by a fully charged shot.

Active camouflage (often shortened to active camo) is a form of technological camouflage designed to conceal an object from visual detection by rapidly adapting to its surroundings. Both the UNSC and the Covenant use various forms of active camouflage technology, though the term is most prominently applied to Covenant-developed cloaking equipment.

Another piece of equipment that needs no introductions and has also been in every game to date, active camouflage, or active camo if you will. As the title suggests, it gives the player the ability to appear invisible. This allows the player to sneak around the map, shoot from cover and assassinate enemy players. Be warned that movement and shotting will make you more visible so you will have to pick your steps and shots carefully.