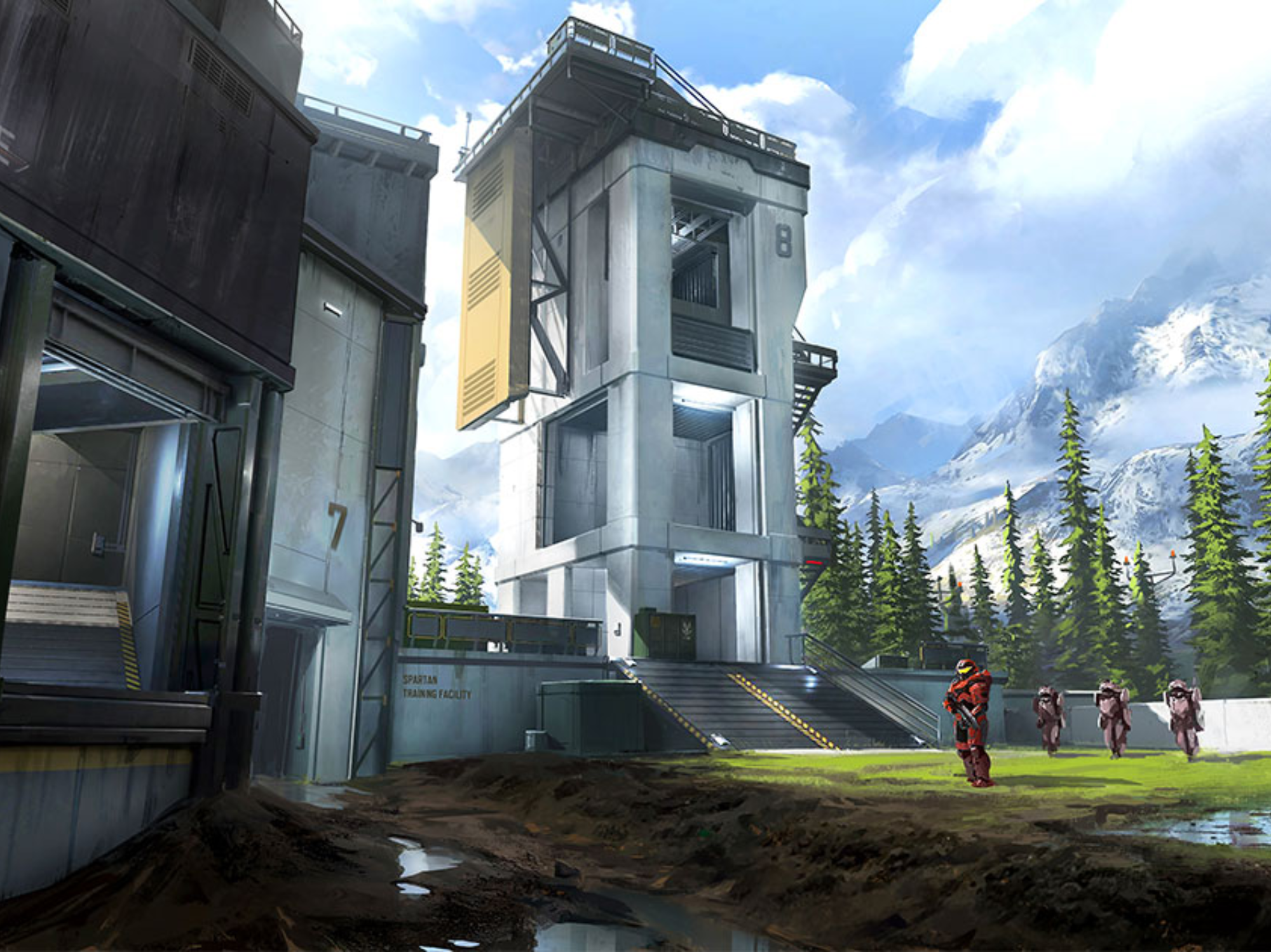 Microsoft’s 343 Industries was hard at work yesterday trying to get the servers up and running smoothly so my fellow chosen Halo Insiders could start testing. In the evening, Halo Infinite Insider was finally live and we started playing right away…er…actually we had a small update to install, then we had to reboot our consoles and PCs, then download and install a hefty 18GB update to Halo Infinite Insider and then we started playing…actually we had to hit the play button for multiplayer button several times to load into a working server, then we got to play. Once I loaded into that first map and started taking on the bots, I was shocked at how balanced everything felt.

I immediately flipped my enemy and friendlies colors and here’s why, Bots are AI’s, cold and lifeless, so they should be blue, Spartans are humanity and alive, so they should be red. I am not sure why 343i is associating Blue with good and Red with bad. This is an association 343i didn’t have before making Red vs Blue matches, you always randomly got a new team color. Always having a different team color sometimes had me shooting at teammates at the beginning of a match though. I know color association is a hard thing and that’s probably why 343i opened up those settings to us, but getting a whole generation of gamers to believe Blue is good and Red is bad just seems like the wrong direction.

Because you can customize you friends and enemy colors, you can now rock your customized armor in matches like this weekend’s Slayer matches. If you visit the shop, there are some weapons and armor you can purchase with the credits 343i gave the chosen Halo Insiders. One of my favorite items was the beige and orange color scheme for my armor, it kind of had a Star Wars rebel alliance look to it. Then after playing a bunch of matches, you will earn an orange visor color to complete the look. Like the robot spartan look? You can replace some of your limbs with robotic arms and legs, giving your spartan an even more unique look. There are two weapon skins you can purchase with you free credits right away, a red skin and a white/black skin, further giving your spartan a unique look.

The settings to tweak

The gameplay was immediately refreshing, next-gen Halo never looked and felt so good. Yes, you only get to play at one arena so far, but the gameplay is so pleasant, it pulls you into more and more matches, not to mention, you get rewarded with items and XP. The Assault Rifle was the big surprise, with its more precision fire pattern and updated sounds, it quickly became one of my favorites. The pistol shot at a more rapid clip then it did in Halo 5 and exactly like it did in MCC, making it the best backup weapon when your main gun needed to reload.

The VK78 Commando quickly became my favorite gun in the game, it allowed me to rapid fire, albeit slower than the Assault Rifle and take down range aim like a DMR.

The Skewer was big and scary looking, but in combat didn’t amount to a very effective weapon, in my opinion. It still looks super cool though.

The very first time I played last night, the bots were pretty easy to kill, but as the night went on, they got progressively harder to kill. A lot of the moves the bots started to exhibit by the end of the night looked like player moves, which makes sense, 343i said these flights were partly used to train the bots. The bots did some things that players can’t do though, like seeing you when they are looking in another direction, so you always had to be ready when you saw them. They tended to spawn in clusters half the time and getting overwhelmed by bots became a regular occurrence until you figured out where their favorite spawn spots were.

All in all, the gameplay was very good, there was a lot of discovery during that first hour of gameplay and with the bots using Taskmaster-like tech to learn player’s moves, it kept the gameplay fresh, even if it got harder. Customization and the expanded settings really helped to make the experience all your own. I can’t wait for tonight’s gameplay session.