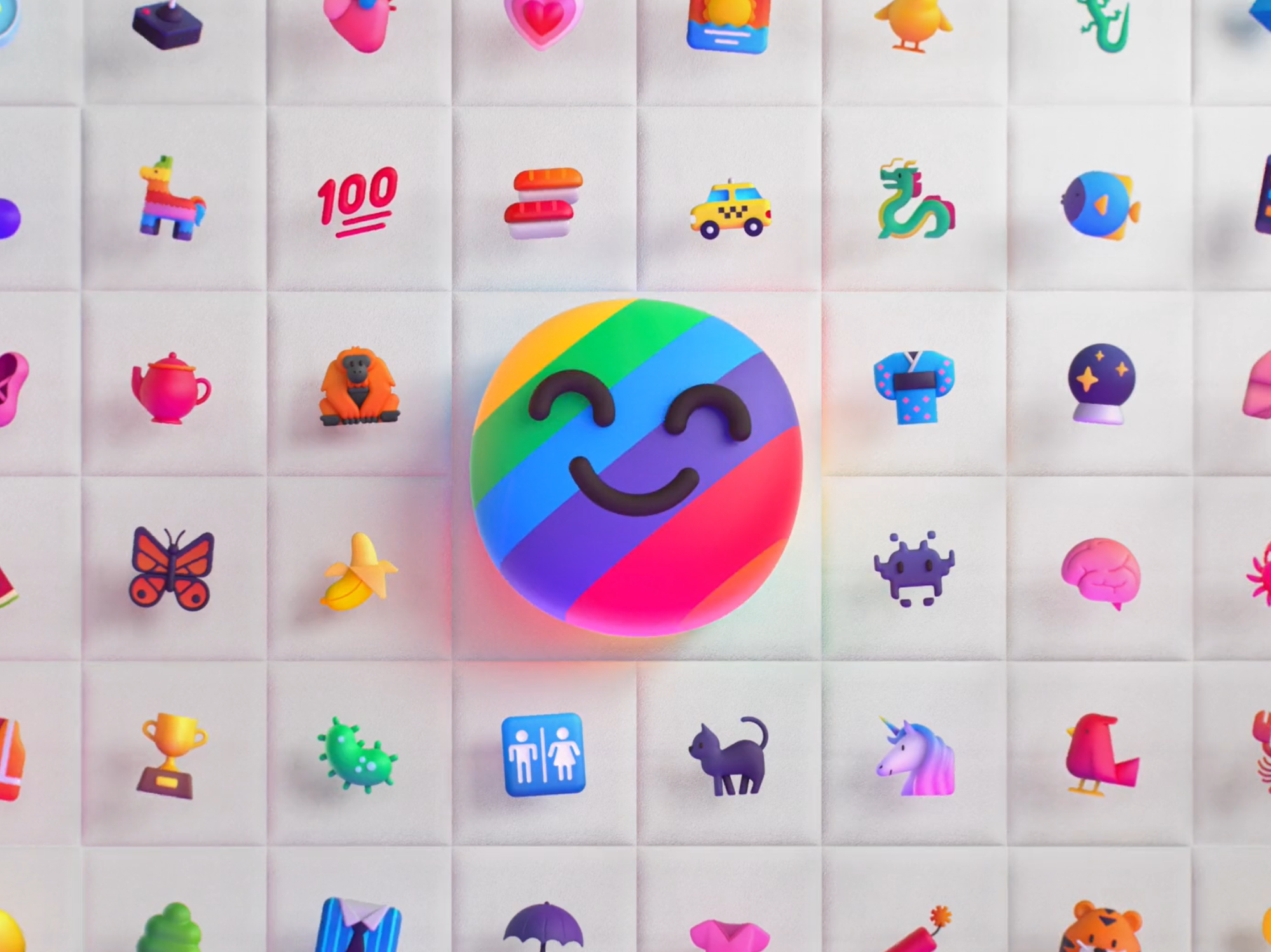 Microsoft today has introduced 1800+ new 3D Emoji it plans to bring to both Windows 11 and Teams. In a new blog post on Medium, the company opens up with the narrative that Emoji has stood in as a quasi-replacement for in-person integrations where we infer things like body language and subtle forms of humor to inform what people say, “With emoji, however, a few pixels can telegraph our thoughts and feelings in ways that are fun, clear, and emotionally resonant.”

Microsoft has created a brand ‘Fluent’ library of animated 3D Emoji that the company says it plans to bring to Windows 11 and Microsoft Teams in the “coming months.”

“Even before the pandemic obscured the lines between work and life, notions of professionalism had been evolving toward emotional honesty and playfulness. To ensure our new designs reflected this, design researcher Meghan Stockdale worked closely with us to rethink graphical expressions of professionalism. Through primary and secondary research, she focused on the concept of play as a catalyst for tapping into our best work and most honest selves. She cites Stuart Brown’s wonderful book, Play: How it Shapes the Brain, Opens the Imagination, and Invigorates the Soul, as a particular influence for her.”

“Play is vital for things like creative brainstorming, developing and mastering new skills, and team building,” says Meghan, “but we haven’t typically been open to giving play a place at work or in our work tools. Because of our associations with work and adulthood, play can at times make some people uncomfortable — even though we’re fundamentally built for it.”

Microsoft wanted “Trust and clarity” to be guiding principles throughout the design process. Microsoft wanted people to trust that the new emoji style would “recognize their intentions and reflect their humanity.”

“People aren’t perfect, and there is beauty in our originality, which is why we chose an imperfect circle to be the silhouette shape for a head.”

We also paid close attention to the expression in the eyes on our emoji and leaned into pronounced eyebrow expressions. It was critical for us to preserve the intent of the emotion while putting our design spin on them. Microsoft wanted the Emoji to be “engaging with uplifting and inspiring design” the design team leaned into bright, saturated colors and bold forms during the design process.

Microsoft maintained consistency ” across 1,888 emoji in various categories, we used simple geometric forms as the basis for each emoji.”

Ok, maybe Clippy isn’t back in the way it was in the past, but now the paperclip Emoji will look like Clippy. Good news, some of the new emoji are live in Flipgrid today, the rest will roll out in the coming weeks. The new Emoji will come to Teams and Windows 11 this Christmas season then will come to Yammer, Outlook, and more throughout 2022.