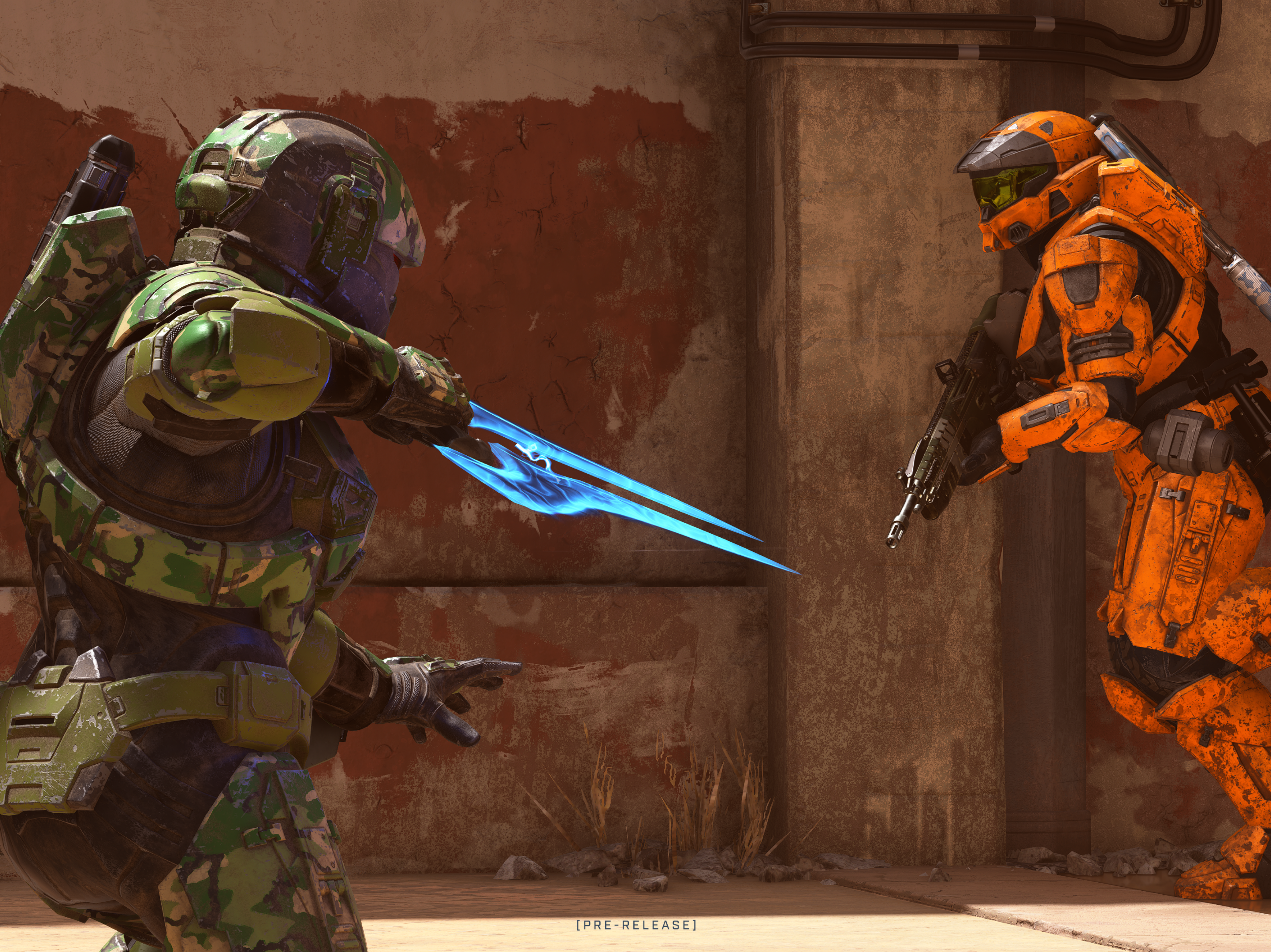 Recently 343 revealed Halo Infinite Multiplayer along with accompanying wallpapers, 343 posted a new video detailing all aspects of the multiplayer experience. Now 343 is sharing some info about a new multiplayer ping system. Check out the video below.

The new ping system will enable players to show their teammates and friends where items and weapons are. The new ping system will help with scenarios like being pinned down by more than one player with your team not knowing your location and pinging enemy players to reveal their location to your team. The ping system is something that is favored among most players and is for the players that find them selves playing without a mic in game chat or a party. While this is a minor addition, it is still going to be super useful and will change the flow of Halo gameplay in the future.

Halo Infinite will utilize what they are calling a Battle Pass, which is a progression system seen in Sea of Thieves, Fortnite and other free-to-play multiplayer FPS games. Like the Sea of Thieves Plunder Pass, Battle Pass will enable players to progress through levels, earning armor, skins, visors and other cosmetics.

“There’s no random loot in this, there’s no loot boxes” design director at 343 Industries, Ryan Paradis said. “It’s very important to us that everyone understands exactly how they unlock customization content.” That means no more ‘Req packs’ from Halo 5: Guardians.