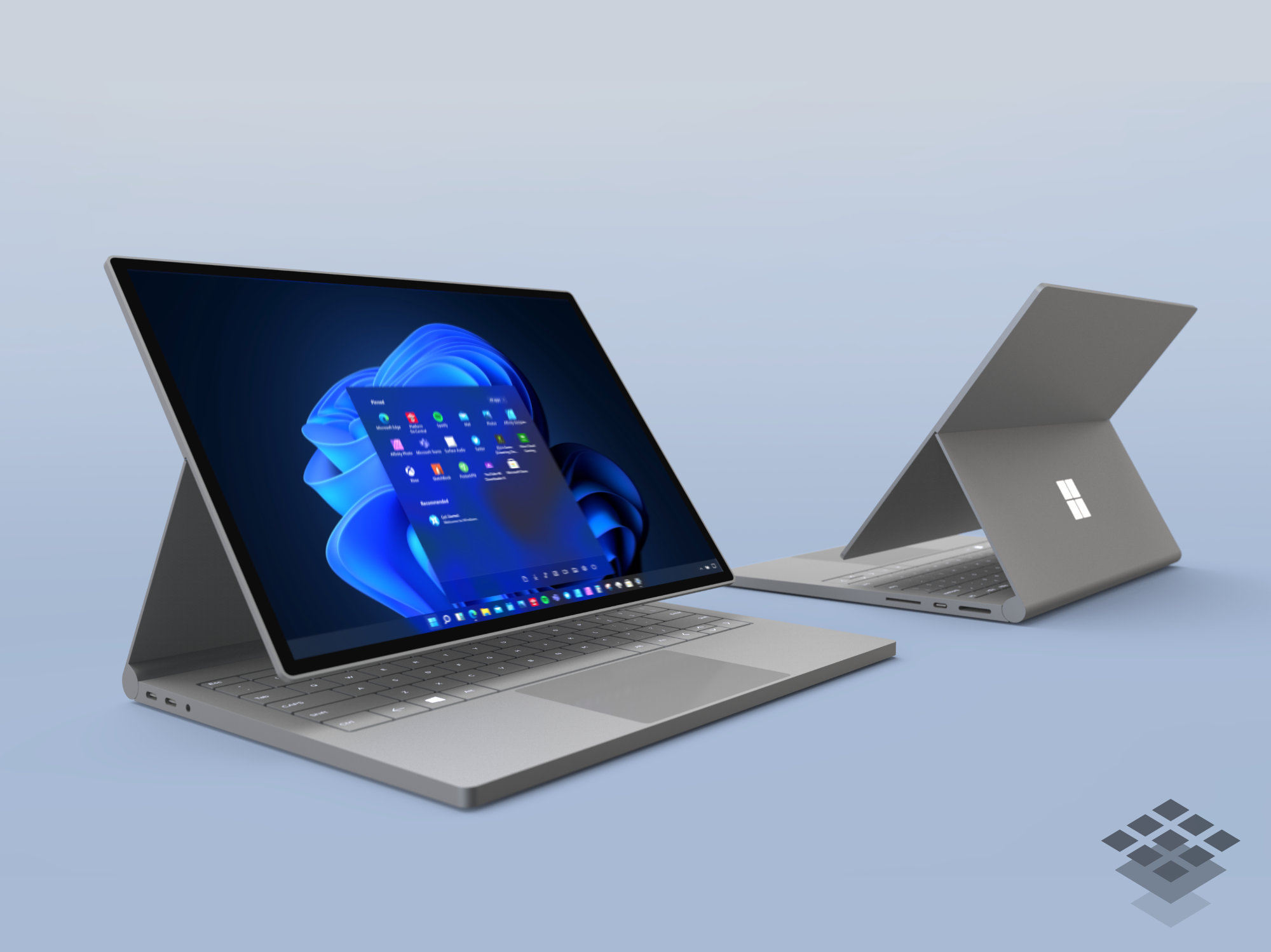 Microsoft recently unveiled Windows 11, launched it for Windows Insiders and today announced Windows 365, it is clear 2021 will be a big year for Microsoft, but what will the company launch at their annual hardware event this Fall? The SQ3-powered Surface Pro X, that is almost a certainty. An SQ3-powered Surface Laptop 5, that is likely. Surface Go 3, powered by SQ3, possibly. The long-overdue Surface Studio 3, that’s a safe bet. A redesigned Surface Pro 8, probably. A much-improved Surface Duo 2, definitely. The Surface Neo, powered by SQ3 and running Windows 11, maybe. But what about the long fabled true Pro-level Laptop we all want?

When Apple launched their M1-powered MacBook Air and MacBook Pro, they virtually decimated their competition with the sheer performance the M1 chips produced. Both Microsoft and Qualcomm want to go toe-to-toe with Apple’s M1 by launching a true M1 MacBook Killer. Qualcomm’s upcoming Snapdragon 8cx Gen3 might be what we needed all along Recent benchmarks point to a big improvement for Windows on Arm but not exactly the M1 MacBook Killer we are waiting for. One thing is for sure though, the ARMs Race is heating up.

Surface Go is perhaps one of the most fun Surface devices to use, it is small, lightweight and perfect for media consumption like iPad devices are. The one thing holding it back however is its CPU. The performance and efficiency that comes with Arm CPU’s like SQ2 are profound and perfect for light computing tasks where most of the time you are in the browser or watching videos on YouTube, Netflix, Amazon Prime Video. Now that Windows 11 features x64 legacy app emulation, there is really no reason not to bring SQ3 to Surface Go 3.

Surface Duo recently reached an all-time low price of $410 on Woot, making it a no-brainer for anyone wanting to try out Microsoft’s most portable Surface device. I cautioned many of you to wait till Microsoft releases Surface Duo 2 this fall as it will see major software improvements coupled with hardware advancements like 5G, wireless charging, the addition of a rear camera with the accompanying cavity on the other side and better battery life.

Surface Duo 2 will ship with Android 12, feature the latest Snapdragon 888 or 888+, at least 8GB of RAM and possibly up to 12GB, more storage options, 5G, NFC, wireless charging and slightly small bezels within the existing chassis. We really hope that Microsoft ships a black model like in the photo above of Panos Panay holding a prototype Surface Duo with a rear camera, flash and a hole in the opposite side for the camera bump to nest in when closed. We also want to see Microsoft ditch the white color for Platinum along with black, to bring the color options in line with the two main Surface color options.

The Surface Laptop 4 is more of a high-powered MacBook Air and the Surface Book 3 is more of a low powered Dell XPS. The design of the current Surface Book 3 currently has too many constraints that do not allow for a higher power and frankly a much hotter CPU inside of the detachable tablet that serves as the display for the device. Last year we made the case that Surface Book 4 should be completely reimagined and shortly after a Designer delivered with a concept that combined the Surface Pro and Surface Laptop into one innovative pro-level laptop design that had the internet screaming at their screens “take my money now.”

The Surface Book 4 design favors the laptop over the detachable tablet while still enabling digital sketching. This would enable Microsoft to get a 45W Intel Core i7 processor in there for sure. The appearance is still very Surface looking, combining the base of the current Surface Book and a Surface Pro as the display only connected by the kickstand. Will we see this design for Surface Book 4 this fall?