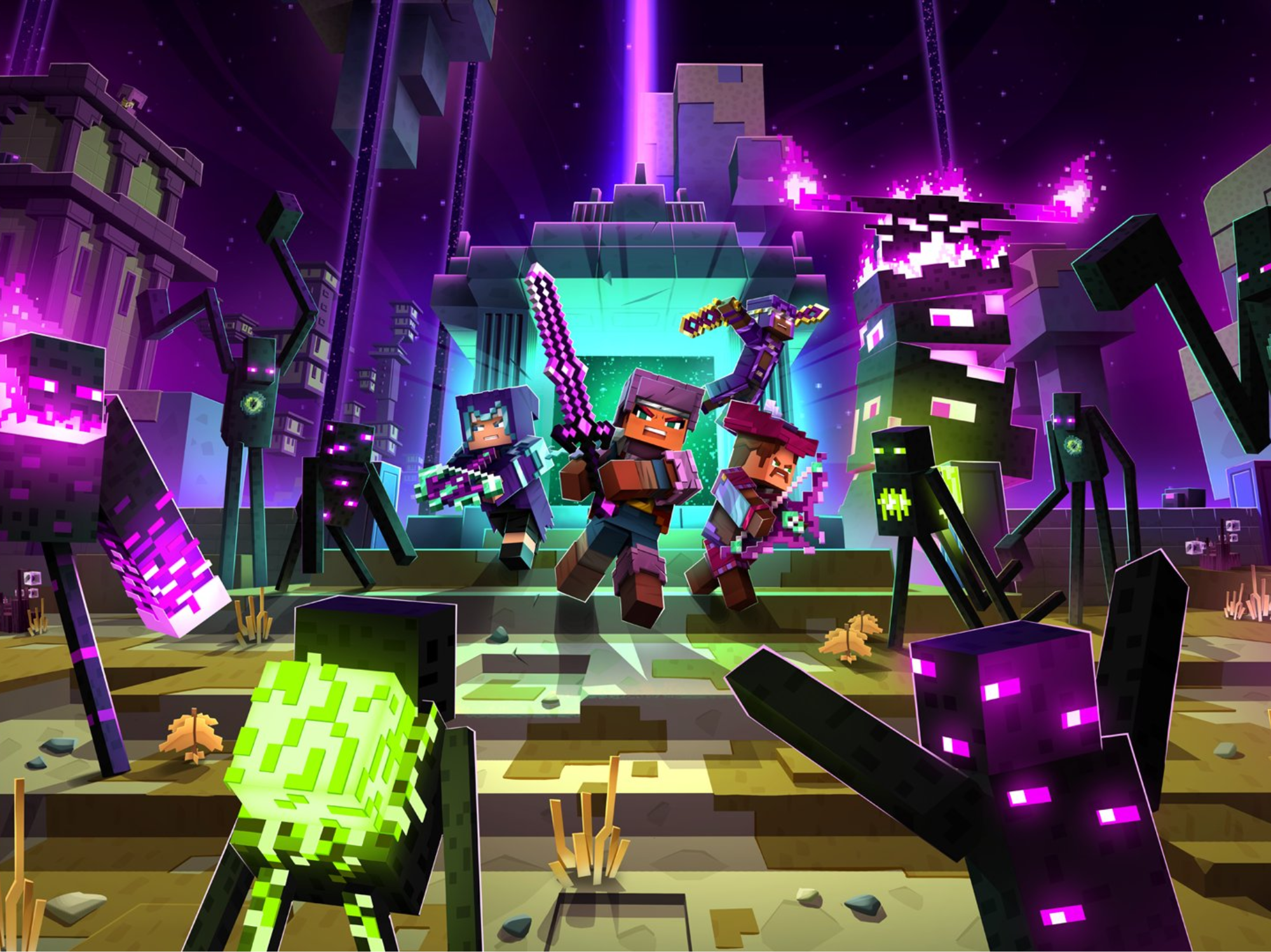 The next big update in the Minecraft Dungeons line of DLCs is here and now we are finally going to the End in Echoing Void. Months after ridding the Overworld of the corruption brought by the Orb of Dominance, the final arc of the story will take the fight to the End. In the Echoing Void DLC, you’ll go toe-to-toe with new enemies, earn legendary gear to put a stop to the untold threats that are lurking in the dark dimension of the End.

THE GAUNTLET OF GALES

Just as with our previous adventures, we’re bringing a free content update alongside the Echoing Void release! Besides the addition of a handful of powerful enchantments such as Ambush, Shadow Blast, and Void Strike, we’re also introducing Gauntlet of Gales – a unique maze-like mission that puts your skills to the test through tricky trials and perplexing puzzles! This gauntlet can be accessed through your mission map and contains challenges that require everything from wit and cunning to endurance and determination. I lack all of these skills, but I’ll still give it a shot!

Launching simultaneously with Echoing Void is Minecraft Dungeons: Ultimate Edition – the superlative way to experience the complete story of the Arch-Illager and the Orb of Dominance. This action-packed package includes the base game and all six DLCs: Jungle Awakens, Creeping Winter, Howling Peaks, Flames of the Nether, Hidden Depths, and Echoing Void – all at a lower price than if purchased separately. Fight scores of mobs, explore dimension-hopping levels, and discover untold treasures in this complete experience of Minecraft Dungeons!

Echoing Void, Minecraft Dungeons: Ultimate Edition, and the free update will all be released on July 28! To learn more about the upcoming content and how you can get the DLC on your favored platform, visit the Minecraft Dungeons website.