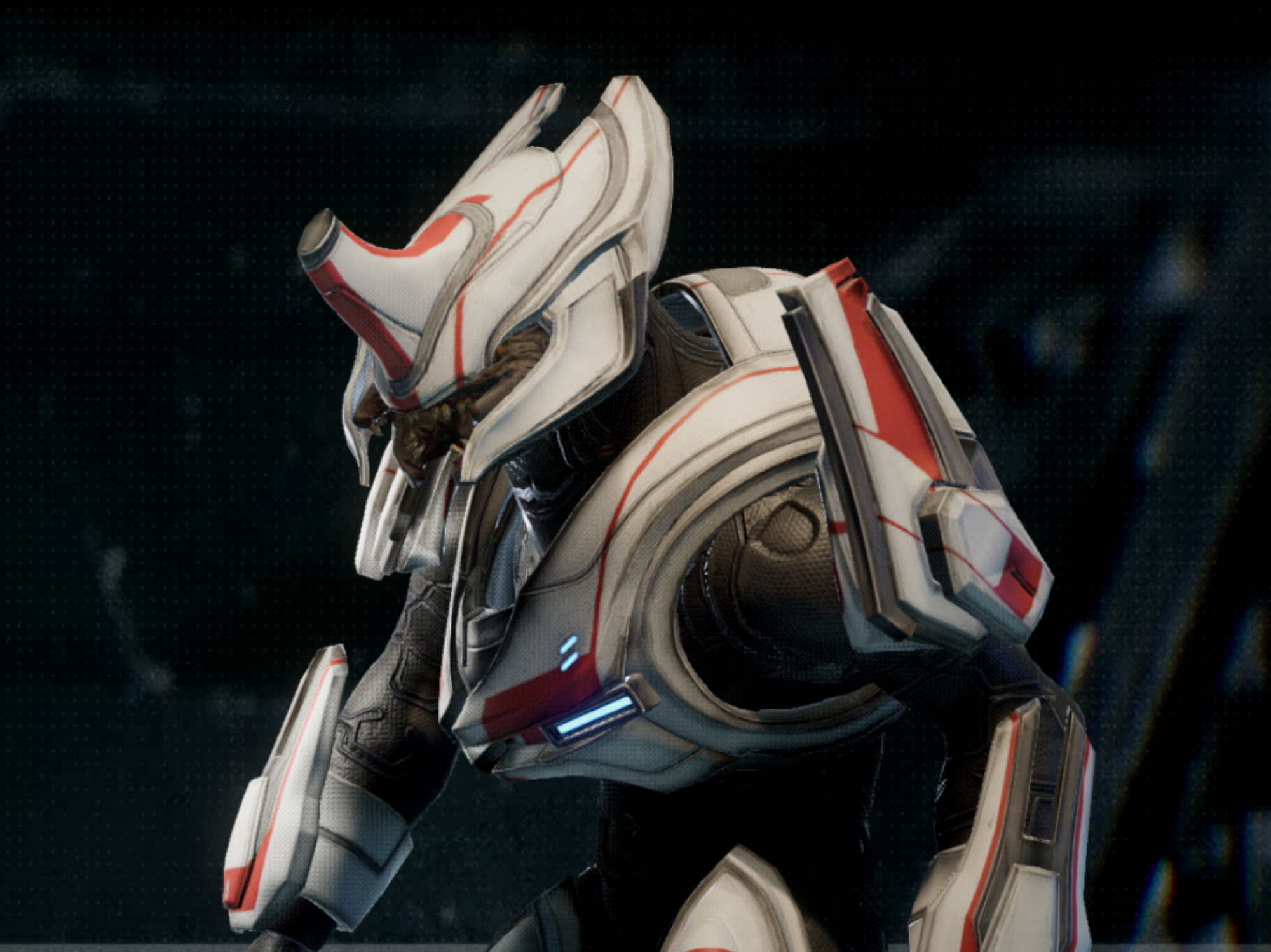 Ignite those energy swords and get ready to wort wort wort like a true Elite, because the MCC season 7 is here tomorrow June 23rd. Titled Elite and rightfully so, this season of Halo: MCC will be bringing not 1 not 2 but 7 new Elite armor sets to Halo 3’s character customization. Among other things you will also be able to unlock and collet new energy sword colors to match your new amor.

This armor is the elite honor guard, noticeable withing you will see with this armor to know it’s an honor guard is that ring on the back of the head that is split down the middle and the strips that cover the rest of the amour.

Perhaps the most unique elite amour is the Accord set. Unlike the rest of the Elite armor this set is designed by human Engineers during the Anvil Initiative. (The Anvil Initiative is a cross-training and evaluation program of the UNSC Armed Forces’ Spartan Operations.) this armor looks like Thor god of thunder if he was an elite with wing designs on pretty much everything from its helmet to the legs. Even the wrists have wings in them that remind me of the Falcon from Marvel comics.

Even after the war, many Sangheili warlords chose to don harnesses of high esteem on the battlefield—some looking to fill a power vacuum left by an empire’s fall, others seeking to reclaim a far older sense of honor.

Little is known of the Evocati’s seneschal order, but documents uncovered after the Covenant War have begun to shed new light on the true purview of the role.

Typically held by Sangheili females, the role of scion is most often granted in the event of a kaidon’s death. As Arbiter Thel ‘Vadam has grown in influence, the scion has become an increasingly respected and valued position across their people.

One of the harness patterns favored by the “Eyes of the Prophets,” many who once held this title are now considered enemies of the keep for traitorous actions during the Great Schism.

While still adept warriors in their own right, Sangheili artisan armorers are accomplished craftsmen who—free from San’Shyuum oversight and coercion—are entering a renaissance period of warsmithing.

All the energy swords colors that you will be able to collect will be White, Green, Yellow, Orange, Purple and Pink. Plenty of new colors to make your elite look cooler than ever. But one energy sword that stands out is called the Blood-Blade this sword looks more like or typical energy sword except like most energy swords they have and an electric effect coming from the sword that is the same color as the sword, but this one has red electrical effect making this sword look like it belongs to vampire elite if such a thing was ever possible.

Only the most adept blademasters were chosen to wield the Ultra’s holy fire.

The glow of fury for those who refuse to become pawns of the creeping death.

Joori’s warm light helps give Sanghelios life. This blade is for all who defend her.

The Swords of Sanghelios brandish blades bound by honor—to defend a keep not bound by borders.

Will Fied call out your name in the Hall of Eternity when your last breath has been spent?

Only Subanese natives may possess blades infused with a shard of the moon’s own bounty.

This update will be free and once that items are here there here to stay. The only thing that will leave when season 7 ends in 2 months will be the challenges you can complete to level up.