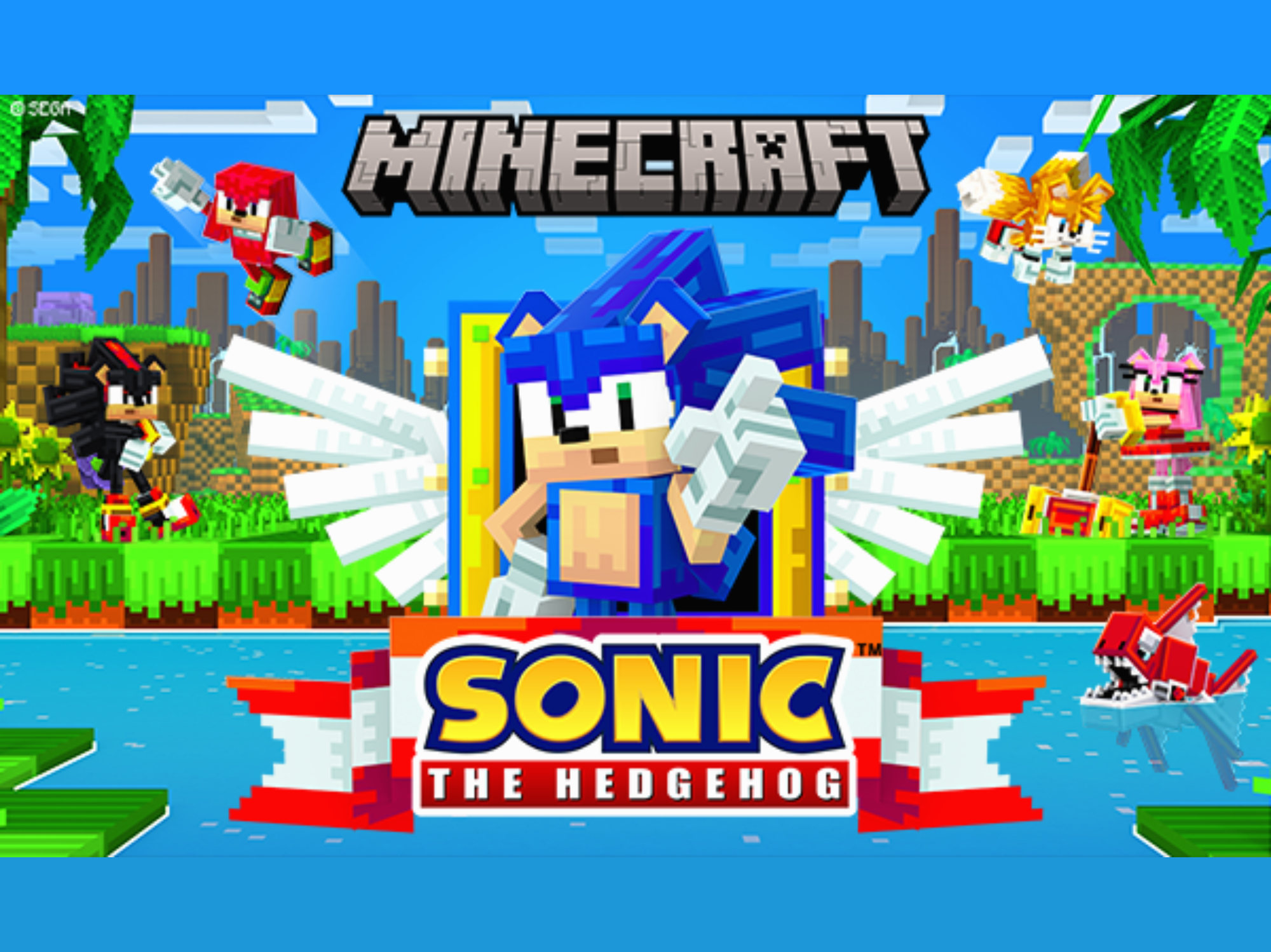 Sonic the Hedgehog has come to Minecraft in the form of a new DLC. the Sonic Minecraft DLC not only contains character skins and some of its iconic zones but also the abilities of each character like sprinting, rolling, flying and climbing walls.

In this new Minecraft mash up pack you and your friends will be able play as the 5 main iconic characters, Sonic, Tails, Knuckles, Amy and Shadow. They are all ready to smash Dr. Eggman’s forces with this clever reimagining of a bunch of classic zones from the original game.

This Minecraft DLC will include mods to make your game play and feel like you are playing a classic side-scrolling Sonic game but instead in 3D. You start in the Green Hill Zone just like every other game in the franchise and from there you run and smash your way through Robotnik’s robots and levels. You can run as fast as sonic, starting off slower and then building up your speed just like in the classic and you will also be able to curl up into a ball to use as an attack or to charge up your speed to run faster.

You can play as the blue blur and friend’s starting today so have fun and never stop running. The DLC is available on every platform Minecraft is on…so every platform;)