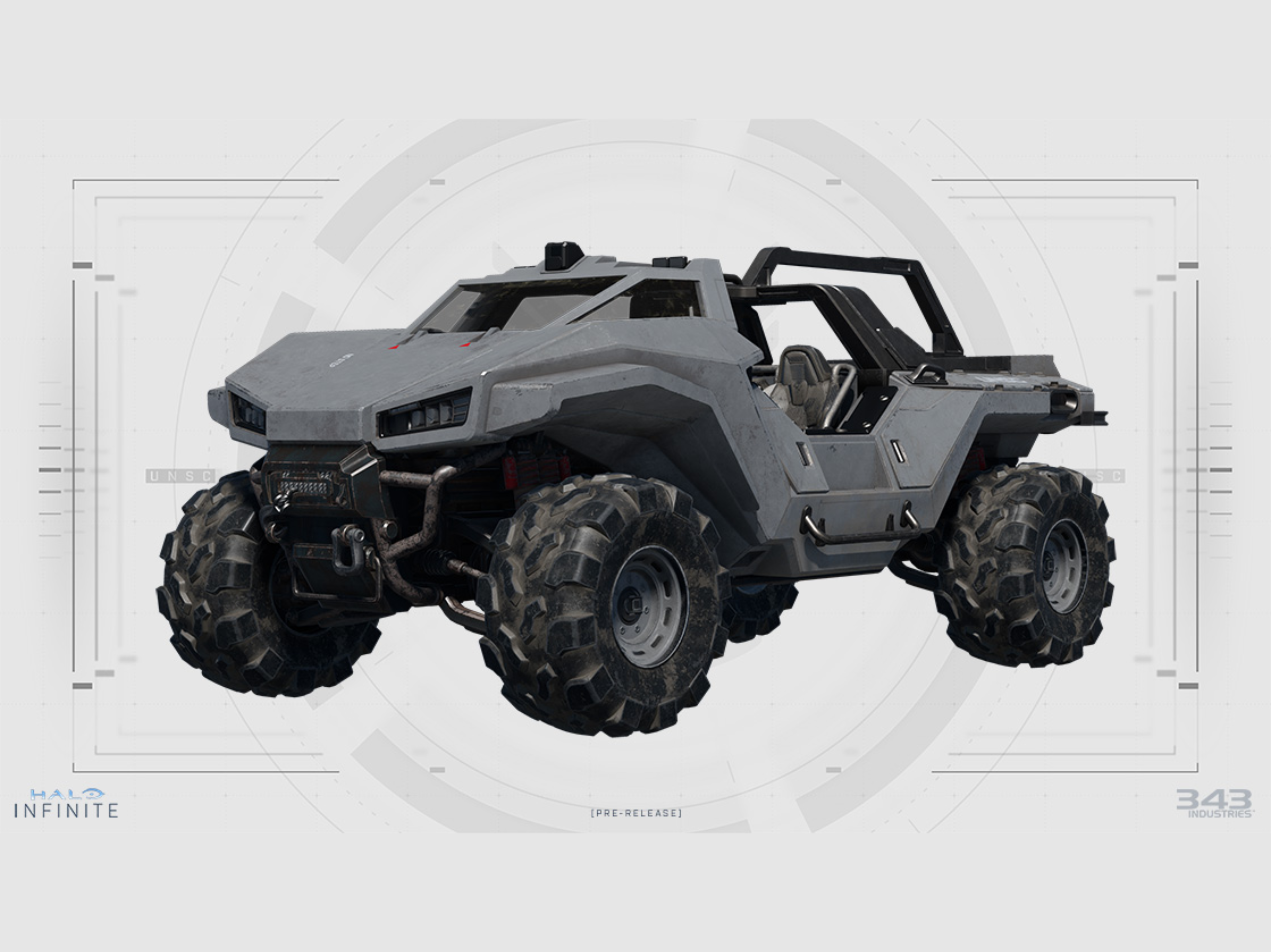 Halo Infinite’s release is drawing nearer and 343 industries continues the trickle of teasers to keep the hype train moving. As part of our new series Halo Infinite Spotlight, we will examine and discuss new and interesting characters, weapons, vehicles, armor and more. To start us off let’s examine the new M15 Razorback. Halo’s Warthog is perhaps one of the most well-known and beloved vehicles from the series, so when Halo Infinite’s multiplayer video dropped, fans were dying to know more. We’re here to help.

According to 343 Industries, the M15 Razorback is a light tactical vehicle and a specialized offshoot of the Warthog and even without onboard weapon systems installed, the up-armored design and increased payload capacity makes the Razorback an equally viable option on the battlefield.

The Razorback is visually similar to the Warthog, but is far more fortified with reinforcements on the windshield, bumper and the roll cage similar to the fan favorite M831 Troop Transport Warthog.

The Razorback is described as being “more robust and spacious” than the Warthog with the added capacity to pack additional weapons such as detached turrets, power weapons, fusion coils and objectives in its rear storage compartment. It appears that your full 4 Spartan Fireteam may be able to ride in the Razorback where with the Warthog only two Spartans could ride in a turretless Warthog and three Spartans in a Turret equipped Warthog.

How will you and your Fireteam make use of the M15 Razorback’s capabilities? Let us know in the comments below.