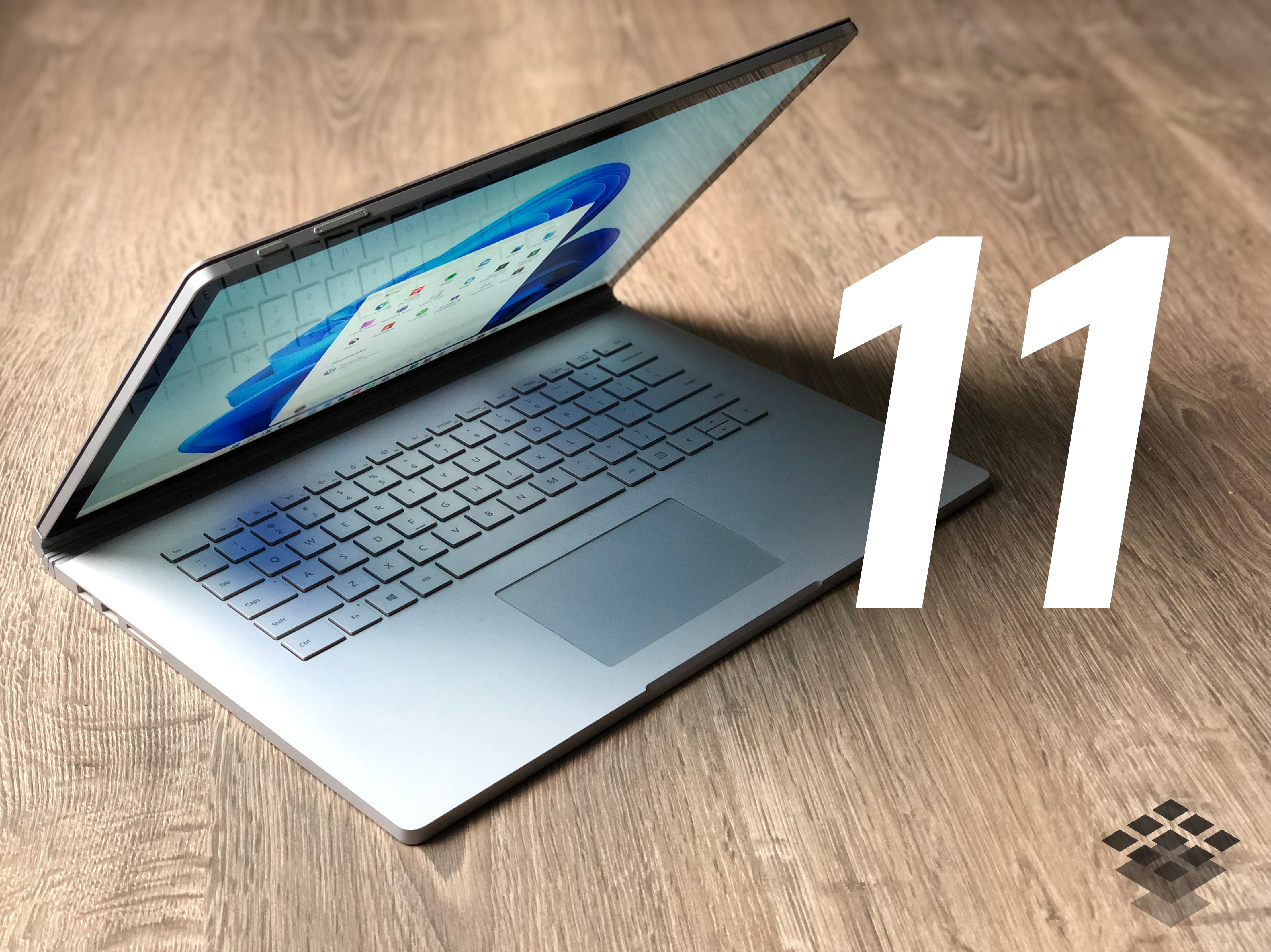 Early this morning the internet was a buzz over leaked screenshots and then a leaked build of Windows 11, just days before Microsoft got to tell their design and development story. Links to the leaked Build of Windows 11 were flying and dying, screenshots started flooding Twitter and opinions on the look and feel of Microsoft’s new OS started coming. When the first screenshots hit, it was as if Microsoft had played a trick on us all and was just shipping Windows 10X with an 11 instead of a 10 but under the hood this is still very much a more refined version of Windows 10. To best understand the experience of the OS on Microsoft’s own hardware, we loaded up our Surface Book 3 with Windows 11 build 21996 and started to use it in our workflow.

One thing you will notice right off the bat is the centered taskbar icons and start menu breaking up the traditional Windows UI mantra of everything to the left. next you will notice that the tiles are totally transparent and can only been seen when you hover over the app icons. Then you will start to notice the rounded corners on flyout menus, app windows, the start menu and so on. The only place that really stands out as having not received the rounded corners is many of the built-in apps. They may be rounded on the outer four corners but many of the UI elements within the app are still sharp. We imagine that these sharp elements will be updated later on this month. In fact, many of the built-in apps are unchanged from the Windows 10 apps and only have the rounded corners. Action Center is still hiding off to the left of the display and save for a few rounded corners, new icons and other small details, it is fairly unchanged.

Shifting back to the left

For those users who don’t like change and prefer the left-hand taskbar icons and start menu, you can still have Windows the way you want it.

For those of you that can’t quite quit the Windows 10 look, you can restore the live tiles and all by doing a few simple registry edits, for now and perhaps the final build will have a button built in to enable the switch, but we won’t hold out breath, so for now this is the best work around. Our recommendation is, give the new look a chance you can always shift things to the left to make it a little more familiar.

The new Windows 11 wallpapers are an expression of the new OS and they come together beautifully with the new themes. Although we still don’t have a time-based dark mode, browsing through the wallpapers we get the feeling that Microsoft may add it later on.

Windows 11 runs on our Surface Book 3 with no noticeable difference from how it runs on Windows 10. Animations seem faster and more fluid than before too. Affinity Designer was clearly using the most resources in the screenshot above, but there was also a very large file open too. All the apps work as expected with no incompatibilities, because this is essentially a more refined version of Windows 10.

How many of our readers have downloaded and installed Windows 11 so far? Let us know in the comments below.