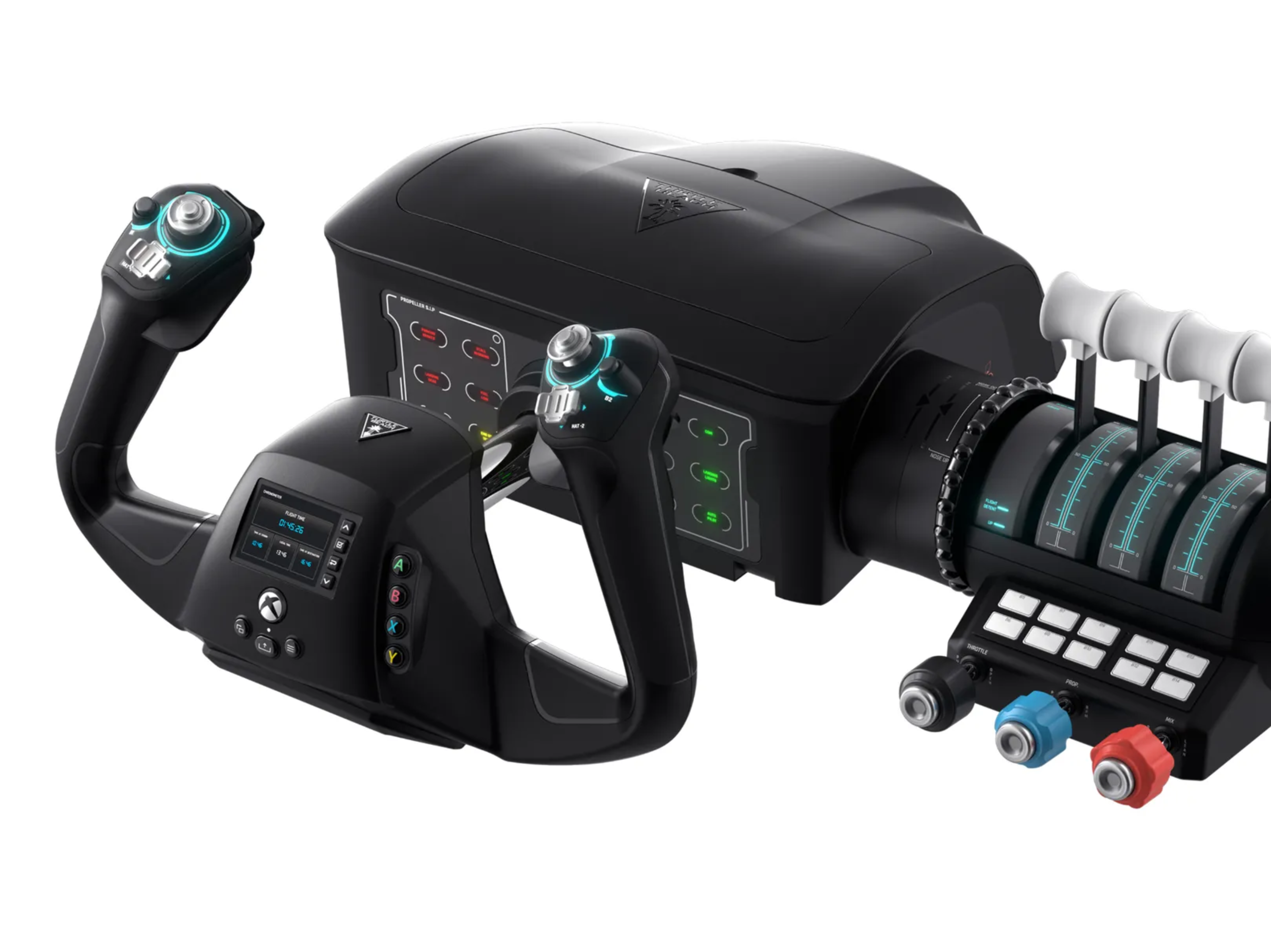 Turtle Beach is perhaps best known for its Gaming Audio peripherals but at E3 the company announced it would be getting into a new product category, what they called flight sim hardware. We all know what Flight Sim game is wildly popular right now, getting grown men to go out and buy expensive and specialized hardware to simulate flying anywhere in the world right now, Microsoft Flight Simulator 2020.

Turtle Beach announced the VelocityOne Flight and it was built with aeronautical engineers and pilots in order to provide a realistic flight experience. To start it has a 180-degree yoke handle with soft touch rear controls for easy access. Then there is a modular throttle area with an integrated trim wheel. It includes both vernier-style and lever controls (with swappable tops for jets and prop plans). Lastly, it includes 12 analog axes, two POV switches, two four-way HAT switches and 18 extra buttons for custom mapping.

The unit also includes a 3.5mm audio jack and a display on the yoke that shows stats and other indicators and Turtle Beach promises more features with future firmware updates.

VelocityOne Flight works with all flight simulators, but clearly the target is Microsoft’s Flight Simulator that is currently on PC but is coming to Xbox on July 27th. VelocityOne Flight willl retail for $350 when available, sign up for pre-order here.