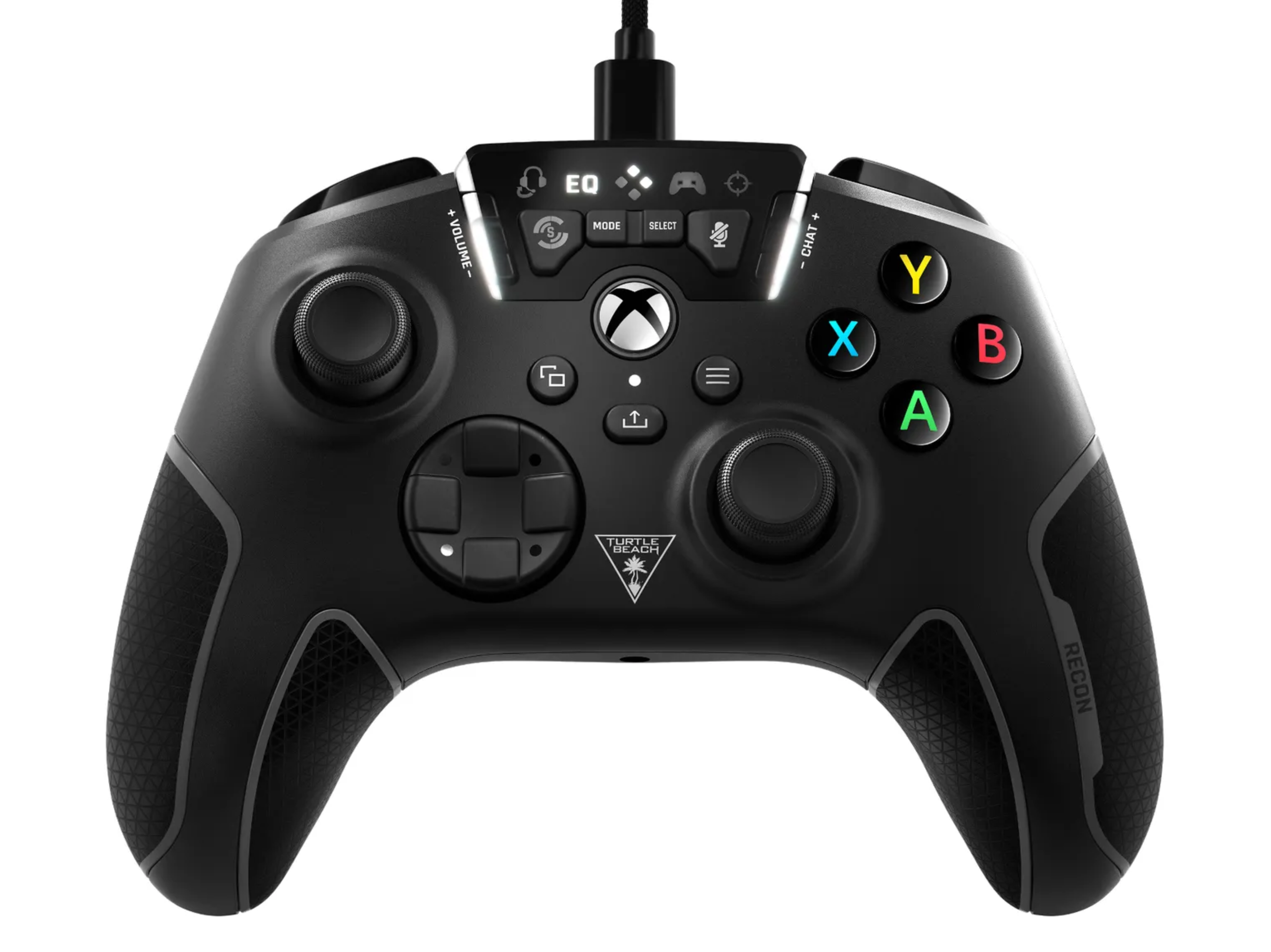 Turtle Beach is perhaps best known for its Gaming Audio peripherals but at E3 the company announced it would be getting into a new product categories, flight sim hardware and a gaming controller.

The company is releasing a controller for Xbox Series X|S called the Recon Controller. It is a serious looking wired controller with enhanced audio features. It features buttons where you can easily adjust the game and chat audio levels. When you plug in a 3.5mm cable from a set of headsetss (I’m sure the company would prefer they were Turtle Beach headsets) you can turn on mic monitoring and shift through audio presets to modify the game audio along with Turtle Beach’s Superhuman Hearing feature found exclusively on its own headsets. The feature amplifies easy-to-miss sounds that could give you the edge in a competitive game.

The high-end features don’t stop there, additionally you can adjust the sensitivity of the analog sticks and save different profiles with button mapping. its D-pad supports 8-way input and the cable is attached via USB-C to the controller. Look for the Recon Controller from Turtle Beach this summer for $60, sign up for pre-order here.