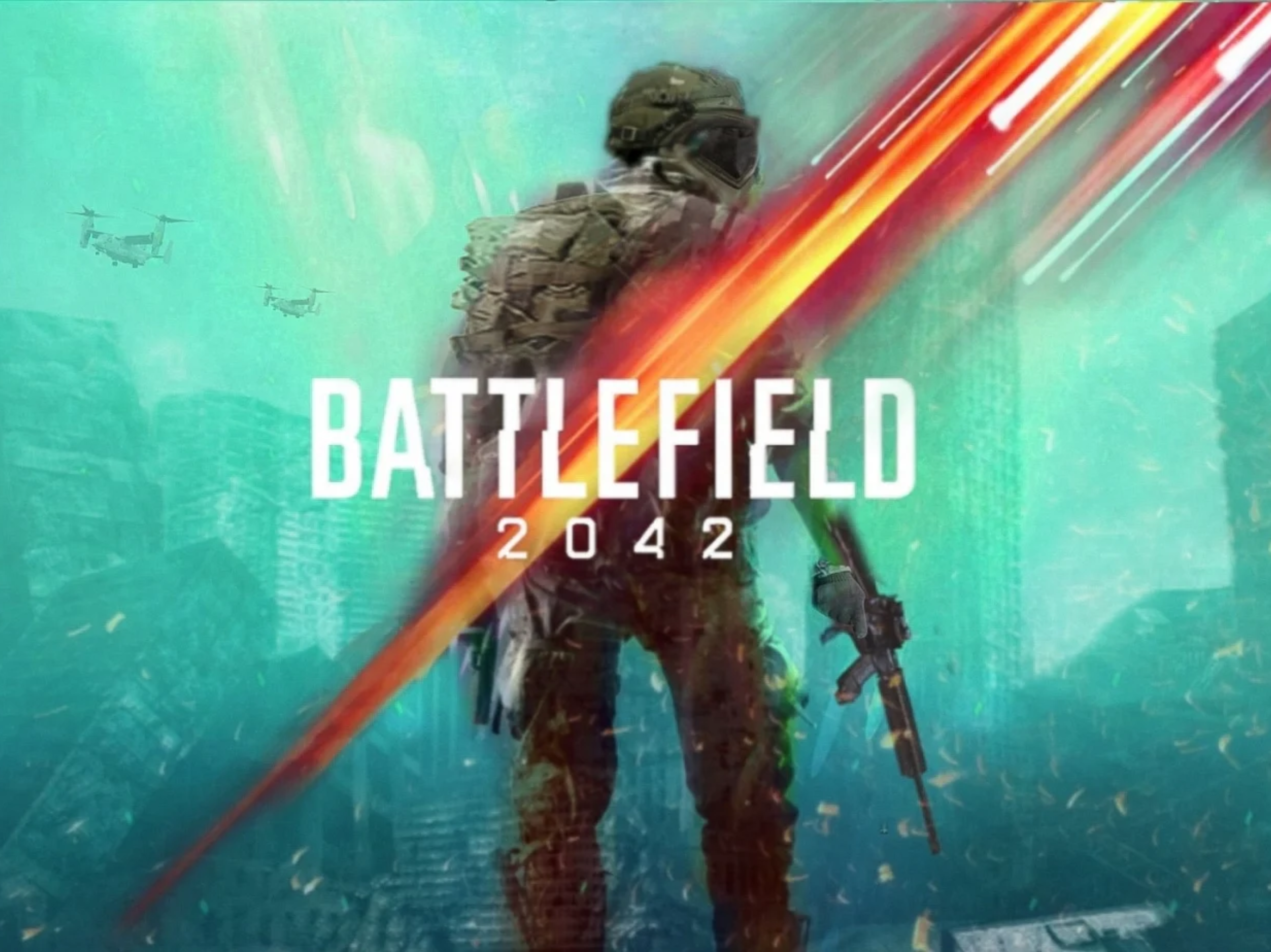 The Battlefield game series latest edition has now been revealed in cinematic glory. The game drops you into a near-future combat experience unlike any in its past. Check out the full trailer below.

In Battlefield 2042, the world is on the edge. Shortages of food, energy and clean water have led to dozens of failed nations, creating the greatest refugee crisis the world has ever seen. These refugees are known as Non-Patriated, or No-Pats, and are made up of families, farmers, engineers – and even soldiers. Amidst this crisis, the United States and Russia draw the world into an all-out war. No-Pat Specialists join both sides, fighting not for a flag, but rather for a seat at the table in this new world.

As a Specialist, players will have access to a cutting-edge arsenal of weapons, equipment, and vehicles (which you can even call in mid-fight) to use in battle. These powerful new tools give creative players a ton of options in order to find the perfect combination to fit their play style.

The developers have said that Battlefield 2042 will be massive, but that’s almost an understatement. Featuring matches filled with up to 128 players on Xbox Series X|S, this unprecedented scale adds a new dimension to multiplayer battles. It also ratchets up the intensity with the inclusion of real-time events that reshape the battlefield and tactical combat.

Battlefield 2042 sports a number of modes to get players’ blood pumping. The first is known as All-Out Warfare and is made up of fan-favorite gametypes Conquest and Breakthrough. These feature the largest maps ever for the franchise and allow up to 128 players on Xbox Series X|S to battle head-to-head. To up the intensity, these maps are filled with dynamic weather, dangerous environmental hazards and jaw-dropping world events such as tornadoes that tear across the map and sandstorms that block out the sun.

Next up is Hazard Zone, an all-new squad-based game-type that DICE only says is a modern take on the multiplayer experience but is keeping a lid on for a bit longer. There’s also another mode being developed by DICE LA that the team is calling “a love letter to Battlefield fans” and promises that long-time players will feel right at home with. Unfortunately, we’ll have to wait until EA Play Live on July 22 for more details.

With their dynamic events and sprawling design, the game’s massive maps are going to be a centerpiece for some intense and memorable moments. Let’s take a closer look at what you can expect from each of them:

Kaleidoscope – set in South Korea, this map will see forces clashing over a quantum powered disinformation hub after an attack threatens the global network.

Manifest – taking place in Singapore, this is a strategic flashpoint which is vital for the American supply lines and global trade.

Orbital – set in the jungles of French Guiana, this map finds forces battling to control a rocket launch site in a race against time.

Renewal – on this map, players will fight over a groundbreaking agriculture technology center in the Egyptian Desert.

Hourglass – set in Qatar, this map features shifting sands and a lost shipping convoy that splits a city center apart.

Breakaway – the final map that was shown took place in Antarctica, where soldiers battle over oil and gas as the ice around them gives way.

Are you ready to take the fight into the next generation? Battlefield 2042 is available now for pre-order and is set to launch on October 22 on Xbox Series X|S, Windows PC, and Xbox One. Xbox Game Pass for PC and Ultimate members with EA Play memberships can also pre-order at a 10% discount. As if you need more incentive, players who pre-order the game will receive early access to the Open Beta!