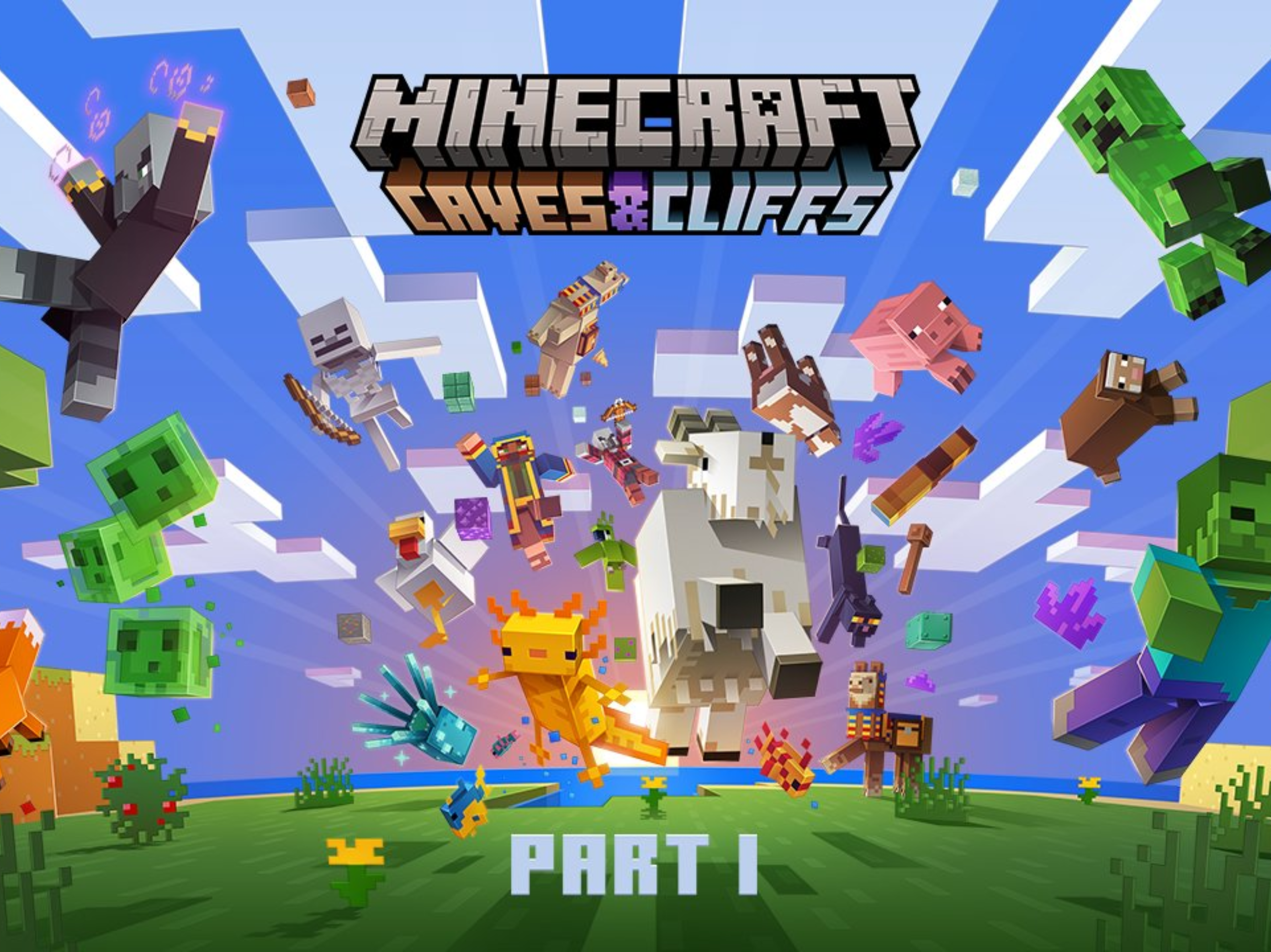 Minecraft’s next big update called Caves and Cliffs has finally been released from Minecraft maker Mojang, who announced via blog post.

Caves & Cliffs: Part I introduces new mobs and blocks to Minecraft! Get to know the axolotl, but don’t let the adorableness of this bucket-happy mob fool you. It is very much a predator. The goats are also incredibly cute, but also incredibly fond of ramming, so keep your distance or prepare yourself for a journey through the air. If you happen to be standing near a body of water when the goat’s head connects with your blocky body, you might be bumped into the glow squid. Be sure to grab some glow ink while you’re swimming with these luminous lovelies!

The once Minecraft Earth-exclusive mob, the glow squid, will also be added. Also, the highly anticipated Copper Block is being introduced along with the game changing Sea of Thieves-like Spy Glass.

You’ll also get to play with glow lichen, powder snow, and deepslate blocks, as well as the new amethyst geodes! That means you can craft the new spyglass and tinted glass! Hmmm. I feel like I’m forgetting something. Hahaha! I jest. I would never forget to mention that Part I brings COPPER! You can now craft lightning rods, which is almost as metal as the entire Nether Update.