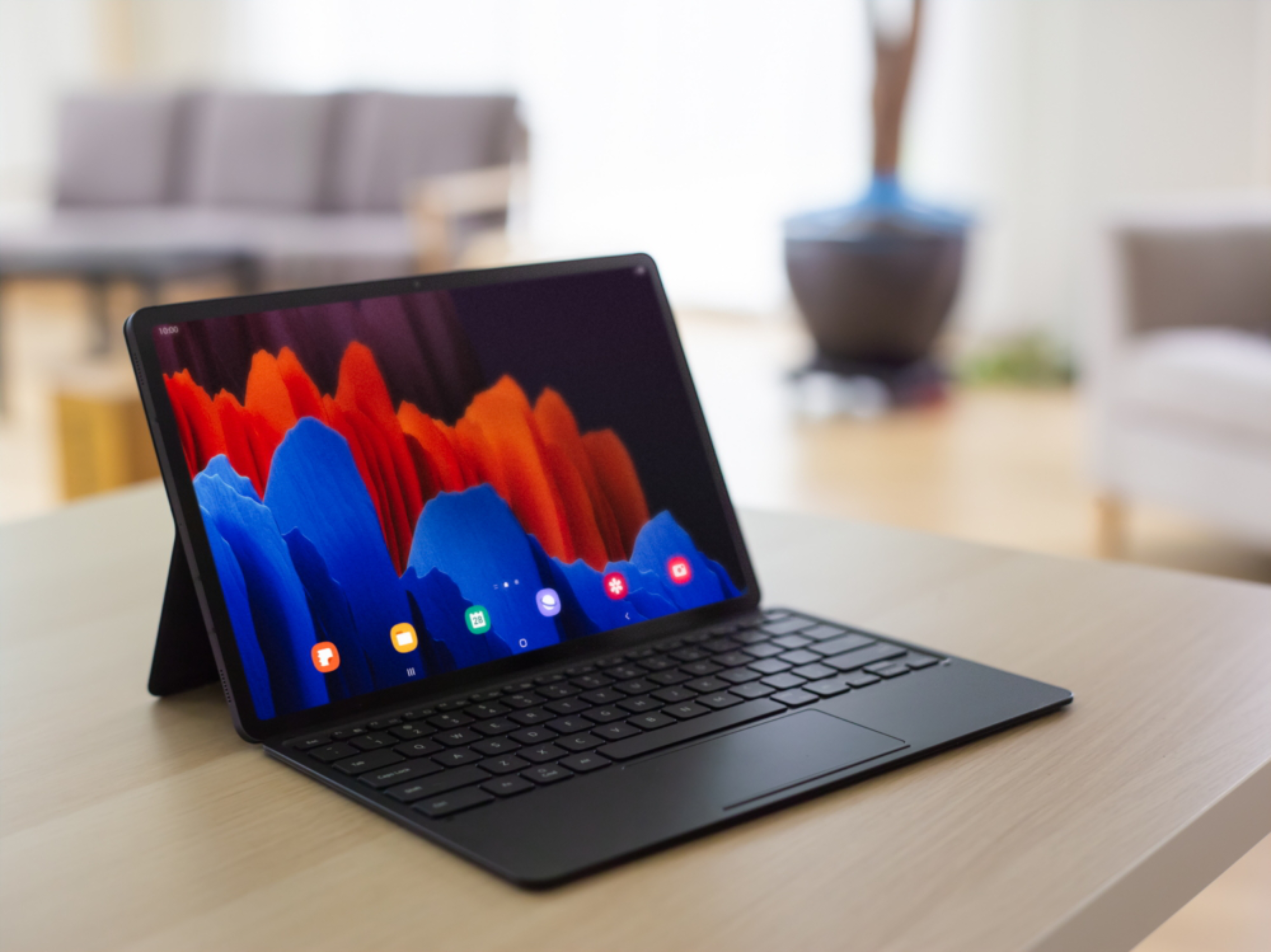 Samsung’s Galaxy Tab S line of 2in1 Android tablets are the best Android 2in1 tablets on the market. After this year’s Galaxy Tab S7 series got a standard and plus size model to mirror Apple’s iPad Pro sizes it seems Samsung may be developing a 14.6-inch model ‘Ultra’ model similar to their own Galaxy S phone models.

The rumored specs say the display will be a 14.6-inch OLED with a 120Hz refresh rate. The RAM is said to have 8GB in the standard model and 12GB in a higher end model, although these configurations could max out at 16GB of RAM for the U.S. market. Storage options are said to start at 128GB and potentially go up to 1TB. What is rumored to power this beast, well the same thing that is rumored to power the rest of the Galaxy Tab S8 line, the Snapdragon 888. While it would be great if the Ultra shipped with Android 12, it is likely to ship with Android 11 and One UI 3.5.

But just to speculate a bit, we have been reporting on Samsung’s next flagship Exynos SOC made in partnership with AMD which would integrate AMD’s mobile graphics. That chip is rumored to use RDNA 2 graphics and support ray tracing and variable rate shading. A full-size 2in1 like the Galaxy Tab S8 Ultra would be the perfect machine to debut the company’s new flagship SOC in.

Cameras on large tablets like these are a bit odd, but Samsung is said to be utilizing a 5MP ultra wide-angle sensor on the front along with an 8MP sensor. On the back it will utilize a 13MP and 5MP sensor combo with an LED flash. Perhaps more importantly, the Ultra will feature quad speakers and a fingerprint scanner underneath of the display.

For productivity duties the S-Pen is said to come standard while there is a new premium keyboard accessory with a 165° angle adjustment range. In the bottom right of the survey below, we can see the keyboard and tablet together in four modes, laptop mode, tablet mode, drawing mode and viewing mode. In laptop mode, we can see Samsung’s Dex mode, that turns Android’s UI into a more Windows-like UI with windowed apps and a taskbar.

So where did all of this info come from? From South Korea’s largest online platform Naver.com and twitter user @FrontTron who has spotted a number of leaks out of South Korea. Samsung allegedly sent out a survey (screenshot below) asking Samsung users their thoughts on Samsung’s upcoming tablets. On the survey are three display sizes, a 11″, a 12.4″ and a 14.6″. Both the 11-inch and the 12.4-inch correspond to Samsung’s current Galaxy Tab S models, but the 14.6-inch does not currently exist which leads some to speculate that this tablet may be in development.