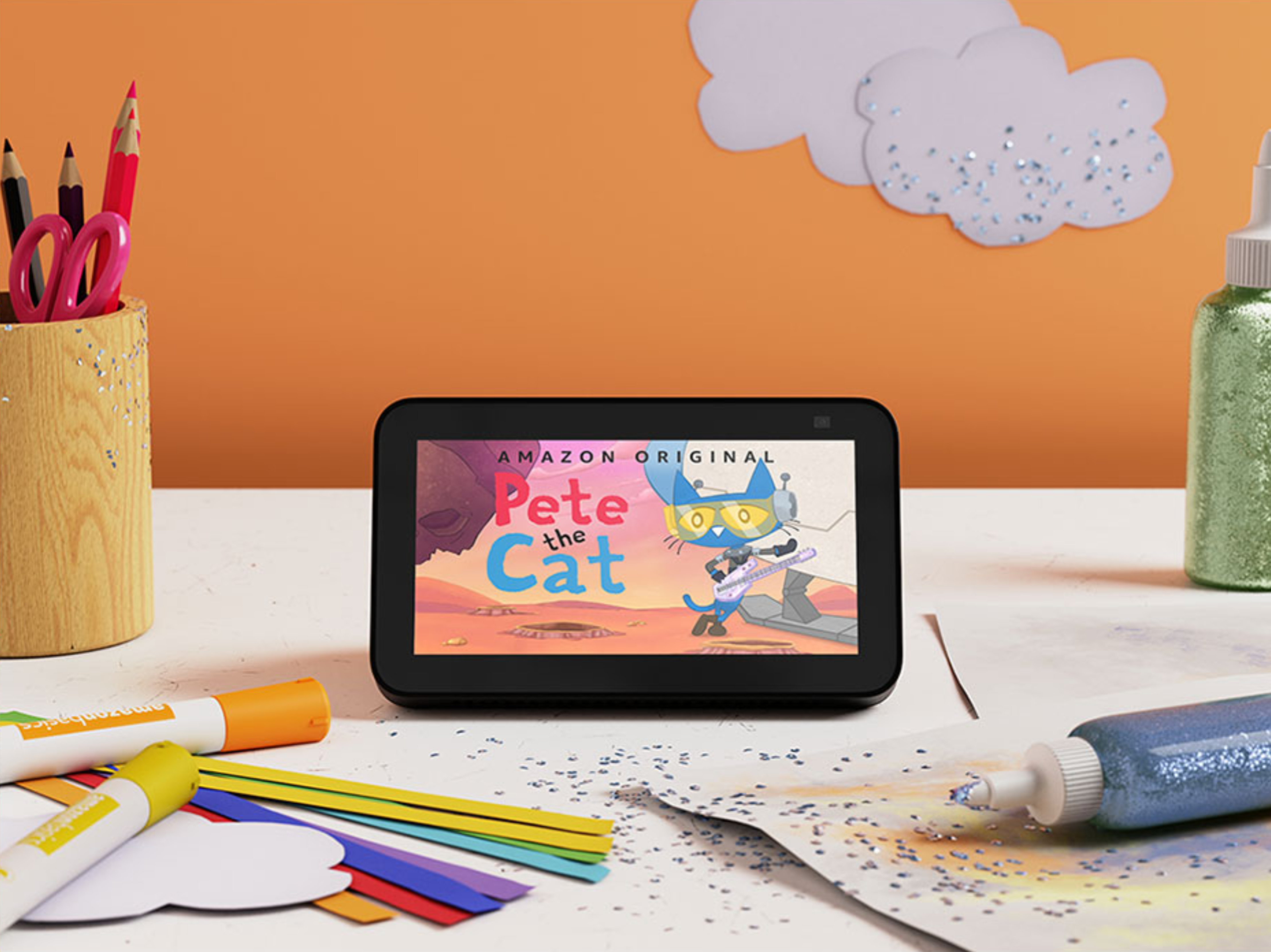 Amazon has updated its two smaller Echo Show devices with enhanced privacy features, the Echo Show 8 now has the same 13-megapixel camera the echo Show 10 has along with introducing a new Kids version of the Echo Show 5.

Not only did Amazon upgrade the Echo Show 8’s camera to the same 13-megapixel camera as the Echo Show 10, the sensor also has a wider field of view than the previous model at 110 degrees. With such a wide field of view, it borrows the Echo Show 10’s pan and zoom software feature that keeps subjects centered in the frame of view. A new physical privacy shutter for the camera is now included.

It also received an (opt-in only) person detection feature, this is a software feature that ignores pets and is used for routines or scenes like turning off a light when you leave a room. The person detection feature does the processing for human shape detection on-device and not on a remote server. Alexa’s security mode is now enabled, so owners can view their device’s front facing cameras remotely. It is also receiving some AR features for Amaozn’s own chat service like, “reactions” or setting custom virtual backgrounds. To power these powerful new features Echo Show 8 received an 8-Core Chip upgrade.

Other than that, the rest of the features remain from the previous model. It still sells for $129.99 and is available in White or Charcoal Gray.

In the continued effort to ship kids versions of devices like Fire tablets and Echo devices, Amazon now has an Echo Show 5 for kids. The device is exactly the same as the standard Echo Show 5 except it receives more colorful fabric, a 1-year Amazon Kids Plus subscription and a 2-year warranty against any damage that comes with giving a child a device like this.

While these three new Echo Show devices will ship in a few weeks, they are available to order now.