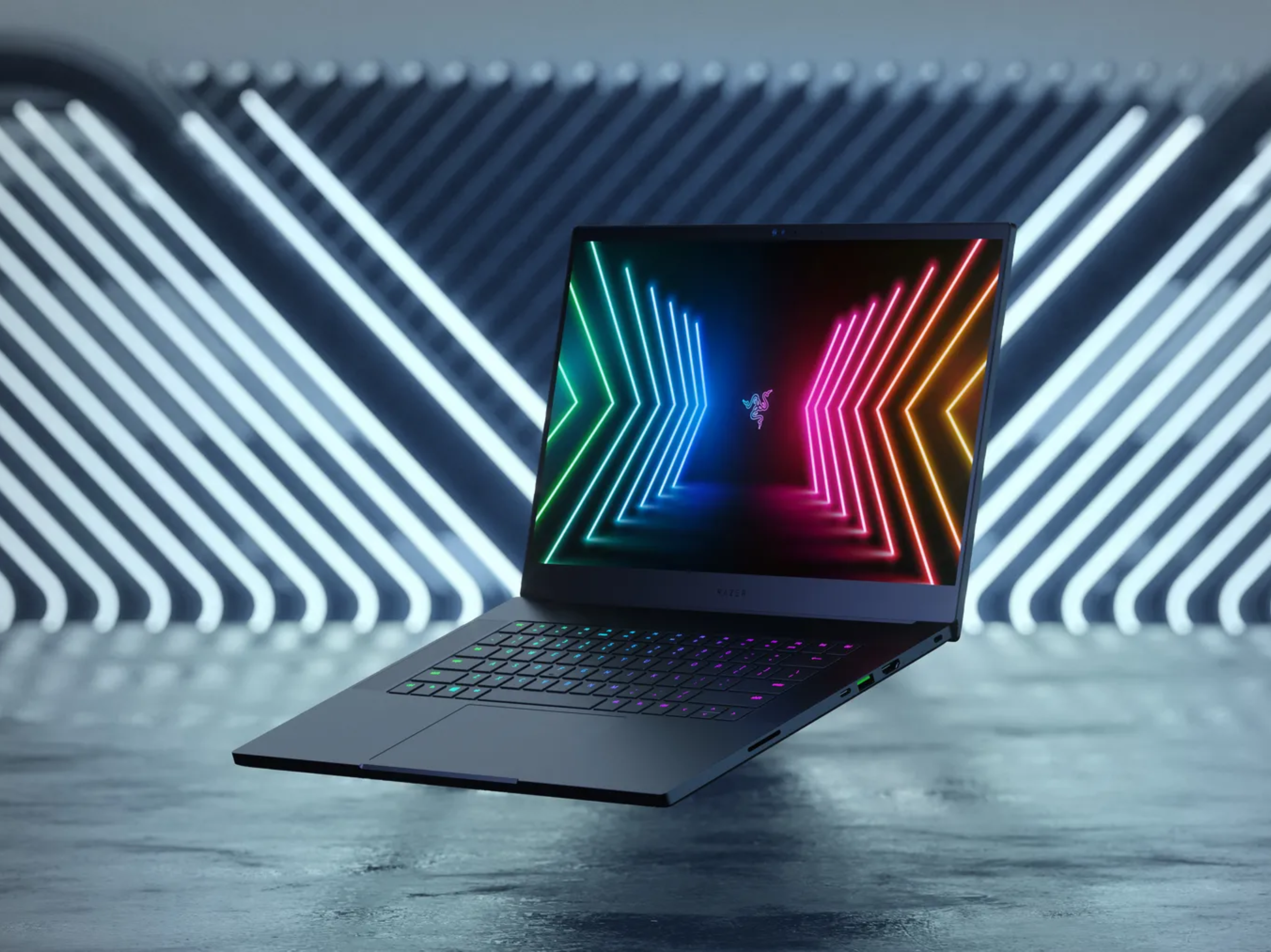 Razer has announced it’s follow up to one of the best gaming laptops on the market today, the Razer Blade 15. The new Blade Advanced features Intel’s 11th-Gen H-Series CPUs and Nvidia’s RTX 30-Series GPUs. You can configure a Blade 15 with up to an Intel Core i9 11900H that clocks 2.5GHz – 4.9GHz, an Nvidia RTX 3080 GPU that has 16GB of video memory and a 4K multi-touch display.

Razer Blade laptops historically come in Black (Razer Book and Studio models come in Silver) and black devices can be real fingerprint magnets (looking at you Surface Pro X). Razer has a new fingerprint-resistant coating now on all models. As with most new PCs these days, their built-in webcams are getting a quality bump and Razer is doing the same by bumping the quality to 1080p, up from 720p.

The Blade 15 advanced is essentially the all-new model, it comes in a new thinner 15.8 mm chassis and also features the updated specs that the other m15 R6 models get. Teh 15 advanced starts with a configuration of an 8-Core Intel Core i7-1180H CPU, a RTX 3060 GPU with 8GB of video memory, 16GB of DDR4 RAM clocked at 3200MHz, a 1TB NVMe SSD with PCIe 4.0 and an 80Wh battery. The built-in ports included are two Type-C Thunderbolt ports with 20V charging support and a UHS-III SD card reader, two USB-A 3.2 Gen2 ports, a headphone jack and an HDMI 2.1 port. Asa for Wireless, the Blade 15 advanced supports Wi-Fi 6E, Bluetooth 5.2. The Advanced Blade 15 will be available for preorder starting Monday and be available on May 17th from Razer with general availability in June.

Blade 15 advanced and base mode specs