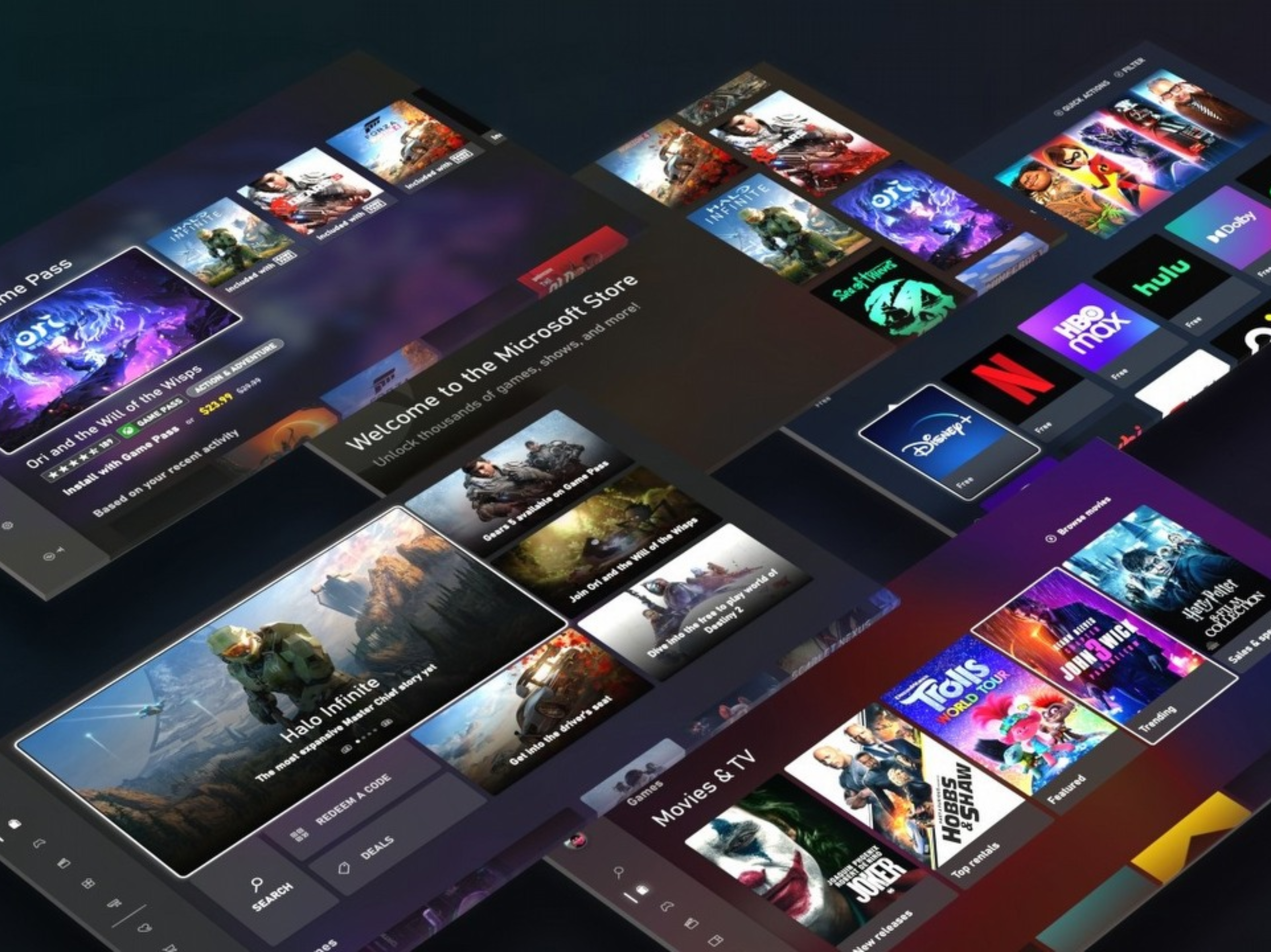 Microsoft is working on a new store app that will adapt the design language from the Xbox version of the Microsoft Store to Windows 10. The new Xbox interface is fluid and fast with a great use of highlights and shadows to guide the eye. Microsoft is making a number of other changes detailed below.

Amongst the visual changes, Microsoft will also allow developers submit unpackaged Win32 apps to the Store, let devs host apps and updates on their own content delivery network (CDN) and let devs use third-party commerce platforms in apps, we assume this means Amazon, Walmart and so on. It is also likely that Microsoft will integrate its experience with its Windows Package Manager into the new app store.

With these new policies, Microsoft can now bring a number of its own apps to the Microsoft Store, like Teams, Office, Visual Studio and even Edge. It is believed that the new Store will be back ported to older versions of Windows 10, so everyone can benefit from these changes. For any additional details regarding the new Microsoft Store app, we will likely have to wait until Microsoft’s Build 2021 conference which is when we will reportedly see the fabled ‘Sun Valley’ visual update to Windows 10.