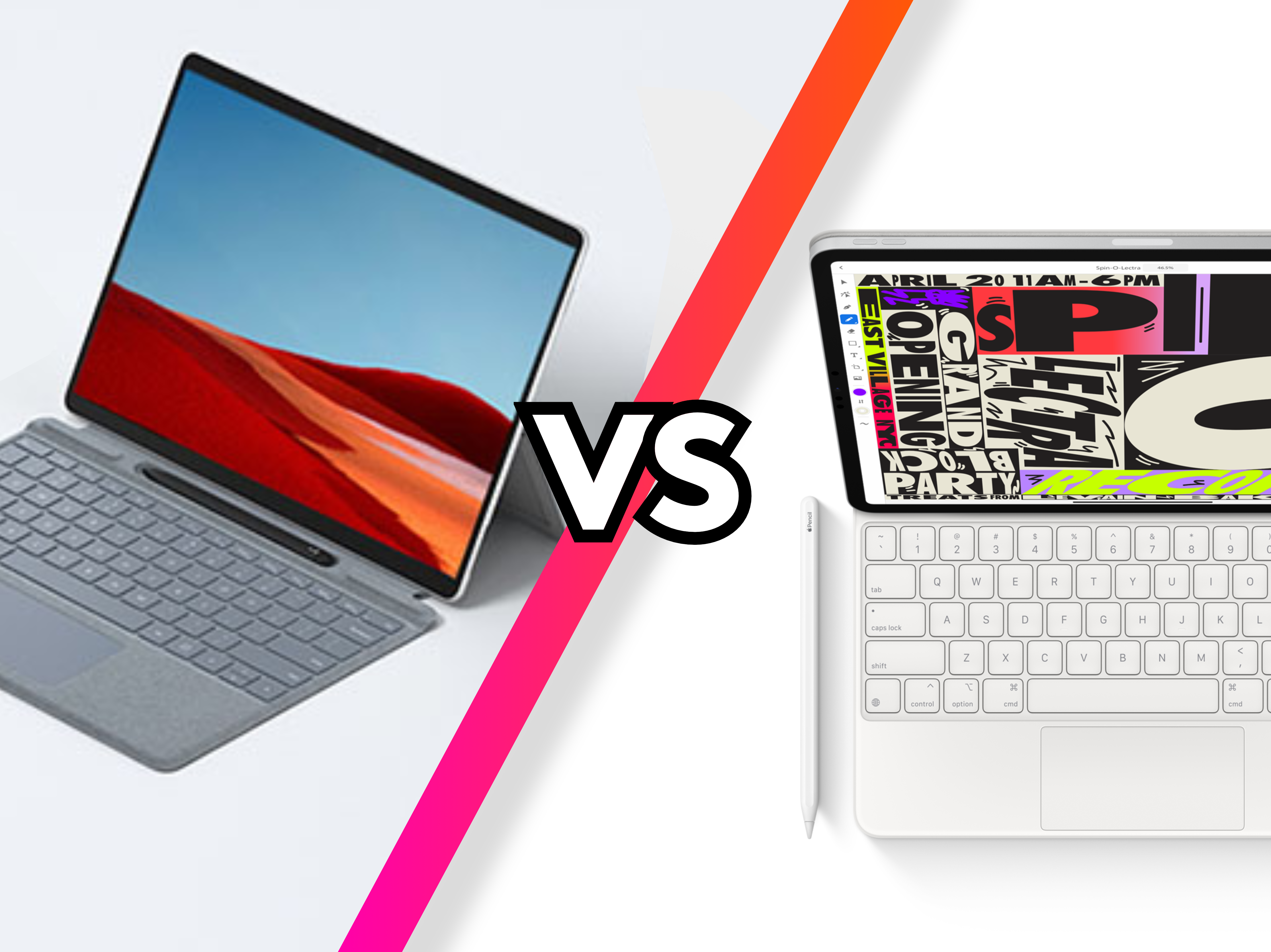 Today Apple gave their iPad Pro models a substantial performance boost by replacing the already fast A14 Bionic with the Apple-made M1 chip. The most powerful ARM-powered PC is the Surface Pro X powered by a custom Snapdragon 8cs Gen2 called Microsoft SQ2. We will examine specs for both Apple’s new M1-powered iPad Pro and Microsoft’s SQ2-powered Surface Pro X.

Microsoft is developing Windows 10 for both x86 and ARM chips concurrently, which could maintain its dominance in enterprise and gaming but could deprive the oxygen Windows 10 on ARM needs to win over developers and prosumers alike. Now that Microsoft has added 64-bit legacy app support to Windows 10 on ARM in preview, Microsoft’s Surface Pro X has only one limitation left, the sheer lack of power of its SQ2 chip vs Apple’s M1 chip.

Apple shipped its M1-powerd Macs shipped without many limitations with legacy app translation and many of its developers releasing their desktop apps with support for M1. But with the iPad Pro, it does not ship with macOS, it instead ships with the tablet optimized iPadOS. Depending on your workflow iPadOS may not satisfy you work needs, whereas Windows 10 may. This is perhaps the biggest thing to consider between these two devices.

At the moment there are no M1-powered iPad Pro Benchmarks, but we have added the passively cooled M1-powered MacBook Air’s Geekbench score above for comparison.

The Surface Pro X has something that none of the M1-powered Macs have, LTE. The Surface Pro X has LTE which means that even if you are not near Wi-Fi, you will still be connected. M1 outperforms the SQ2 in benchmarks. Microsoft and Qualcomm certainly have their work cut out for them, perhaps a variant of the Snapdragon 8280 or Snapdragon 8cx Gen3 will compete better with Apple’s M1.

One thing is for sure the ARMs Race is on! Ultra-powerful and efficient chips powering Macs and PCs are here and coming fast.