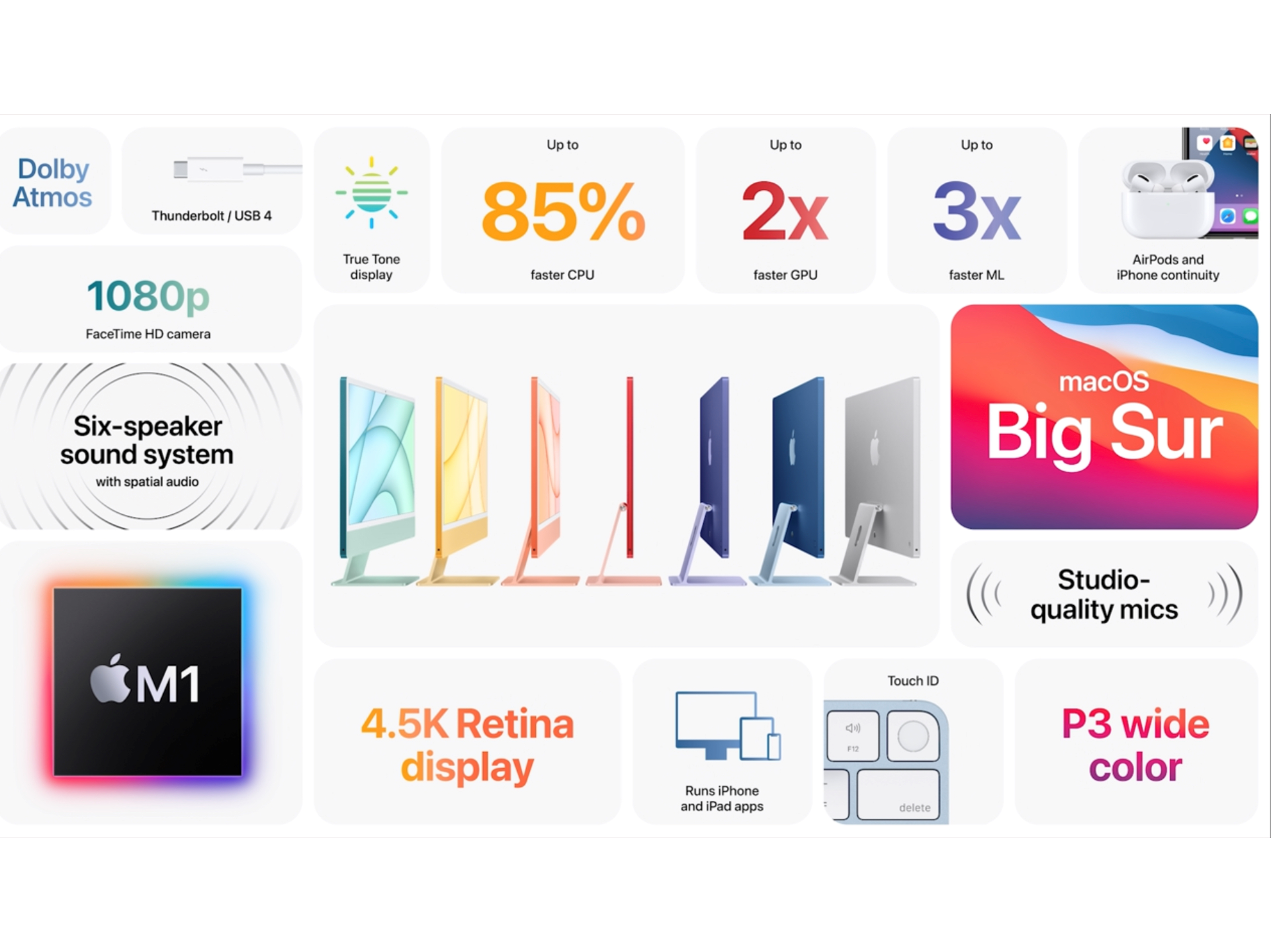 The design refresh for Apple’s iMac finally arrived and it still has the chin, but there are a bunch of colors, white display bezels, a stand that is similar to the XDR display, powered by M1 and a new 1080P webcam. There is a new magnetic power cable that attaches to the back. Ethernet can be connected to the power brick so that the internet connection and power runs through the same cable. It also features four USB-C ports on the high-end model, two of which will support Thunderbolt. The base model has 8GB of RAM and a 256GB SSD.

The new M1-powered iMac is only 11.5mm thin and two small fans inside replacing what Apple called the previous generation’s “bulky thermal system.”

A 24-inch iMac with 256GB of storage, 8GB of RAM and two Thunderbolt ports and two USB 4 ports starts at $1,299 with only 4 colors available. Higher end configurations like a 512GB of storage, 8GB of RAM, two Thunderbolt ports, two USB 4 ports, three USB 3 ports, Gigabit Ethernet and Magic Keyboard with Touch ID included for $1,699 with the all seven colors available. When the configurator is live, you will be able to configure your 24-inch iMac with up to 16GB of RAM and 2TB of Storage, no word on pricing of those configurations yet.